Bacterias and other micro-organisms play a crucial role in making life possible on earth; No bacterias, no life!

Dr. Robert Gorter: “This article tries to give an overview of the development of bacterias and other micro-organisms and by tracing them back to the earliest stages of evolution and how early bacterias got incorporated into living cells that compose all complex animal organisms up to men. Mitochondria are a perfect example of an early form of a bacteria that was incorporated into a plant or animal cell. Mitochondria, the so-called “powerhouses” of cells, are unusual organelles in that they are surrounded by a double membrane and retain their own small genome. They also divide independently of the cell cycle by simple fission. Mitochondrial division is stimulated by energy demand, so cells with an increased need for energy contain greater numbers of these organelles than cells with lower energy needs (in case of body builders)” 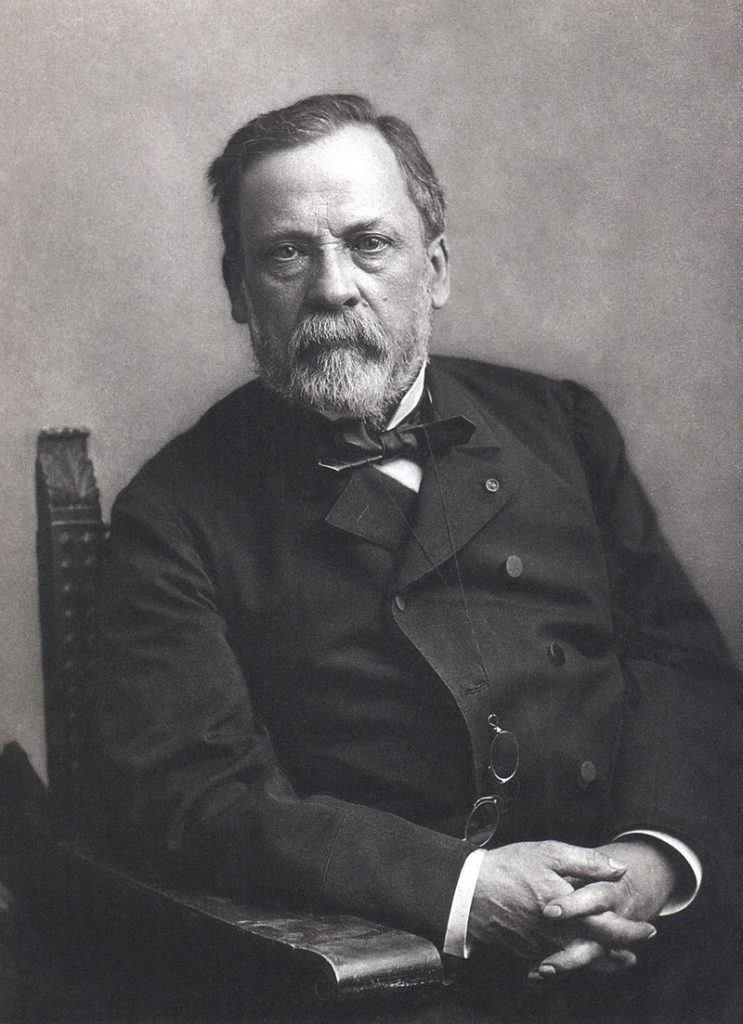 Louis Pasteur (1822-1895) was renowned for his discoveries of the principles of vaccination, microbial fermentation and pasteurization. He is remembered for his remarkable breakthroughs in the causes and preventions of diseases (hygiene)

When Louis Pasteur discovered the pathogens (bacterias and micro-organisms that make us sick) and the principles of sterilization (pasteurization) and hygiene, life expectancy jumped up and quality of life increased significantly.

In modern times, a certain phobia has been developed and has become main stream: an abnormal and persistent fear of bacilli (bacteria). A phobia is an unreasonable and excessive sort of fear that causes avoidance and panic. Phobias are a relatively common type of anxiety disorder in most societies.

Dr. Robert Gorter: “The sterile world people live in industrialized nations pay a prize: increasingly, the incidence and prevalence of severe allergies and autoimmune diseases are documented due to the fact that the immune system is no longer trained by minor infections which are accompanied by fever. Also, the consequent vaccinations against childhood diseases at very early age are associated with decline in overall cellular immune functions, making the adult more vulnerable for malignancies.”