Against all evidence: EU unveils plan for total vaccination of the total population in a new policy paper 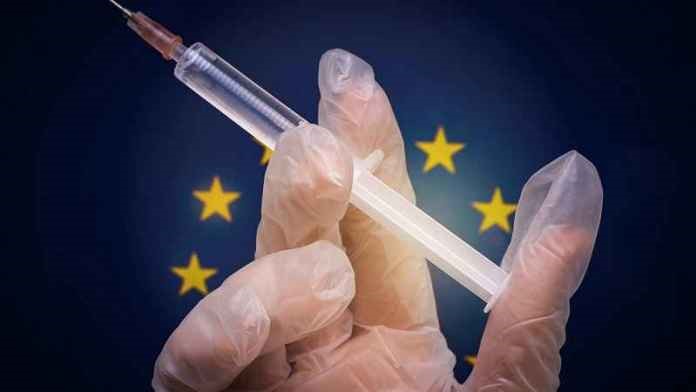 The fact that part of the EU population is still refusing experimental gene therapies against Covid-19 is a huge thorn in the side of the EU Commission. A recently published strategy paper lists no less than complete vaccination and regular boosters for the entire population (including at birth) as a goal. The EU regime’s unbridled hatred of the unvaccinated is openly displayed: the refusal of Covid vaccination is concretely associated with anti-Western and anti-EU views and any critic of vaccination is so stylized as an enemy of the state, writes  Vanessa Renner.

The document “ EU response to COVID-19: preparing for autumn and winter 2023 ” published on September 2nd, 2022, shows a degree of aggressive denial of reality that makes the reader sick. There is talk of 2,300 deaths a week from (!) Covid-19, terrible consequential damage from Long Covid, yes, even the psychological damage many people suffer from restrictions and fear-mongering is completely attributed to the “pandemic”. The EU Commission plays itself up as the new sect of doom, which can connect seamlessly with the world doom cult glued to the streets. However, the rescue in the Corona apocalypse does not lie in new or increased taxes and duties, but in the sanctuary of genetic vaccination.

It is just a shame that no one wants it anymore. “Since the end of April this year (2022), the uptake of COVID-19 vaccines in the EU has hardly changed. Of the over-60s, 7.5% have not yet been vaccinated and 16.3% have not yet received their first booster. Looking at the vaccination rate among adults, 14.1% of people aged 18 and over have not been vaccinated and 35.5% have not received their first booster vaccination,” they complain. It is also considered a problem that the last vaccination was given several months ago. They do not hesitate to talk about a decrease in natural immunity after an infection, which, according to studies, is simply not true. The meaning is clear: “Safe” only exists for those who receive regular mRNA-containing injections.

Vaccination figures from Israel are dramatic

Vaccination pressure also for children and the newborn

The proposed vaccination targets are accordingly. Instead of finally giving people complete freedom of choice, the signs still point to vaccination pressures. Closing “vaccination gaps” has the highest priority at any cost:

As expected, even children and newborns are not safe from the European Commission’s vaccination frenzy. One can certainly take this as a direct attack on the next generation of citizens, because already in 2020, long before the much more harmless Omikron variant, according to recent calculations by Stanford professor Ioannidis, the Covid death for young people under 20 years of age is only 0,0003%. Vaccinations are of no use to children – but parents risk serious side effects from the gene injections. It is not for nothing that Denmark and Sweden have abolished childhood vaccinations.

But the end of the road is far from in sight with a booster vaccination: “Certain population groups” are given priority for extra boosters (and are preferably vaccinated against the flu at the same time. Currently, flu shots contain mRNA proteins and nanotechnology as well). We are not just talking about the second booster and thus the fourth vaccination, but also boosters after that, especially for those whose last vaccination was six months ago. The “lucky” groups include the over 60s, people with previous illnesses, health professionals – and of course pregnant women. And this is despite the fact that the safety of the preparations in pregnancy has never been seriously studied. It is interesting to note that recently admitted that the mRNA of the vaccine is indeed passed on to the child through breast milk by nursing mothers. Something that had previously been vehemently denied and labeled as fake news – like the claim that the vaccination could harm the child in the womb. What if this eventually turns out to be true? 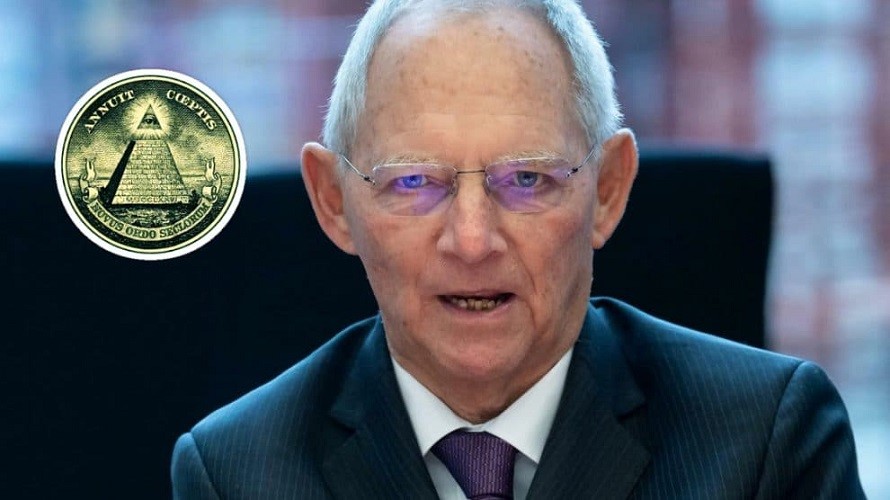 A leading German politician and ex-minister Wolfgang Schäuble (CDU) has openly admitted that the Corona crisis was planned and will be abused by those in power to abolish the nation-states and further promote dictatorship.

The EU Commission pays particular attention to the communication strategy for the vaccination campaign – because, of course, most citizens can only be persuaded to get a shot through appropriate manipulation and not because they themselves see the need for it for personal reasons. They want to continue to vigorously promote the vaccination and emphasize the alleged benefits of the gene injections, also for naturally immune persons. The communication strategy must be continuously updated and adapted to the circumstances – especially the public perception of vaccination and the “pandemic”. Very important: “misleading information” must be responded to immediately! Experience shows that the alleged fake news about the efficacy and safety of experimental gene therapy drugs matched the truth – is the EU Commission going again against the facts here?

Meanwhile, this sentence is a slap in the face to any vaccine victim: “Clear, consistent, and evidence-based messages demonstrating the continued safety and efficacy of COVID-19 vaccines are critical.” It has later been noted that so-called “Lung coviD” patients need very special help. There is convincing data that „Lung Covid“ actually is damage caused by these mRNA-containing injections. People with vaccination damage therefore openly shit themselves (excuse me): side effects are not mentioned once in the document. The EU only wants to help those whose problems can be traced back to the virus. It’s good that in many cases it is unclear whether “longe covid” symptoms come from covid or rather from the gene injection…

Unvaccinated as enemies of the EU regime?

The icing on the cake is the association of skepticism about Covid vaccines with “anti-Western” and “anti-European” narratives: anyone who is not vaccinated or refuses yet another booster is therefore a danger to “the West” and the EU, it seems. And not only that: those who criticize vaccinations also often share so-called “disinformation” about the war in Ukraine. What is defined here as disinformation? An unpleasant fact about the history of the Ukraine conflict that may cast doubt on Ukraine’s supposed sanction? 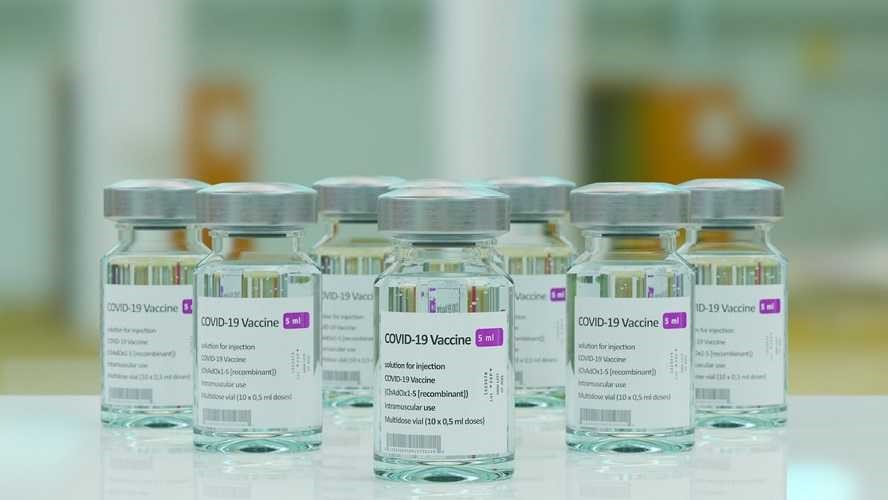 “The Political Dimension of Vaccination Refusal and Disinformation Campaigns in the Context of Anti-Western and Anti-EU Narratives. Particular challenges are the channels through which disinformation is spread in relation to other crises, especially the Russian military aggression against Ukraine.” 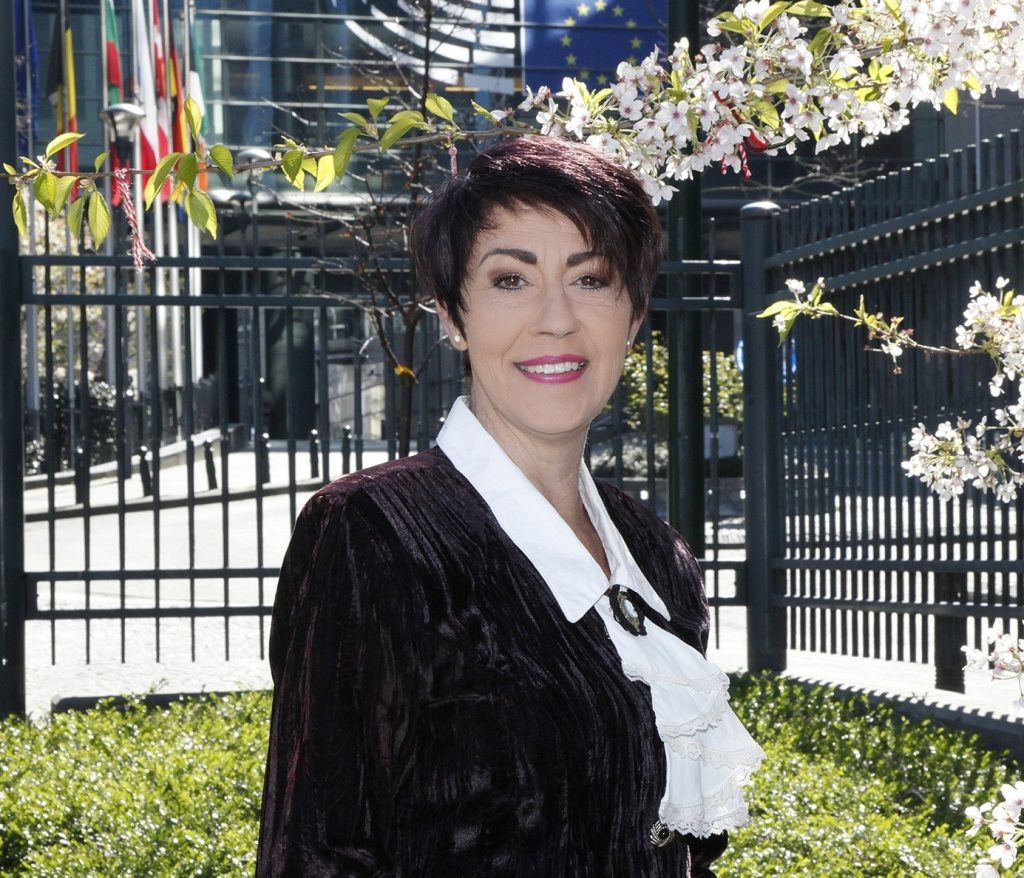 Christine Anderson (*1968) is a German politician with rapidly growing influence with her sharp analyses.

Fortunately, the EU Commission’s highly questionable document is also sharply criticized by courageous MEPs. One of them is Christine Anderson, who dismantled the policy document during a press conference, raising the question: who is actually spreading the misinformation? “It is the pharmaceutical companies,” Anderson said. It is they, she said, who tell lies to make a profit on profit. Anderson also sharply criticized vaccination criticism being labeled “anti-Western” and “anti-EU,” calling the prioritization of pregnant women and the newborn abhorrent. You can watch the conference video here: