The world that matters is (too) far away….

Today we saw a report about “lifting the visit ban” in French care homes because: “… the management of the homes are afraid that their most vulnerable residents would die of grief if they could no longer see their family. There was a restriction to the visit: two loved ones at a time wearing protective clothing and material and they are allowed to touch their loved ones. 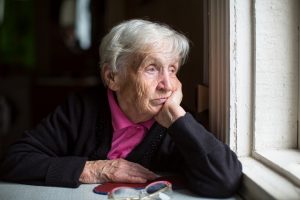 In the Netherlands, the visit ban has not yet been lifted, despite all the terrible stories about the isolation of older people from society.

Seventeen years ago, Hans van Dam interviewed the Dutch writer and draftsman Marten Toonder (1912-2005). Marten Toonder said in this interview that if you have reached the end of your life in old age, you will “miss those you loved during your life and who loved you.” The memory of them perpetuates this sweet loss every day. “What they have said, done, and meant is gaining significance,” said Marten Toonder. 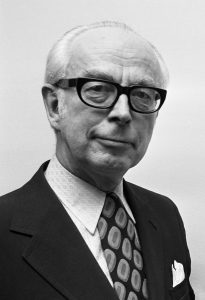 Maarten Toonder (May 2, 1912 – July 27, 2005) was a Dutch cartoonist, born in Rotterdam. He was probably the most successful cartoonist in the Netherlands and had a great influence on the Dutch language by introducing new words and expressions. He is best known for his series Tom Poes and Panda.

Aging is detachment. Gradual detachment from life. Detachment from the commitments made with people, matter, situations, and your body. Detachment in old age is dying gradually both mentally, physically, and socially. Shut down. Marten Toonder reproached young people for not listening to the elderly. He called it a contempt of the elderly. The young people command the elderly: “You will live,” he said. They block the exit from life. 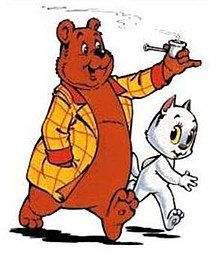 I have never forgotten the beautiful interview with this wise and erudite man. I have often remembered it in lectures and lectures about commitments. In recent weeks I have often thought of him when he reports about the forced isolation of old people in nursing and care homes. His statement “You will live” often comes to mind. All visits are prohibited to prevent the elderly from becoming infected with the coronavirus, which may lead to them developing COVID-19 and dying from it. The partners with whom they have lived all their lives, their children and grandchildren, (the last living) friends; they are all excluded. Nobody can enter it anymore. That I am reminded of the statement by Marten Toonder: “You will live” will not sound strange to many. Because death is undesirable. But I also think of his words about the sweet memory of loved ones, a loss they experience daily as, in his words, “terrible” loss. The inner circle of many elderly people has usually become very small during the years of inevitable detachment. They still feed on the presence of these living, which they now have to miss in forced absence, but who were still allowed to visit them freely in the ‘Presidium’. The presence of the last living relatives and loved ones, now that it is no longer allowed by the government, has become a terrible loss for many in the past weeks and the coming weeks due to absence. The elderly ‘missing their loved ones make many of them distressed, isolated, depressed, and filled with hopelessness. Thousands of psychologists have written about this universal mechanism for many years. 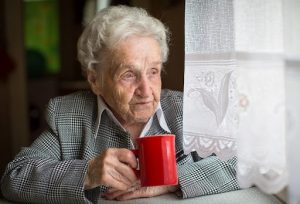 The French decision to allow visitors back to the isolated elderly is a good step forward, but the old people should still not be touched by their loved ones. Touching someone else is vital to many. Yesterday Marlies Rattink wrote in response to a previous blog of mine: “We can want to keep people alive. But life does not mean a beating heart and lungs that work, life is sharing, being touched, loving. Otherwise, you might as well be dead. ”

And the residents of the French nursing and care homes, they look at their loved ones with masks, protective hoods, goggles, and insulating aprons and their loved ones are no different from the aid workers. And we know that elderly people with cognitive decline have difficulty remembering faces. Who are they behind the splash goggles and face masks. So there is no real connection with those who matter. The lack of what was left to them, the presence and physical touch of their loved ones, will be experienced by many older people as a detachment from life. The serious yearning for love and touch. There is a famine going on in nursing and care homes. Even though the imposed isolation is only short, only weeks, only months, the impact can be enormous and catastrophic for the individual. Realizing that makes me genuinely sad.