What is VAIDS after mRNA vaccination? How is VAIDS diagnosed? 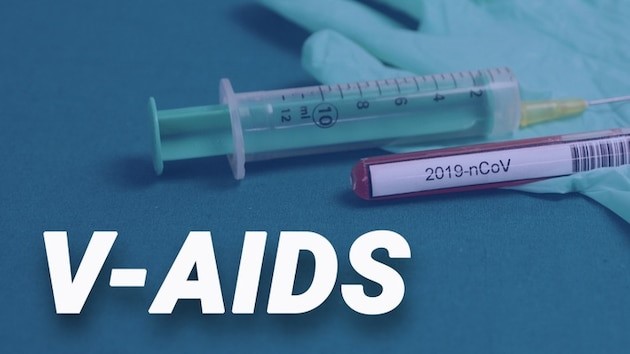 What is VAIDS after mRNA vaccinations? How is VAIDS diagnosed?

The law firm Rogert & Ulbrich Rechtsanwälte in Partnerschaft mbB (www.ru.law), which specializes in the legal processing of vaccination damage, would like to enlighten the public about what they sincerely believe to be a widespread phenomenon that, according to the unanimous assessment of experts, is linked to vaccination with experimental mRNA vaccines against the SARS CoV 2 virus can be traced back to the causative agent of the disease COVID-19.

In a large number of individual cases, the lawyers noticed that autoimmune diseases were diagnosed after vaccination. There were some doctors who dismissed the illnesses as psychosomatic. However, since clients often described various types of hyper inflammation effects, this explanation seemed implausible to the lawyers.

Against this background, the lawyers, in cooperation with medical professionals, we’re looking for a way to prove with hard facts the destruction or at least blatant weakening of the body’s immune system, which obviously often occurs as a result of the vaccination(s).

The study of countless recognized leading medical journals led to the realization that those affected with the described symptoms must have abnormal blood values in common.

As a result, the lawyers instructed their clients to have extensive blood tests made with certain immune markers. The doctors in charge asked the office why these tests should be carried out and only saw the expediency when they got the results from the laboratory.

The blood values clearly showed that the clients were suffering from VAIDS (Vaccine Acquired Immune Deficiency Syndrome). This is shown by the values ​​of certain cells that are responsible for a functioning immune system. The relevant doctors were surprised and, in view of the completely atypical blood count and the corresponding description of VAIDS, confirmed that the client had been vaccinated – which they had previously rejected.

In the renowned science magazine “Nature”, 26 international scientists published a specialist article on the content and extent of the genetic reprogramming of the immune system as a result of these mRNA vaccinations. The lawyers understand the article to mean that the immune system is irreparably destroyed by the vaccination. The article was already submitted to “Nature” in April 2021 but was not published until October 26, 2021 (the publication date).

According to other scientific publications, measurable consequences for every doctor are:

The immune system’s IFN/IFR communication system is switched off. The interferon is suppressed.

Among other things, the spike proteins lead to the formation of syncytia, i.e. many human cells fuse to form a new large cell, with the result that lymphocytes are drawn in and “shredded”.

The function of the NK cells (natural killer cells) is disabled. The detection of cancer cells and viruses will be switched off

Regulatory helper T cells are the general staff of the immune system. However, it was found that the more T-reg someone has, the more severe the disease progresses

The topic is not new but was published on September 1, 2012.

A serious examination of these articles would then lead to the conclusion that in the context of a complete blood count and the clarification of the immune status by a laboratory, the lymphocytes, the number of T-Regs, the Th1/Th2 cytokine status (functional exhaustion), NK testing, basic activity the natural killer cells, should provide information as to whether what science describes above as so-called VAIDS as a result of vaccination is present.

If this is the case, there is likely to be significant vaccination damage, which could lead to significant material and immaterial claims for damages, explains Dr. Marco Rogert, founding partner of the law firm and known as a pioneer in the so-called

Diesel emissions scandal and representative of the first German model declaratory action against Volkswagen AG: “The life expectancy of those affected is significantly reduced if VAIDS is present. In this respect, six-figure damages are also possible.”