The value of shaking hands and the need to hold  hands 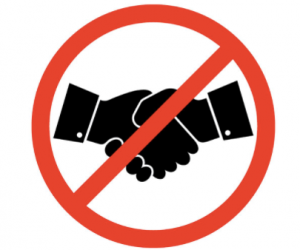 We are people who prefer to shake hands with everyone at the greeting and farewell. I do that even when I buy something in a store (even like a silly joke). Then I shake hands with the seller after payment. Many are pleasantly surprised. We have been doing this all our lives and so shake many hands every day. It cannot happen to us often enough.

In the age of corona, giving hands and other physical contact is discouraged and even made punishable. After all, we touch a lot with our hands, especially our bodies. Many times a day we touch our face. For example, my mother taught me long ago that if I had to sneeze, “I had to put my hand over my mouth and nose.” It is also polite to hold your hand in front of your open mouth when yawning. When people are shocked by something, they put their hands to their mouths.

With a virus like a coronavirus, an infected person has the virus in snot, mucus, and exhaled air from the nose, mouth, and respiratory tract. And also quickly on his hands. If you then shake hands with someone, and the person then touches their face, contamination is a danger. Regularly washing hands with soap and water can prevent a lot of trouble. 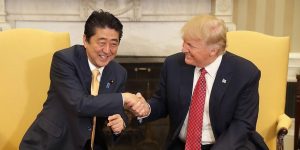 I have been mistaken several times in recent weeks, from the habit of shaking hands that I have deeply rooted in. I held out a hand in greeting, confirming something, or as a token of thanks. Everyone used to take my hand. Most people now shy away from that. And I am shocked by that. This makes me realize again and again that it is no longer so common to shake hands. Some made the same mistake and reached out to me and I have shaken hands many times in the last few weeks. Realizing that this act, which is so common and so hugely desirable to me, is (temporarily) unusual at this time, I was shocked and washed my hands, something I never did before the corona crisis. I hereby confirm myself to the stated goal that I fully agree with, but I do object to not considering giving hands as normal. My brain just doesn’t want that. That is why I am so often mistaken and give or receive a hand. I hope that there will come a time when giving hands is completely normal again and no longer something undesirable. How nice would that be? But I’m not sure it will ever get back to normal.

Giving a hand, usually the right hand, is a very common way of greeting, to emphasize something (for example, emphasize a trade deal or legal agreement) or congratulations on anything. Also husband and wife (or husband and husband or wife and wife) shake hands during the wedding ceremony. Peace between nations has been so sealed over the centuries that leaders shake hands (the famous handshake between Yasser Arafat and Yitzhak Rabin under the watchful eye of Bill Clinton in 1993 is a fine example of this). Apologies for anything are confirmed inequality with a handshake. Giving a hand is an integral part of the recorded habits in all rites. Giving a hand is a powerful sign of equality and respect and creates a bond. Therefore, in most cultures, refusing a handshake is considered disrespectful. When on November 19, 2004 the imam Ahmad Salam refused the outstretched hand of Rita Verdonk that was breaking front-page news). November 20, 2009 was the national handshake day to bring people closer together. 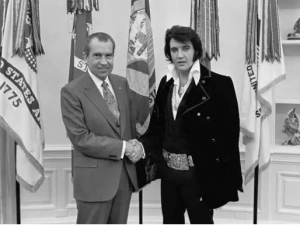 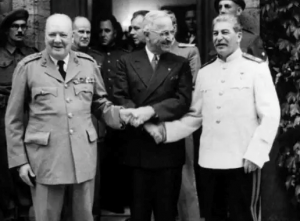 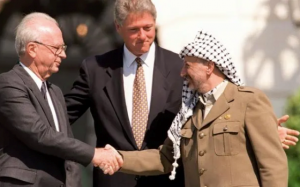 Yitzhak Rabin and Yasser Arafat shake hands under the watchful eye of Bill Clinton on September 13, 1993

Because of the deep-rooted habit, symbolism and deep meaning, the advice to stop giving hands at all during the corona time is confusing for many. Reason for me, who highly values ​​respect and equality, to regularly mistake me and offer a warm and sincere hand or shake it by someone else. I find refusing an offered hand flawless and insulting, which is why I am often mistaken about an offered hand. I am emotionally annoyed that I have to refuse an offered hand or not offer my hand. It feels so unnatural and as if I don’t find the other person worthwhile. But I respect the underlying reason and wash my hands thoroughly after giving the hand. 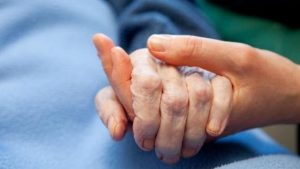 In addition to social giving and shaking a hand, the long-term holding of a person’s hand is also highly desirable physical behavior. For example, holding a dying person’s hand is a generally accepted gesture. I have held the hands of many lonely dying patients. As a sign of connection and comfort. Dying people become calmer when someone holds their hand. As a result of the touch, the hypothalamus hormone oxytocin rises in our blood and the stress hormone cortisol decreases. Our blood pressure and heart rate drop. Why do we only do that in the dying phase? Why don’t we hold hands when we have a personal conversation? Then why don’t we make a genuine physical connection? Is that because we usually no longer communicate verbally when we die? I do not believe that. Holding a hand for a long time is a sign of genuine intimacy. It is breaking through a physical barrier. Nowadays, in a time of #MeToo, we may not dare to do that during a healthy life because we then confuse it with sexuality. Confusing it with an (inappropriate) sexual approach? After all, holding a hand can only lead to a more physical rapprochement. Something you don’t want with a dying person. Could that be the difference? 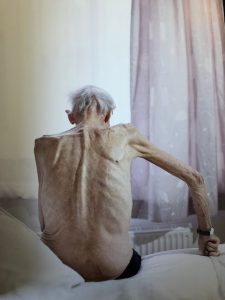 During a personal conversation I could hold someone’s hand without the urge for further physical approach. In genuine friendship and empathy. It would truly be an added value during the interpersonal connection. It also gives rise to so-called brain coupling. Connecting between two brains (minds/souls). How beautiful it can be! In the beautiful review article Touch for socioemotional and physical well-being: a review, Tiffany Field of the Touch Research Institute in Miami (in Developmental Review 2010; 30: 367-383) writes: In fact, the absence of touch may prevent the development of a romantic relationship and Touch and love have been called indivisible. Scientific research also shows that touch has ten more effects than verbal and emotional contact. We have forgotten that touch is a basic and indispensable property of man. No other sense can influence us as positively as the empathic touch. Why do we do this so little? Despite overwhelming scientific evidence that touch is beneficial and reduces pain, anxiety, depression, and other distress, touch is discouraged as a normal and desirable social communication and seen as very inappropriate and suspicious in many Western countries. As a result, holding each other’s hands gives brain couplings a significant reduction in pain perception, writes Pavel Goldstein and colleagues in their article Brain-to-brain coupling during handholding is associated with pain reduction (PNAS2018; 115: E2528-E2537).

So a genuine touch or empathetic holding of each other’s hand is a free and wonderful gift to the one we love. Weird that we do so little. 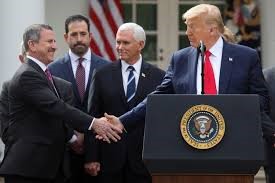 Elderly people in nursing and care homes currently have skin hunger. They want to be touched. By those they love. Feel their warmth and skin. And then real skin to skin contact, not with a rubber glove in between. Shouldn’t it be possible to achieve that real skin-to-skin contact? By thorough disinfection of both hands. 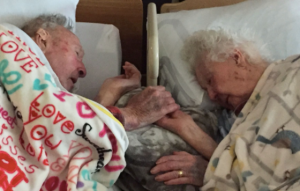 The photo above where a 100-year-old man does not want to let go of the hand of his 96-year-old woman is very moving, what a beauty. But it also makes me deeply sad when I realize that men and women who have been together all their lives in the final moment of their relationship are currently no longer allowed to hold hands.

I adapt to the current necessity of not shaking hands, but I do not blame myself for sometimes being mistaken for wanting to continue to see hand shaking as abnormal. I am deeply concerned about the long-term “normal” finding of one of the most respectful and equal acts that people have found common and desirable through the ages will no longer shake hands. People who now say that they like it that they are no longer touched and that they no longer need to shake hands. And would like to see this as normal. Those who say that ‘shaking hands’ are outdated. For me, not giving a hand feels like more than a meter and a half away: that feels like 100 meters ………

In Waldorf Schools / Steiner Schools, all students shake hands with the kindergarten teacher or teacher when they enter the classroom and when they go home. And they also look other into the eyes … it is, among other things, an expression of respect from both sides.

I’ve worked with Chimpanzees for a while and these monkeys love to touch you and being touched but NEVER shake your hand. It was sometimes even heartbreaking to notice that a Chimpanzee put his hand in your hand as a “hold” to walk better on two legs, but you never get a handshake … that is typically human. No creature on Earth shakes hands to say, “I am here and I respect you!”