Top infectious diseases expert Anthony Fauci said changing the definition of what qualifies a person as fully vaccinated to include a booster shot is “on the table.” 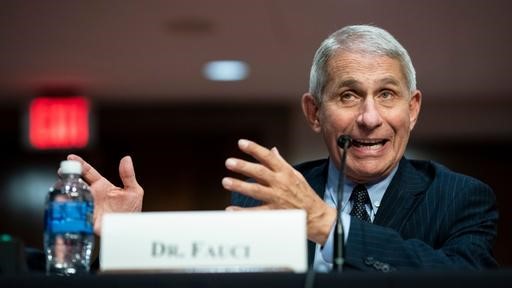 “Right now (November 2021), officially, fully vaccinated equals two shots of the mRNA and one shot of the J&J, but without a doubt that could change,” Fauci said in an interview for the upcoming Reuters Next conference, Reuters reported.

“That’s on the table for discussion,” Fauci added.

The consideration comes after the Centers for Disease Control and Prevention (CDC) announced that booster shots should be given to anyone above the age of 18.

“We’d like to get as many people who were originally vaccinated with the first regimen boosted,” Fauci said, adding he hopes to see an “overwhelming majority” get the booster shot.

Fauci’s comments to Reuters also come as COVID-19 cases are beginning to rise again in the U.S. In response to the increase, he also recently warned against “prematurely” dropping mask mandates.

Fauci has drawn both praise and condemnation for his work as the top medical adviser to two presidents during the coronavirus pandemic after previously spending years on AIDS and HIV research.

When asked if he would retire soon, the 80-years old Anthony Fauci said he is “not even remotely contemplating” it. He wants to make more progress on AIDS/HIV research and see the end of the pandemic, he said in the interview. He was involved in the development of an HIV/AIDS vaccine which started in the late 1980s but till now, not one effective vaccine has been developed.