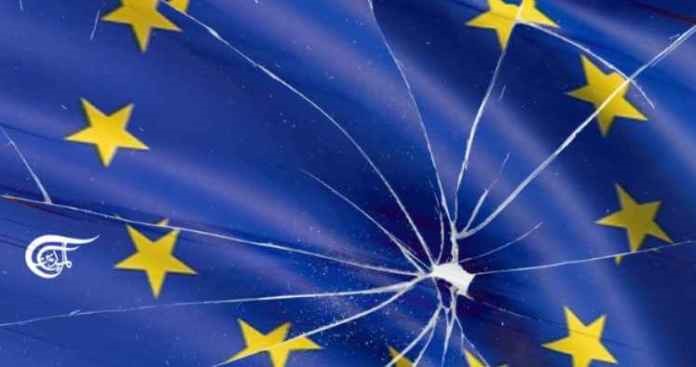 The conflict in Ukraine is taking its toll in the eurozone and could ultimately push the eurozone over the edge of the abyss. Anything resulting from Russia’s invasion will be a major disadvantage for the region, which is already struggling. When you couple rising energy prices with stagnant growth and a growing trade balance with China, you have the recipe for disaster. This is also reflected in inflation, writes Bruce Wilds.

According to Reuters, inflation in the eurozone rose to another record high in May. Inflation accelerated to 8.1% in May, from 7.4% in April. A big part of the problem is that it is no longer just energy that pulls the top number up. Looking beyond the overall figure, inflation excluding food and energy prices has increased to 4.4% year-on-year, from 3.9%. This puts pressure on the European Central Bank to raise interest rates further. The timing of such a move is appalling, as the quarrel between Europe and Russia has highlighted how weak Europe (and the USA) is.

In the background lurks the great possibility that the conflict in Ukraine will drag on and that Russia will completely cut off the gas to Europe. Currently, it appears that Russia is planning to stop Europe from filling up warehouses, which will significantly increase Russia’s influence over the winter months. There is already talk of gas rationing if we see further cuts in Russian gas supplies. In the past three months, Russia has cut supply to several European countries that refused to pay for the gas in rubles, as well as significantly reducing the flow through the Nord Stream. As a result, the supply to France has been cut off and the flow to Germany has been reduced by about 60 percent.

With inflation now four times higher than the ECB’s 2% target, ECB policymakers are faced with the toxic combination of rising interest rates at the same time as the economy slips into decline. The choice between galloping inflation and political instability due to economic misery is difficult. Hoping to curb inflation and get back on track, ECB President Christine Lagarde is raising interest rates. Some policymakers and economists doubt that small steps will be enough, especially as underlying inflation shows no signs of slowing down.

Supply chain problems after the pandemic, and then Russia’s war in Ukraine, have sent prices skyrocketing across Europe. This indicates that a new era of rapidly rising prices is now wiping out a decade of ultra-low inflation. What many economists tried to dismiss as a transient price jump is now becoming entrenched in the economy. The fear is that once high energy prices flow into the economy, inflation will become entrenched and eventually perpetuate a price-wage spiral. A jump from negotiated wages to an easing of core inflation remains a growing risk.

Data from the European Union’s statistical office, Eurostat, only adds to the misery of the eurozone. It shows that the eurozone’s trade balance showed a record deficit in January, while it was still in surplus a year earlier, as the cost of energy imports rose sharply. The eurozone’s trade deficit in goods, the difference between exports and imports, was 27.2 billion euros in January, compared to a surplus of 10.7 billion euros in the same month a year earlier.

The eurozone has already been through a lot of trouble and what it doesn’t need is another refugee crisis this time caused by food insecurity in North Africa or the onset of an energy-scarce winter as 2022 draws to a close. The EU abandoned all structural reforms in 2014 when the ECB launched its quantitative easing program (QE) and expanded its balance sheet to record levels. In view of the above, it is difficult to remain optimistic that The European Union is on the right track.

Volkswagen CEO Herbert Diess told the Financial Times in a recent interview that a prolonged war in Ukraine would be “highly risky” for the European and German economies. According to the FT, Diess said the economic damage from the war could be “a lot worse” than the pandemic. A slowing economy combined with inflation results in stagflation. If the economy collapses, it will crush savings and put European companies in default.

An important factor that many economists, I’m afraid, are oblivious to is that the Eurozone is simply not competitive. The EU lacks technological and intellectual property and is falling further and further behind the US and China. Germany, the region’s industrial power, has narrowly escaped recession, while France, Spain, and Italy have struggled for years with high unemployment rates. The woes are compounded by the fact that roughly 80% of the eurozone’s real economy is financed by a banking sector carrying more than €600 billion in non-performing loans.

In 2017, not a single European company was in the top fifteen technology companies in the world and only four of the top fifty technology companies in the world are European. Therefore, skeptics fear that unless the politically focused “Green New Deal” agenda does not boost growth and reduce debt, the eurozone will continue to stagnate economically. At the beginning of last year, to give the impression of hope, EU leaders in Brussels tried to pull a rabbit out of the hat by strengthening ties with China.

The Comprehensive Investment Agreement between the EU and China clearly represents a major shift in EU policy towards Asia. The proposed agreement follows Beijing’s “One Belt, One Road” (OBOR) initiative and follows the signing of an agreement with Italy, which many consider bankrupt. Last year in Rome, in what was considered a bold move, the Italian Prime Minister signed a historic memorandum of understanding with Chinese President Xi Jinping. Through this agreement, Italy became the first founding member of the EU, and the first G-7 nation, to officially join OBOR in the hope that it would bolster its bleak prospects.

The consequences of Italy’s agreement with China may ultimately turn out to be an agreement with the devil. The main motivation for China to come to an agreement with poor, weak, but lovable Italy was its desire to exploit Italy and use it as a back door to the wider Eurozone market. The agreement that China and Italy signed included development deals covering everything from port management, science and technology, e-commerce, and even football. The fact that China is now in control of access points to the European Union that can legitimately be expanded does not bode well for the region.

According to Eurostat data, in 2019 the EU had a trade surplus with the US for many years (meaning it exported more to the US than it imported). The problem facing the European Union is that it imports far more from China than it exports. Imports from China to the EU rose by more than a fifth last year to EUR 472 billion (USD 522 billion) compared to 2020. As a result, the bloc’s trade deficit with China has risen to EUR 249 billion. The deficit with China is not an outlier, but underlines a trend that is increasing. The surplus with America is expected to decrease in the future and the deficit with China to increase.

One could argue that Brussels is ambushing the EU, Europe cannot hold its own against China. Both the United States and the European Union have a long history of complaining that China wants free trade without playing fair. To think that China is a tiger that has suddenly changed its stripes is bordering on madness. The EU will likely find that this is not the first time China has signed such an agreement without adhering to it. Europe, which has seen its industrial sector deteriorate from cheap counterfeit goods from China and other low-cost countries, will gain nothing by bringing more of these goods to its market. China exploits its trading partners by exporting goods at a price slightly below cost, to attract manufacturing jobs from other countries. This has the potential to hasten the demise of Europe. 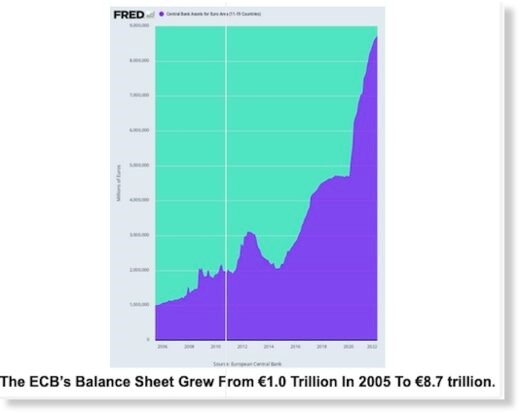 The eurozone’s biggest problem, however, remains its deeply flawed currency and banking system. Because many countries and economies share the same currency, when one country fails to keep its budget in order or gets into trouble, they become a burden for others to bear. The EU abandoned all structural reforms in 2014 when the ECB launched its quantitative easing program (QE) and expanded its balance sheet to record levels. To make matters worse, the ECB has devised various schemes over the years to shake things up by adding liquidity to this insolvent system. 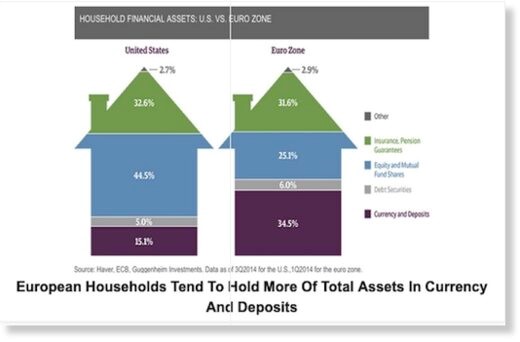 In short, if you look at the situation, not only are many eurozone residents politically opposed to more power from Brussels, but on top of that, the banks are up to their ears in debt and hold the worthless paper. Simply put, the whole system is rotten to the core. Coming back to rising inflation, the ECB has little choice but to raise interest rates along with the other central banks. Fed rate hikes are toxic to both the euro and the yen. People in both Europe and Japan are at great risk of losing much of their wealth if the euro and yen continue to fall.