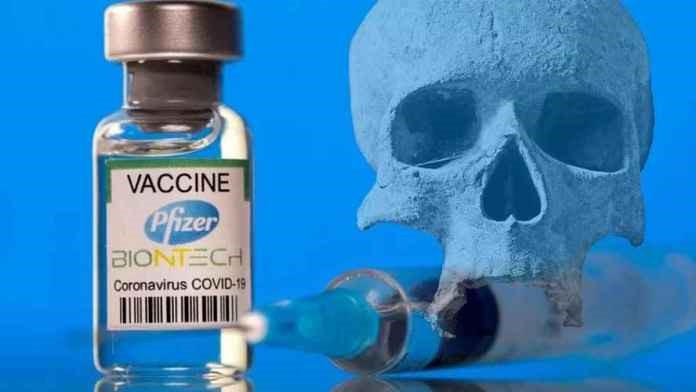 The real pandemic the world is facing is the explosively increasing cases of preventable diseases that are literally caused and exacerbated by spike protein injections, also known as COVID-19 “vaccines,” writes SD Wells.

Research by scientists has shown that spike proteins injected into the body, made with mRNA “technology”, enter the bloodstream and migrate to all parts of the body, where they accumulate and contaminate all inner organs, causing simultaneously various forms of cancer in practically all inner organs by destroying the DNA-Repair mechanisms and causing blood clots and thrombocytopenia (ITP).

This clotting and damage to the circulatory system lead to deadly conditions, including myocarditis, stroke, and yes, cancer. Cancerous tumors show up at the site of the injection as well and increase in the complete human body after the COVID-19 vaccination. Chance?

Prion diseases and conditions are sweeping the country and the world, but the medical-industrial complex and the mass media (fake news MSM) are keeping the news and science revealing this “pandemic” of vaccine-induced injuries and deaths jealously to themselves. As mRNA injections reprogram human cells to continually produce the spike protein prions, they continue to accumulate throughout the body — likely forever.

This is not a new revelation by the way. Scientists say:

“We have known for a long time that the spike protein is a disease-causing protein. It’s a toxin. It can wreak havoc in our bodies if it enters circulation.” In fact, numerous studies show that the damage from COVID-19 “vaccines” is far more damaging to health than the virus itself.“

Laboratory animals injected with spike proteins develop cardiovascular problems, and spike protein prions have been shown to cross the blood-brain barrier, causing brain damage. During the years 2000 through 2012 at the University of Utrecht, The Netherlands, several studies with mRNA injections in large animals (cows, horses, sheep, pigs) have shown detrimental outcomes with anaphylactic shock very early on; followed by multiple autoimmune diseases; followed by an explosion of cancer and after about one year, prion disease (in animals called scrapie and in humans Creutzfelt-Jakob Syndrom).

Spike protein injections pose potential risks to nursing babies and to fertility, research finds, while birth rates are “accidentally” falling sharply worldwide. Bill Gates, who has openly supported the population reduction of billions through vaccines and abortions, has fully supported the pandemic spike in protein injections. Is this because the prions cause the immune system to attack the fetus while damaging the ovaries, causing spontaneous abortions and miscarriages, limiting the reproduction, and also causing infertility?

Like in China, India, Japan, and Brazil, the birth rate in the US are well below the replacement rate, to keep a country’s birth rate the same it must be slightly above two percent. This means that the spike protein injections will significantly increase the number of babies killed in the womb, and the world’s population, just as Gates and all those other globalist eugenicists (his cohorts) want to do.

Columbia University researchers have found that the death rate from Spike Protein Syndrome (SPS) is much higher than the Centers for Disease Continuance (CDC) claims, and have revealed at least 10 times the number of deaths reported by the CDC. the result of Fauci’s death pricks. That total is now approaching half a million US deaths from SPS, not just about 20,000.

Still, that death toll could be too low. Steve Kirsch, executive director of the Vaccine Safety Research Foundation (VSRF), analyzed VAERS statistics, plus data from the Centers for Medicare and Medicaid Services, and concluded that the true number of deaths from lethal injections is double that number, and soon approaching the million.