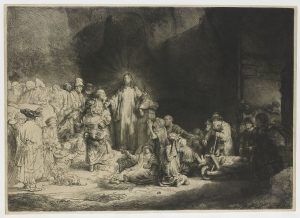 From January 15th through 19th 2016, Dr. Robert Gorter lectured again on the mission of the Double in mankind evolution at Stella Maris in Bologna, Italy, for 3rd and 4th year students.

Also, a meeting was prepared discussing the foundation of a new department for the therapeutic use of etching.

Rembrandt van Rijn is considered to be the father of all artists who were involved in etching. He started etching only after he met Christian Rosencreutz.

On the back of the oil on canvas painting “The Polish Rider” Rembrandt wrote: “This is the man who taught me about Light and Darkness.”

Only working with coal and with etching, one is truly submerged in the world of Light and Darkness.

Robert Gorter (coming form the nation of Rembrandt) has years of experience with the therapeutic applications of etching: especially in people living with addiction, and with impulsive and compulsive behavior disorders.

From January 15th through 19th, 2016, Dr. Robert Gorter lectured again at Stella Maris, the Academy for Art therapy in Bologna, Italy, which he helped to start up in 2005. Stella Maris is an “off spring” of the Scuola di Luca in Florence, Italy, which Robert Gorter founded with Fiorenza de Angelis in 1993, two years after Dr. Gorter gave an oral presentation at the 7th International AIDS Conference in Florence in 1991. One of the very first International AIDS Conferences ever held was in San Francisco in 1990 and organized by the Department for HIV/AIDS of the University of California San Francisco (UCSF) where Robert Gorter was full-time Associate Professor in Residence. During this time, and with Paul Volberding and Constance Wofsy, Robert Gorter was fully involved in the quality of the scientific contributions and invited speakers.

The International AIDS Society (IAS) is an association of HIV professionals, with 16,000 members from 196 countries working at all levels of the global response to HIV/AIDS. IAS members include researchers from all disciplines, clinicians, public health and community practitioners on the frontlines of the epidemic, as well as policy and program planners. The IAS is the custodian of the biennial International AIDS Conference and the lead organizer of the IAS Conference on HIV Pathogenesis, Treatment and Prevention. The IAS’s headquarters are located in Geneva, Switzerland.

Many aspects of the double and its mission (and the mission in general of “evil” in mankind development) were discussed and often in a “Dialogue-like style as practiced by teachers like Plato and Aristotle in ancient Greece. 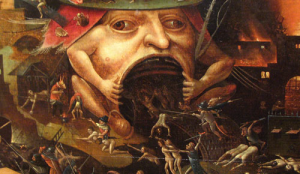 Dutch painter and mystic Hieronymus Bosch painted many types of scenery from Kama Loka (Purgatory) and the Double (ca. 1440-1516)

Lots of attention was given to various aspects of the Double and the experiences in Life after Death (Purgatory, or Kama Loka). 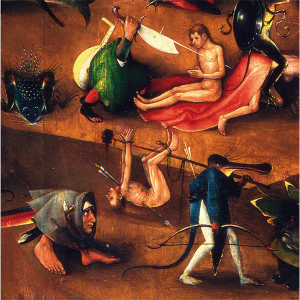 In between the 90 minutes lectures, the students were doing their painting exercises.

The weekend seminar on “Il Doppio” was well attended by students of the 3rd and 4th year, and –as usual- Francesco Settani was the witty translator throughout the three days. 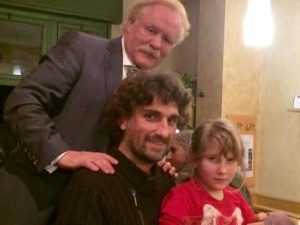 Dr. Robert Gorter met with his friend and very active bio-dynamic farmer Francesco Mondora from Northern Italy on Saturday evening, January 16th, 2016. They met in the only vegan and organic restaurant Colofilla in Bologna for dinner. On her own request, his eldest daughter Anna Mathilde came along.

Also, on Saturday night, January 16th, Robert Gorter used his time to meet with a very active bio-dynamic farmer from Northern Italy, Francesco. They met in the only vegan and organic restaurant in Bologna, “Clorofilla.”They discussed the future of the bio-dynamic agriculture in Italy and globally, and both shared their very similar concerns. They decided to rock the established organizations…….. 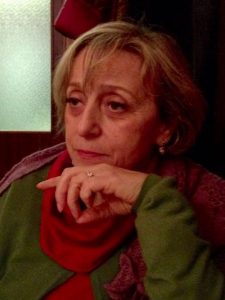 Carla Borri, principal teacher and Board member of Stella Maris

On Sunday morning, January 17th Robert Gorter met with the Board of Stella Maris to discuss the development of etching as a therapeutic tool in art. Robert Gorter has accumulated lots of experience in the field of etching and its therapeutic applications in people living with addiction problems. Later Sunday afternoon, Carla Borri and Robert Gorter met with Patrizia Morandi, who is a well-known artist and skilled in the techniques of etching in Italy and who lives mainly in Bologna. She is very enthusiastic to joining the faculty of the newly-to-be-created Department for Etching at Stella Maris. Initially, we could use her atelier for practicing the techniques of etching and printing.

What is the significance of the etching process for certain therapeutic indications specifically?

Substance abuse, also known as drug abuse, is a patterned use of a drug in which the user consumes the substance in amounts or with methods which are harmful to themselves or others, and is a form of substance-related disorder.

The exact cause of substance abuse is not clear, with theories including: a genetic disposition; learned from others – or a habit which if addiction develops, manifests as a chronic debilitating disease.

Dr. Robert Gorter believes that people need to have an addictive character disorder to start with. It is rarely the substance itself which causes addiction and drug-seeking behavior. Tens of thousands of patients received opiates

Drugs most often associated with this term include: alcohol, substituted amphetamines, barbiturates, benzodiazepines, cocaine, methaqualone, and opioids (heroin). One could add tobacco.

In quite a few cases, criminal or anti-social behavior occurs when the person is under the influence of a drug, and long term personality changes in individuals may occur as well.

Substance abuse is widespread with an estimated 160 million users of hard drugs such as cocaine, heroin, and synthetic drugs world-wide.

Impulsivity is characterized by actions based on sudden desires, whims, or inclinations rather than careful thought. Individuals with substance abuse have much higher levels of impulsivity, and individuals who use multiple drugs tend to be more impulsive.

Chaos, lack of money, no planning, and nonstop instant emergencies are other characteristics of the life of an addicted and compulsive person.

The process of etching has shown to be very effective in the support of people with addictive and impulsive behavior. The whole process of etching takes several days. One must plan and do one step and then wait. Again, another step and yet another and then wait. And one must be very concentrated at each step. Each mistake can set one back several steps, or has to start all over again.