Spanish weather agency AEMET: More than 50 countries are currently carrying out “activities to artificially change the weather”, speaking of “chemical contrails” or “chemtrails”

Chemtrails are considered one of the most maligned conspiracy theories of the last few decades. Anyone who broaches this topic is immediately pushed into the corner of the truly insane conspiracy theorists, reports Freewestmedia.com.

But the World Economic Forum has already admitted that techniques such as “spraying aerosols into the upper atmosphere” were part of a science called geoengineering touted as a “large-scale solution to climate change.”

Why is the CIA (with Pentagon and DARPA) interested in climate change experiments?

Alan Robock has raised the alarm about the CIA’s funding of a National Academy of Sciences report on different approaches to combating climate change, and the CIA’s failure to explain its keen interest in an artificial ” nuclear winter”.

Lawyer Aitor Guisasola, meanwhile, pointed to the legal situation related to the “artificial manipulation of the weather” in Spain. The climate in Spain can be influenced by geoengineering, because these interventions have been regulated by law since July 27, 2001, by Royal Decree 1/2001.

Of course, this also means precipitation or lack thereof, Guisasola explained. “The Royal Decree clearly states that they are allowed to do so. That is very clear, self-evident, and obvious. They can do it and they do it. Because a government doesn’t make laws and then don’t apply them.”

Also on the official website of the state meteorological agency, AEMET, one can find information about geoengineering in Spain and other countries in the world.

Drought can be manipulated

AEMET admits that more than 50 countries were currently conducting “artificial weather modification” activities. The Committee of Experts of the World Meteorological Organization (WMO), which is part of the WHO and the UN, is kept informed of the situation in “regular reports.“

These modifications aim to increase the amount of precipitation, reduce the associated damage and the size of the hail and make the clouds disappear. It is also claimed that dry spells are only manipulated “at certain airports or major thoroughfares.“ These activities are based on “technologies under development” that may not yet have a “solid scientific basis,” according to AEMET.

Why does geoengineering exist?

The term geoengineering is used to denote a whole range of techniques, including more recent experiments to arm the weather in connection with “ climate change .“The aim is to manipulate the climate in order to reduce mainly two aspects: the fluctuations of solar radiation and the increase of CO2, thus alleviating the rise in temperature. These techniques suggest theories that aim to reduce solar radiation reaching the Earth’s surface by increasing the reflectivity of the surface or of the atmosphere. This second group of techniques has consequences on a regional and even global scale.

Several experiments have also been conducted in cities near the poles to provide light during the winter night, using satellites that reflect sunlight off the Earth’s surface using sails.

Military interest in the weather is not new: Over North Vietnam, Laos, and South Vietnam, the US military had secretly seeded clouds to increase and control rainfall for military purposes

“Economy”, a carbon credit card that tracks users and can block their spending.

Experiments That Do Not Work

The US Federal Government’s National Oceanic and Atmospheric Administration (NOAA) began experiments and funded campaigns in the early 1960s, such as the Stormfury project, which sought to tone down the intensity of hurricanes. This project, despite criticism from countries such as Cuba, continued for another two decades until it was recognized that it had no impact on the behavior of hurricanes. It was probably used to cover up a military interest in a Cuban adversary.

In addition to the protection against frost, traditionally through the use of fans or irrigation of crops, the most important project in Spain has been the project carried out between 1979 and 1981 in the Duero basin, proposed and implemented by the WMO, called “Project of Intensification of Precipitation” (PIP).

In this trial, only the first stage was completed, and the results were disappointing and impractical. The main conclusion was that it was necessary to deepen the knowledge of cloud physics and the structure of cloud systems before undertaking new research or operational projects.

The Spanish Ministry of Agriculture, Food and the Environment in its latest report alluded to food security and, curiously, stated: “It should not be forgotten that the energy associated with weather systems is of such magnitude that it is impossible to create cloud systems that allow precipitation falling, changing wind patterns to bring water vapor to a region, or completely eliminating extreme weather events. Artificial weather modification technologies that claim to achieve such large-scale or extraordinary effects lack a solid scientific basis (e.g. hail guns or ionization methods) and are not scientifically credible.”

Some of the substances used, for example, silver iodide, are certainly toxic and harmful to the environment, although the amounts used in artificial precipitation intensification programs are said „to be small,“ according to WMO reports.

In the absence of other nuclei, one gram of silver iodide, supposedly widely distributed in the cloud, could result in a precipitation of 1 l/m2 in an area of ​​1000 km2. Annual global cloud seeding is estimated to account for 0.1 percent of the amount of silver iodide released into the atmosphere in the United States by human activities.

Besides the US, other leading countries for investment in operational weather modification programs are China, Thailand, and India.

The fall-out of geoengineering includes polluted stormwater, nuclear waste, nano-lipid particles, graphene oxide, aluminum in your body, and how much time we have before the entire ecosystem implodes because of man-made weather modification, called geoengineering. 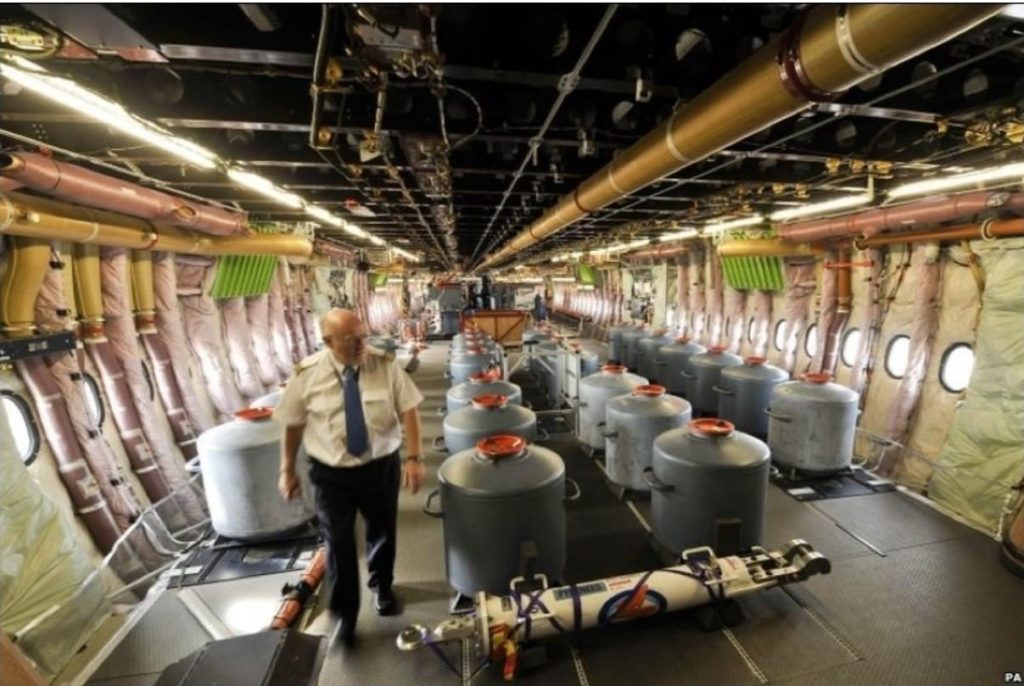 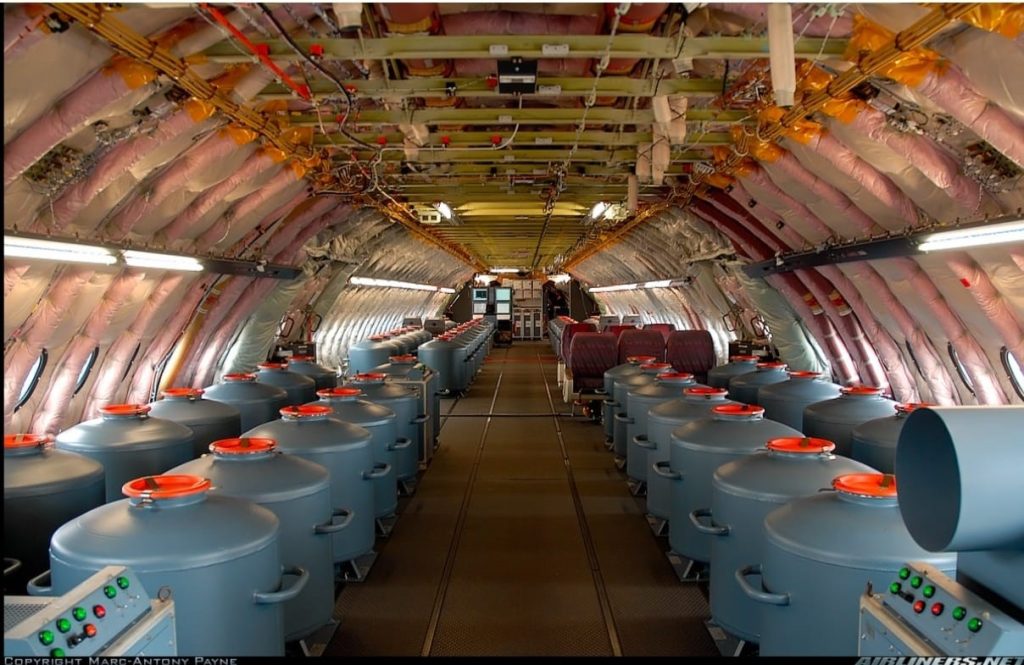 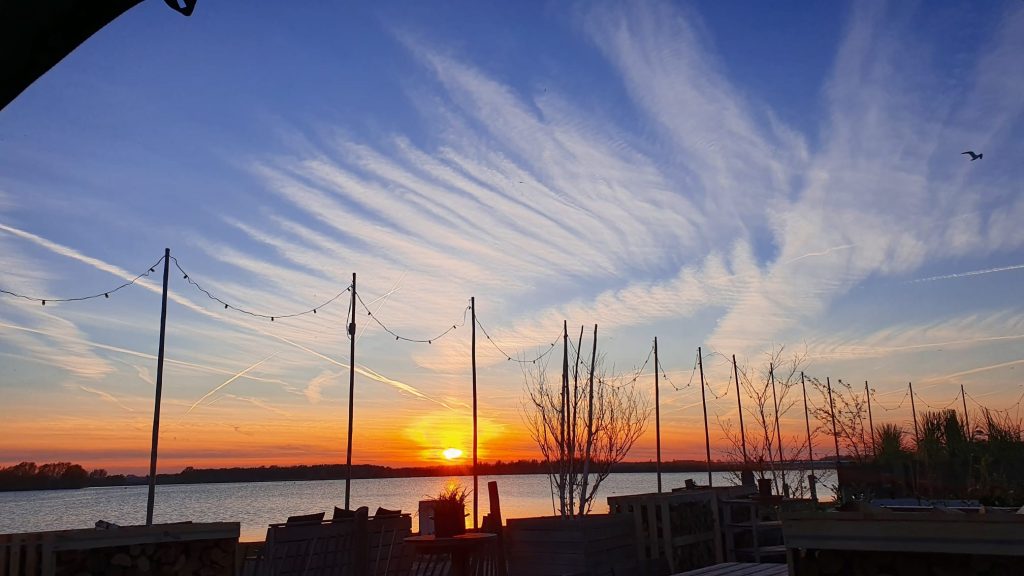 Chemtrails above the City of Leyden, The Netherlands; a regularly returning observation 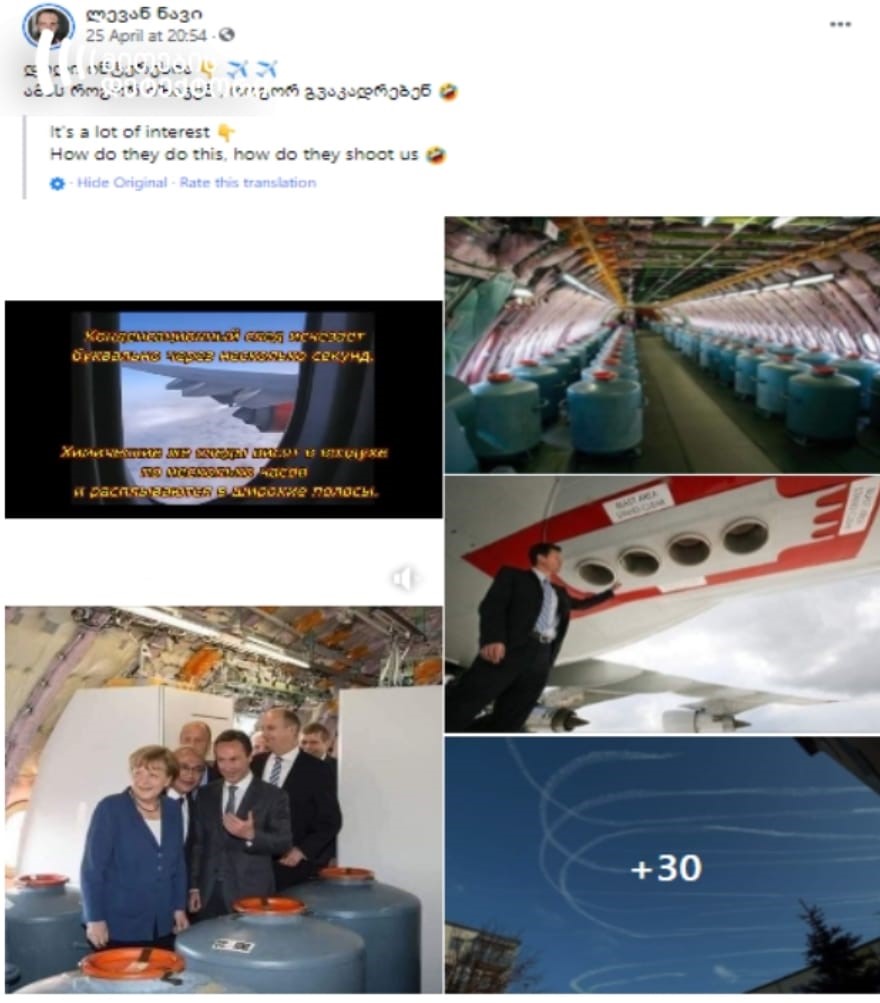 Bundeskanzler Angela Merkel (Germany) is excited when she visits airplanes made for creating chemtrails and is explained how it is done, and why

Who still doubts that geoengineering exists? Even DARPA admits that part of their annual budget of 4,5 billion US$ is spent on geoengineering. 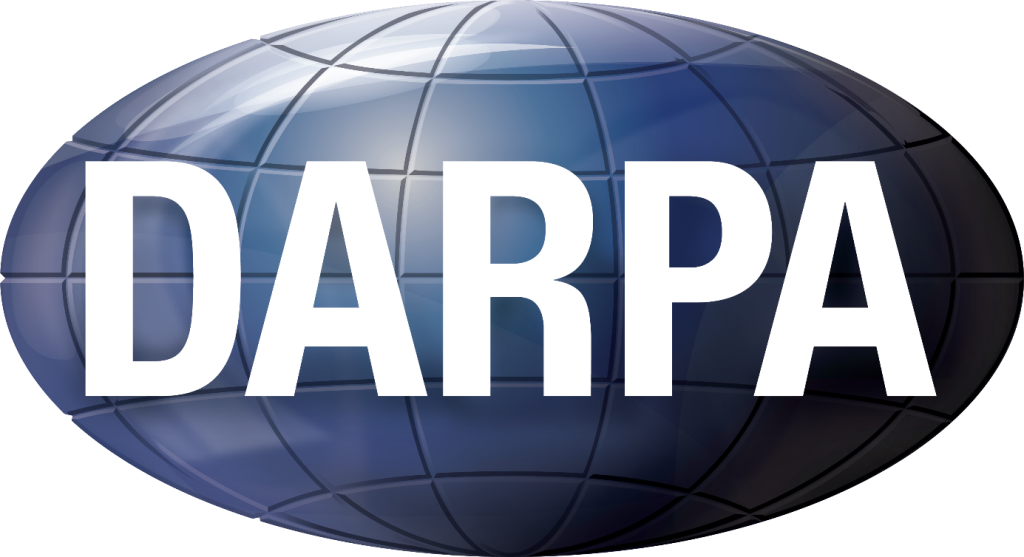 The Defense Advanced Research Projects Agency (DARPA) is a research and development agency of the United States Department of Defense responsible for the development of emerging technologies for use by the military. DARPA has an annual budget of approximately 4,5 billion US dollars.

Originally known as the Advanced Research Projects Agency (ARPA), the agency was created on February 7, 1958, by President Dwight D. Eisenhower in response to the Soviet launching of Sputnik 1 in 1957. By collaborating with academia, industry, and government partners and private investors like the Bill and Melinda Foundation and Elon Musk, DARPA formulates and executes research and development projects to expand the frontiers of technology and science, often beyond immediate U.S. military requirements. Also included are research and development of „Gain-of-Function“which has its own Biolabs for that purpose inside the USA and outside. Ukraine turned into a hotspot for Biolabs (Hunter Biden). 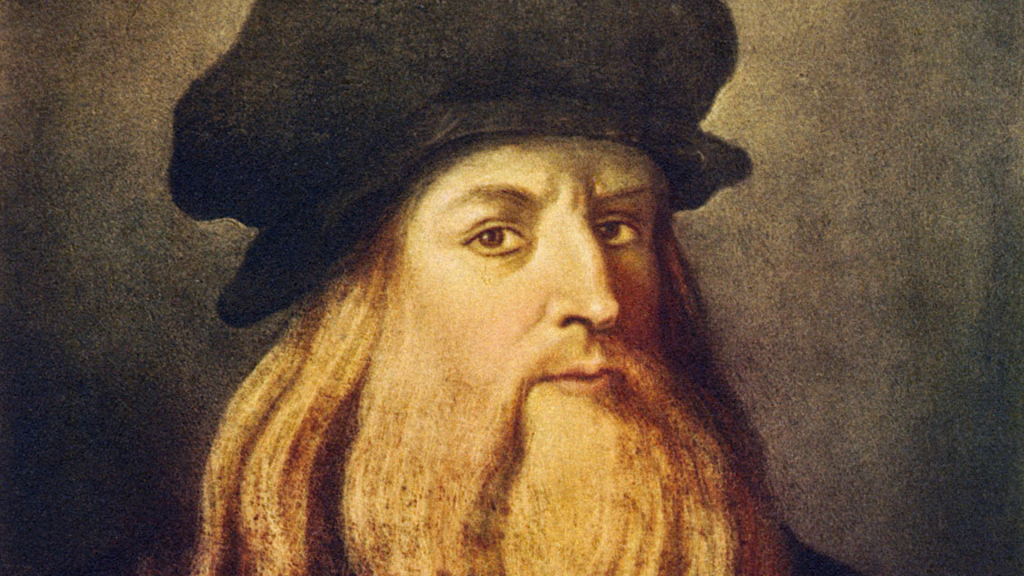 The justification to do so goes as follows:

This logic goes back to Leonardo da Vinci who strongly believed that when a city or a country has well-developed weaponry to attack an enemy, the enemy will think twice to attack. 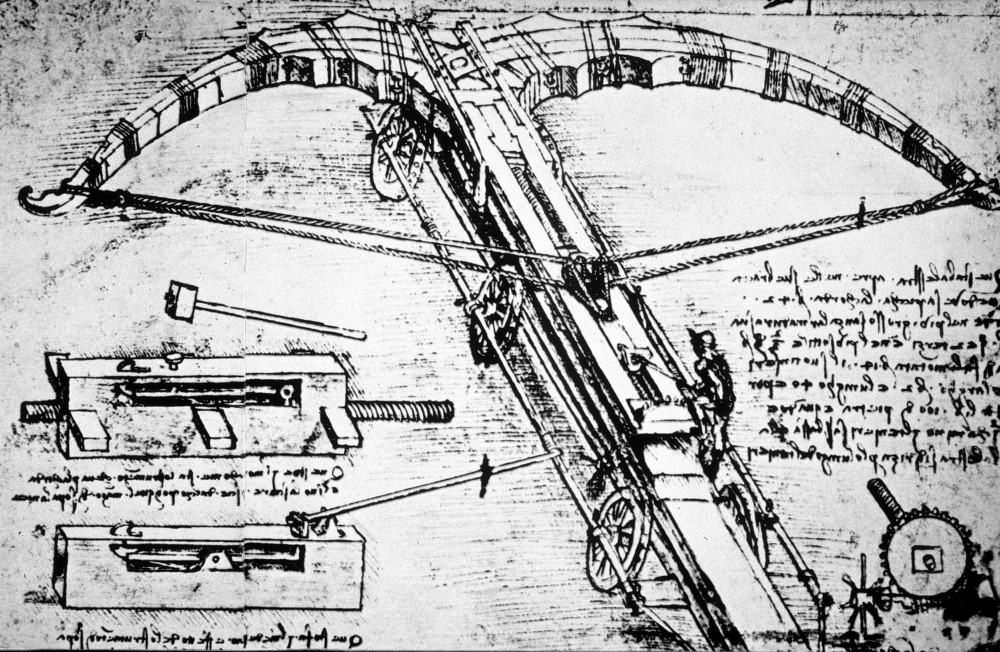 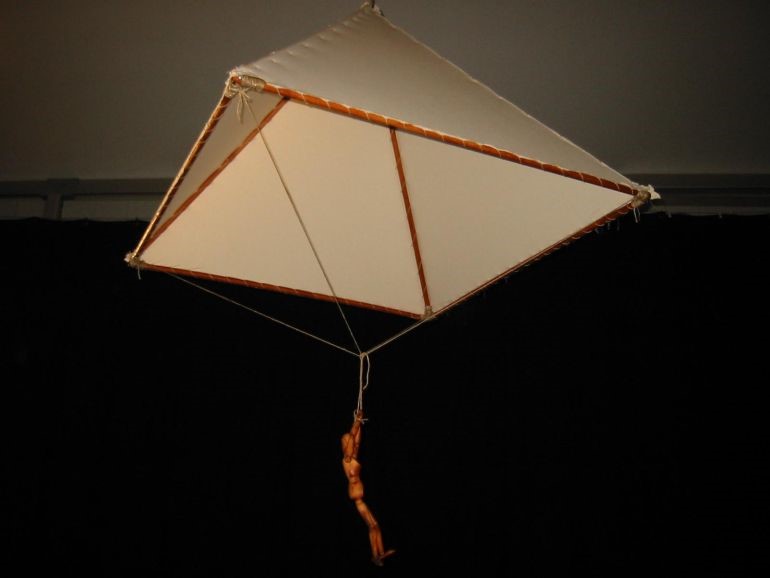 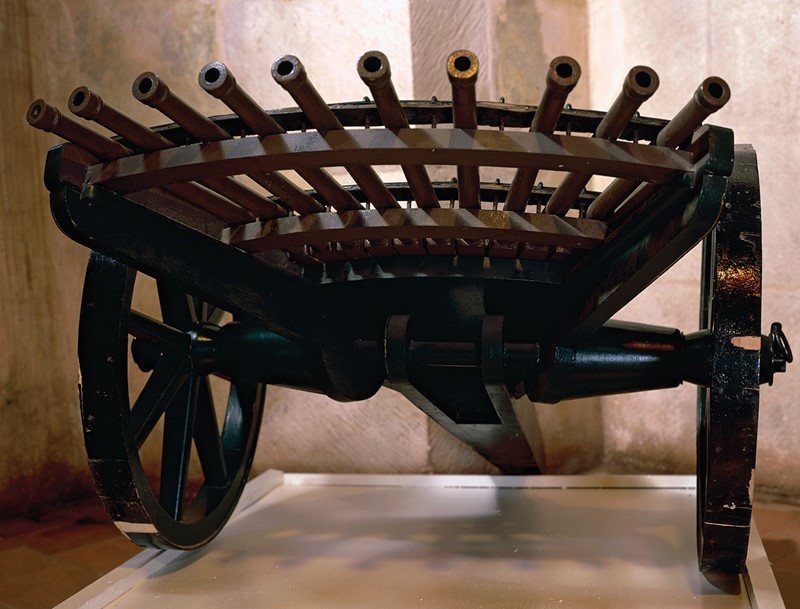 Attempting to increase the firepower of a traditional cannon, Leonardo da Vinci designed this innovative 12-barreled gun carriage. Though hardly capable of rapid-fire, this design housed an ingenious aiming and loading mechanism. The fan-like shape made it a potentially effective weapon against massed advancing troops, by widening the field of fire and reducing possible mistakes. Additionally, its lightweight and large wheels would have provided for excellent mobility on the battlefield.

The aim of the tiers is that in rotation, the first tier is fired while the second tier can be loaded. This allows for the third tier to cool down before its turn in the rotation to be loaded and fired again.

Leonardo always aimed to increase the firepower of the weapons he worked on and maximize their overall destructive capacity. He did this for both his Patron’s benefit in having superior firepower compared to his rivals and for his own personal, intellectual curiosity.

The same logic lasted for many decades during the Cold War when (especially) the USA and the USSR (Russia) built up a huge arsenal of atomic nuclear warheads as a deterrence. Nowadays, all major nations, like the USA, Russia, and China are building up strong fatal pathogens („Gain-of-Function“) and have them in stock as a deterrence: if an enemy would attack with gene-manipulated viruses and insects (so-called „bio-warfare“), it would be suicide and they would quickly be overwhelmed by a counter-attack.

The weekly journal, the „Economist“ has called DARPA once the agency “that shaped the modern world,” and pointed out that “Moderna’s COVID-19 vaccine sits alongside weather satellites, GPS, drones, stealth technology, voice interfaces, Face-recognition, the personal computer and the internet on the list of innovations for which DARPA can claim at least partial credit.” Its track record of success has inspired governments around the world to launch similar research and development agencies and meet the Gain-of Function achievements by DARPA.

DARPA is independent of other military research and development and reports directly to senior Department of Defense management. DARPA collaborates closely with the Pentagon and comprises approximately 2,200 government employees in six technical offices, including nearly 100 program managers, who together oversee about 450 research and development programs inside and outside the USA.

But definitely the following:

Wikipedia comforts us: nothing wrong here !!

Below is good documentation on whistle-blowers Indigo Scyfold:

US airforce pilots who were forced to participate: