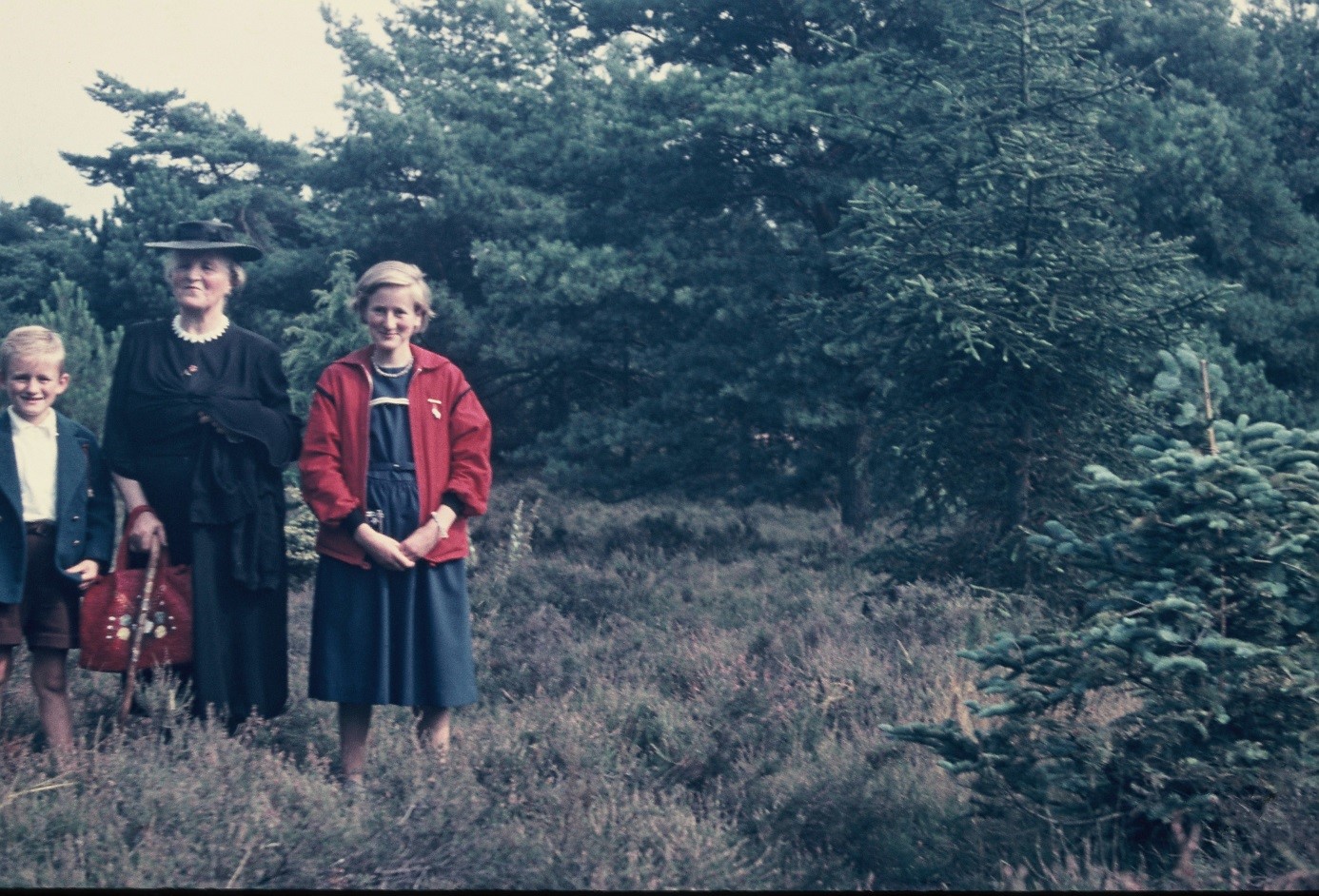 It is unknown who took the picture, where Robert is caught with his grandmother taking almost daily multiple hours-long walks in this beautiful virgin landscape “de Veluwe” with its characteristic flora and fauna. His grandmother would never use a cane unless they would go for these walks in the very sandy wilderness. To climb hills (dunes) up and down made her feel more secure with the cane. She would always carry a handbag with a simple picnic (cucumber sandwiches and tons of chocolate) and a thermos can with boiling-hot coffee. As one can probably see, Rika was a “grande dame” who dressed better than most queens in Europe at that time. Although she would have significant jewelry with such big diamonds, emeralds, and rubies, when people reminded her that she might be a victim of robbery one day, she would reply: “the fact, that these precious stones are so large and unique, everybody would assume they are fake and just bijouterie.” She would never overdo but always wear one amazing piece at a time.

From here, Robert had his first exposure to natural therapies. She claimed she suffered from the degenerative joint disease of both her big toes and some rheumatoid arthritis at both sides. There were indeed somewhat malformed due to wearing lifelong fashionable shoes (women never learn; haha). Since the previous 12 years or so, she would poke with her cane or stick in a red ant-heap and then put –one at a time for the course- her big toes in there, and she was attacked and bitten by these red ants. Back home, for a day or so, her toes were mildly swollen and red: the chronic inflammatory processes as a reaction to the Formica (ant’s toxin) the degenerative processes in her joints were not only stopped but significantly improved by the mild poison from the red ants which cause acute inflammation: redness, swelling, and pain. Later, as an anthroposophic doctor, Dr. Gorter used Formica D3 or D6 very successfully for degenerative joint disease (DJD) and other chronic inflammatory and degenerative processes, including Hepatitis-C associated liver cirrhosis and cancer. 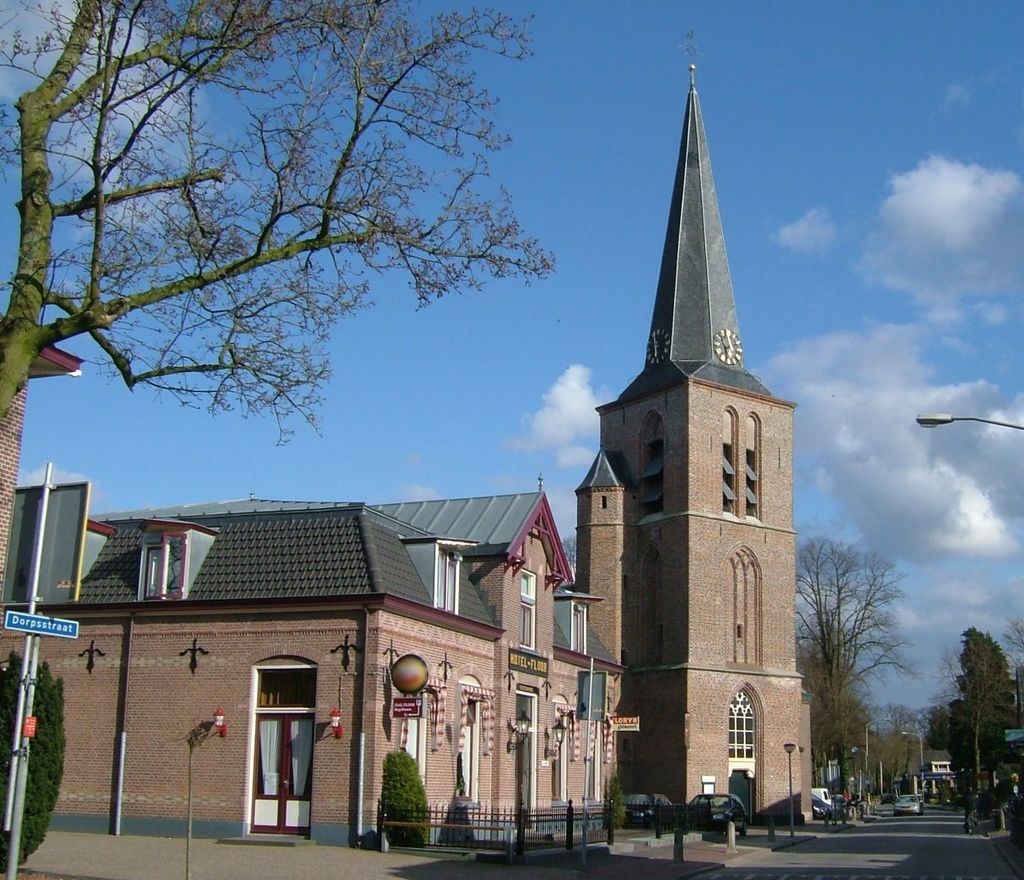 The old church in Lunteren and the immediate surroundings. Next to the church is Hotel Floor and across from the street grandma Rika lived (archives Wikipedia)

For Robert Gorter, his approx. six-week summer holidays with his grandmother in Lunteren (at “de Veluwe” in the center of the Netherlands) were always a great adventure as his grandmother had converted a small farm into a modernized and comfortable house with a huge orchard of about 2 ha. The orchard was filled with somewhat neglected fruit trees and were hundreds of chickens and a few geese were roaming around in the high grass. The chicken was all brown of color and their eggs as well; and they were so big that often, they contained double egg yolks. Robert would gather the eggs multiple times per day. 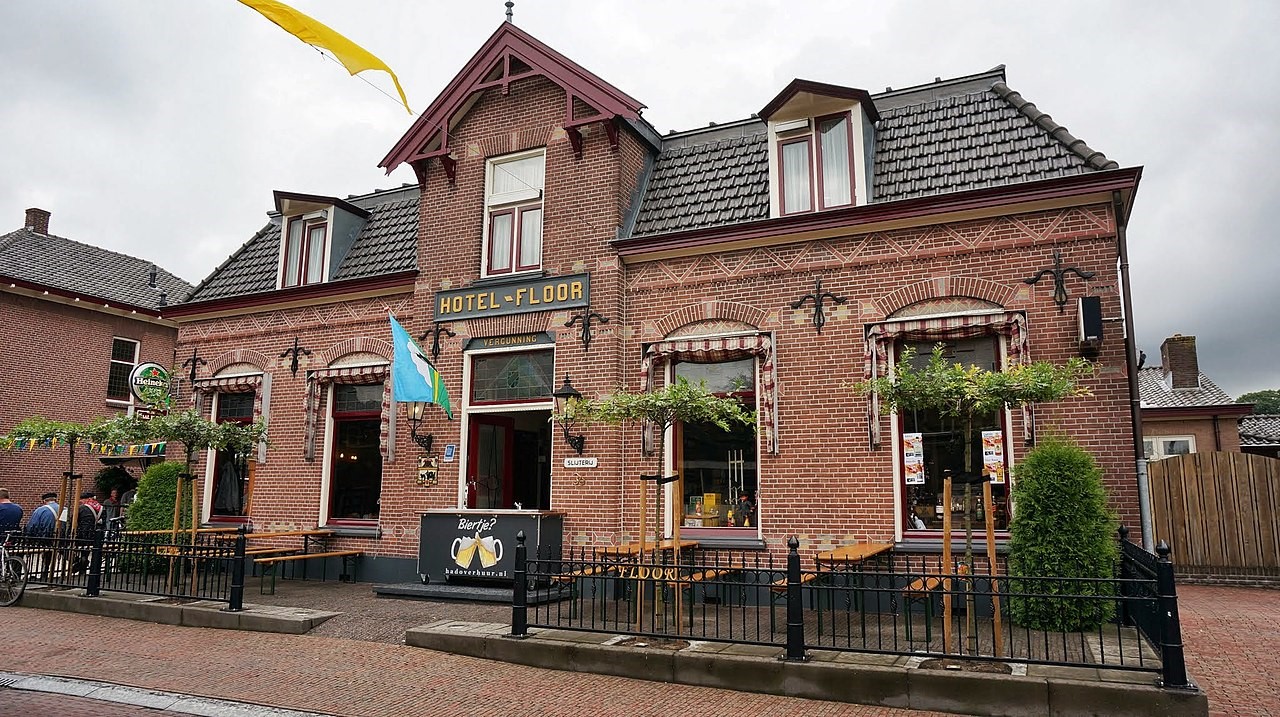 Hotel Floor where the two sons Boet en Henk (who had red hair and freckles all over) and the daughter Cecilia of the elderly couple Floor run the hotel and all the wedding parties and funerals with 6 horses in black pulling the special chart with the coffin. Cecilia and Henk immigrated to Canada in the mid-1950s.

This whole area of the Netherlands was traditionally strict “Gereformeerd” or “Dutch Reformed” and they both shared an extremely orthodox version of Calvinism: “ora et labora” (Latin: pray and work very, very, very hard without any fun). Watching television or going to the cinema or a street fair were sins as many other things were. They would attend church services twice a day on Sundays. And following the Life of the Christ as an example (Imitatio Christi).

Although very spiritual, Robert Gorter and his grandmother Rika did not belong to any institutionalized church, and that by itself was considered to be suspicious a sin. 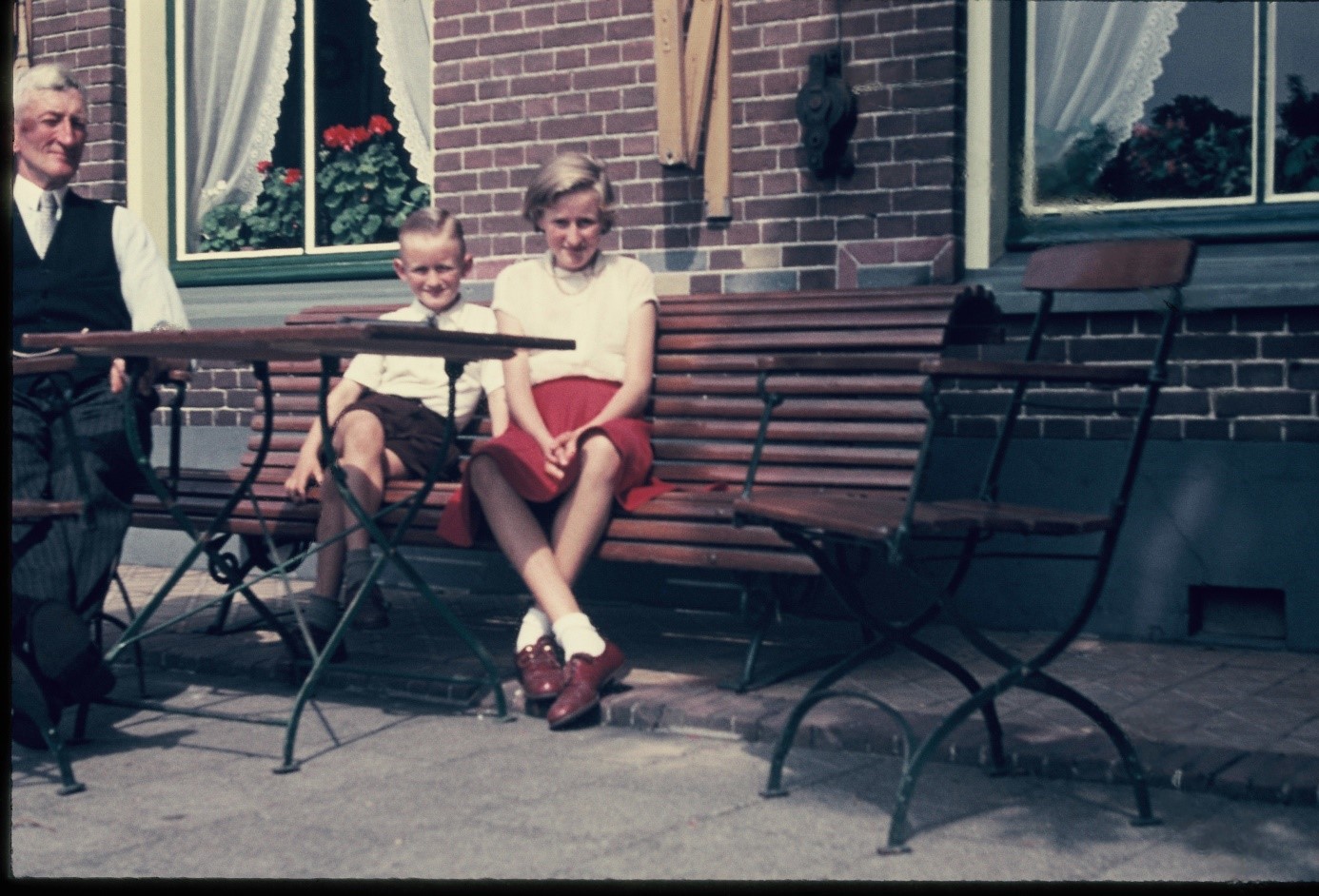 Robert Gorter caused many stirs in this highly conservative village: one of them being that he was more or less chased out of the village as a persona non-grata for having a pact with the devil.

What happened? Why a pact with the devil-like Dr. Faust (J.W. von Goethe)

In the back of the renovated and upgraded farmer’s house, there was a 2-3 ha neglected orchard with many (hundreds of) fruit trees. One can imagine that for an urban boy like Robert, this orchard was a world on its own whereas a 5 to 7 years old (always curious) boy made many discoveries on his own.

Earlier, he had observed how an apple tree was cloned and branches were attached to another stem of another tree, and the following year, from that branch first apples were harvested.

Then, at age 6, Robert got the idea to see if he could bring branches from various fruit trees together and graft them and grow on one and the same stem of another tree.

In a far-away corner of the orchard, at age 6 Robert choose a stem of two suitable trees and planted on each of them the branches of an apple, white and blue plumbs, pear, peach, and a  cherry tree.

The following year (at age 7), he looked for any success he might have had and to his surprise, both trees were now bearing the various fruits with the cherries almost ripe (it was the early month of June).

Excited, Robert rushed to his grandmother and she came along to see and was impressed by the results of his experiment. So, as a proud grandmother, she told a few locals. The next day, the senior minister of the orthodox Dutch Reformed church across the street came and demanded to see those two trees. He was shocked and diagnosed that this could only be the workings of the Devil through the lost heathen boy of age 7: Robert. Then, the police came and there were discussions with his grandmother behind closed doors.

Early evening, she called upon Robert and told him she would bring him back to his parental home the next day. The village elderly had decided that this was the workings of the Devil indeed, and Robert should leave. Later he heard, that these two trees were cut and burnt to ashes

Robert had many similar instances where, as a young child, he was often accused as being possessed by the devil and other evil beings as he came up with ideas (and applied them usually successfully) that were considered as beyond the “normal” phenomena we all take for granted.

During his professional life, Dr. Gorter also came up with new ideas to treat (successfully) severely ill patients. By some of his colleagues, he was considered conducting quackery as they were confronted with new (but often effective) therapy concepts. 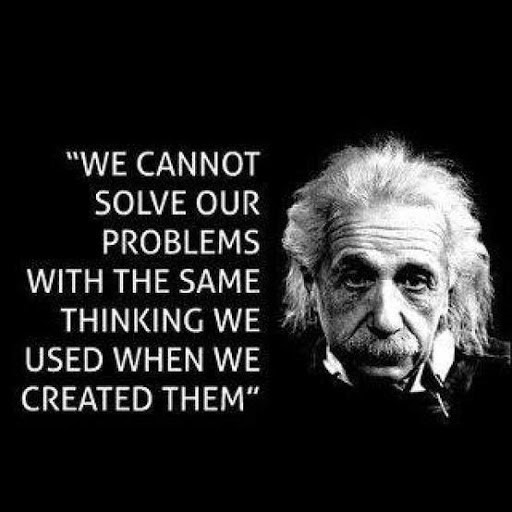 Nowadays, professionals created single trees that can produce up to 40 different fruits, including peaches, apricots, plums, cherries, and nectarines. It seems Robert Gorter was one of the very first in the early 1950s to create a tree bearing multiple fruits.

“It takes intellect to get from A to B but it takes creativity to get everywhere!” 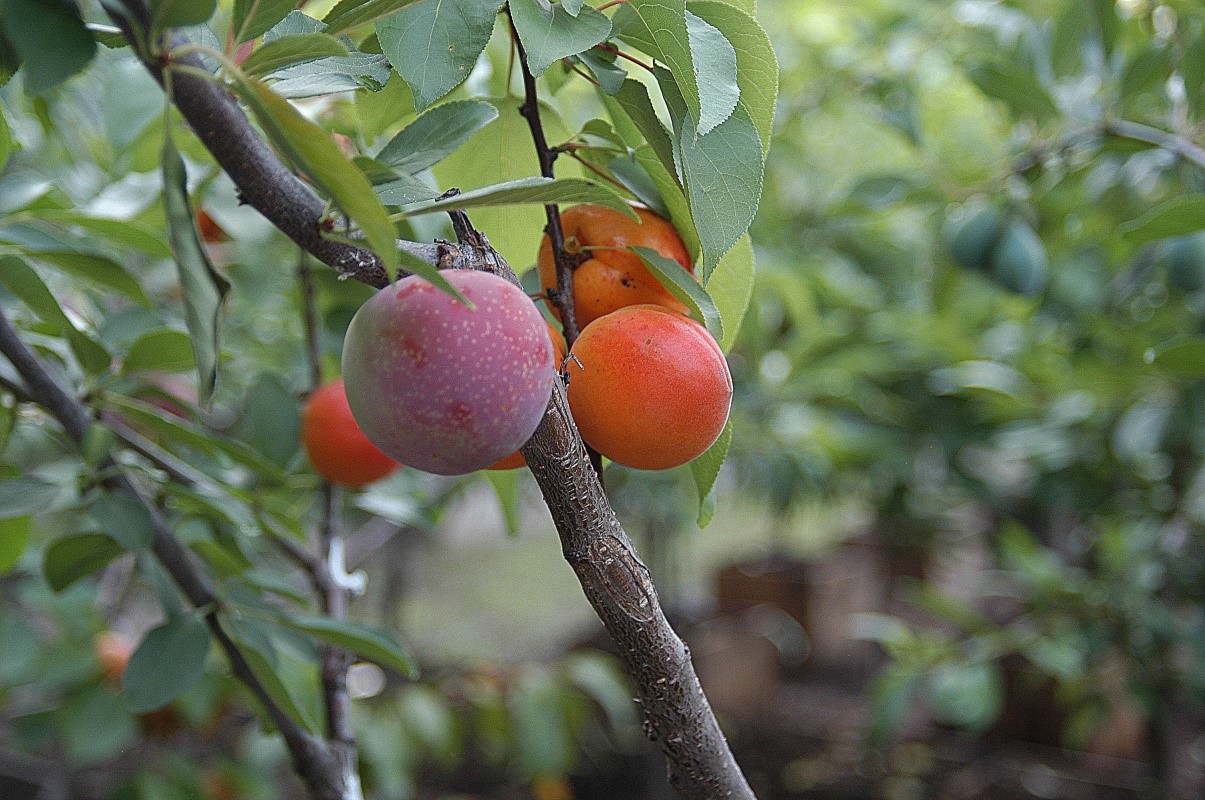 Nowadays, there have been created single trees that can produce up to 40 different fruit with pits, including peaches, apricots, plums, cherries, and nectarines