Robert Gorter receives visitors from The Hague, the Netherlands
(June 22nd and 23rd, 2013)

Robert Gorter and Gerard Smits are best friends since 1967 as they met as students at the University of Amsterdam in the Netherlands.  Gerard studied chemistry and Robert medicine and philosophy (Theory of Knowledge, or “Erkentnistheorie”). Also his wife Brigitte van Genth shortly thereafter joined the group of common friends. She studied Eurhythmy at that the time.

Through the years, Robert and Gerard and Brigitte stayed in regular contact. In the 1980’s Gerard visited Robert in San Francisco, California, USA, twice. 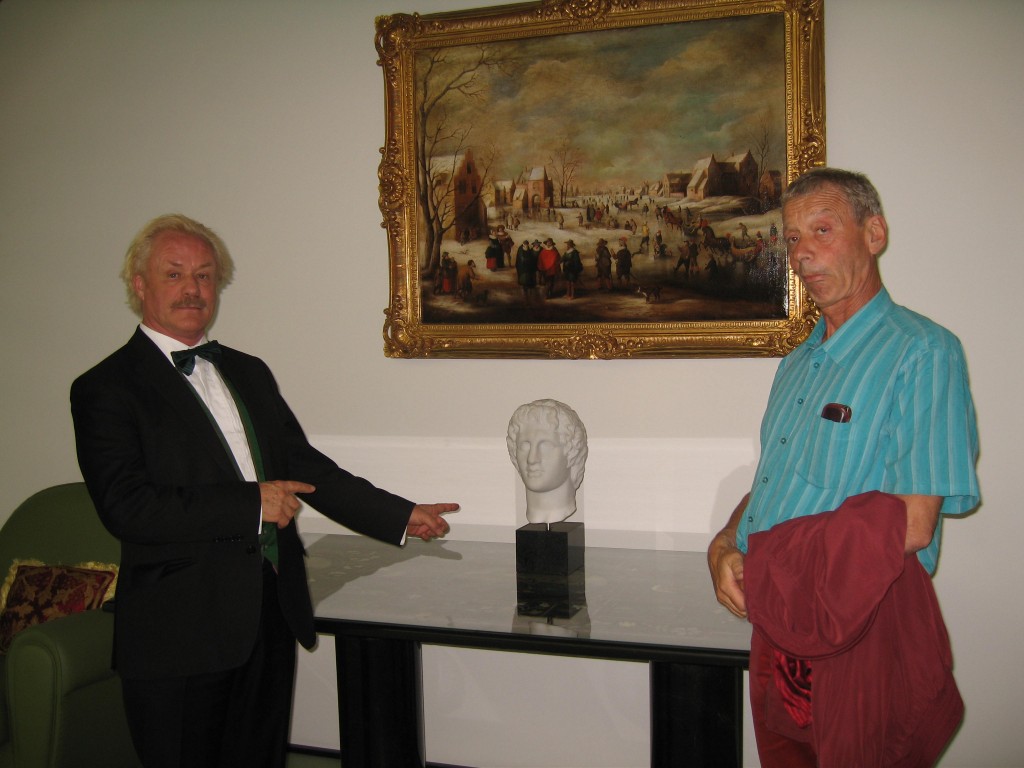 Robert Gorter and Gerard Smits (The Hague, the Netherlands) at Medical Center Cologne (MCC) in Cologne in Germany next to an precise one-to-one copy of the head of Alexander the Great which is in Athens, Greece. The marble statue was made by Gerard Smits, who is besides a retired Waldorf School teacher (chemistry) also a sculpturist. He made this head of Alexander the Great in the summer of 2012 for the waiting room of MCC. 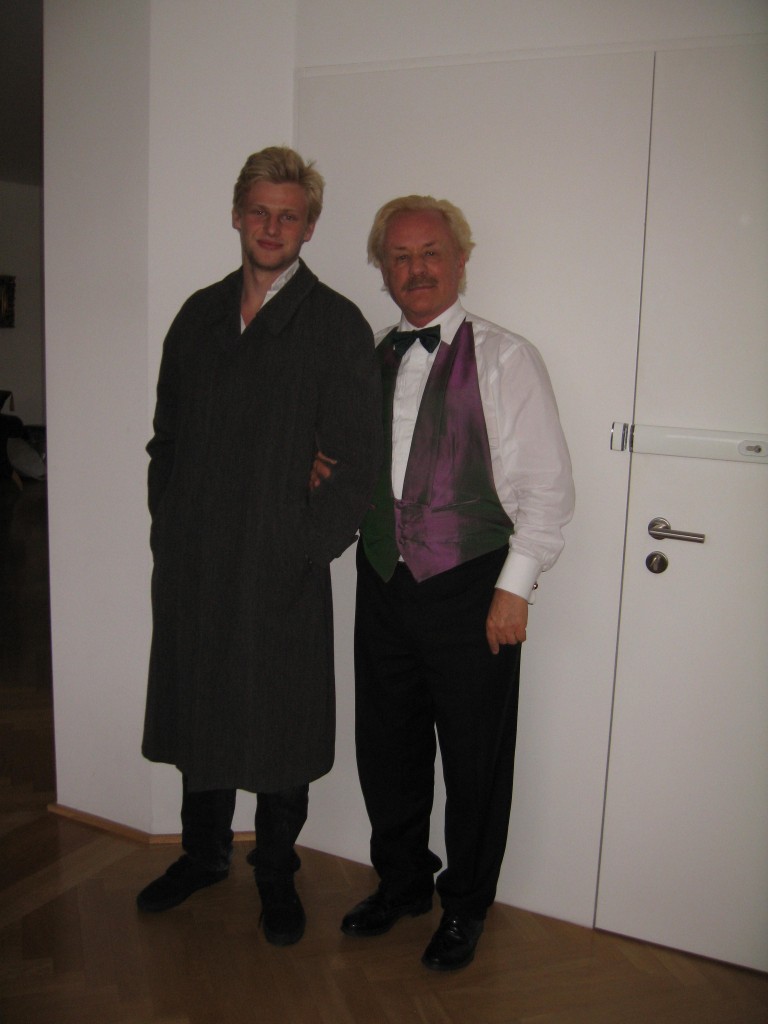 Robert Gorter with Daniel Drewes. Daniel was a student of Gerard Smits at the Waldorf School (“Vrije School”) in the Hague. Also Daniel´s father Wouter Albrecht was a teacher (for Bothmar Gymnastics and Economy) at the same Vrije School in The Hague. They all joined for a weekend (June 22 and 23rd, 2013) to visit MCC and see how the sculpture looked like in the waiting room and have Robert Gorter as their private tour guide to see Cologne. 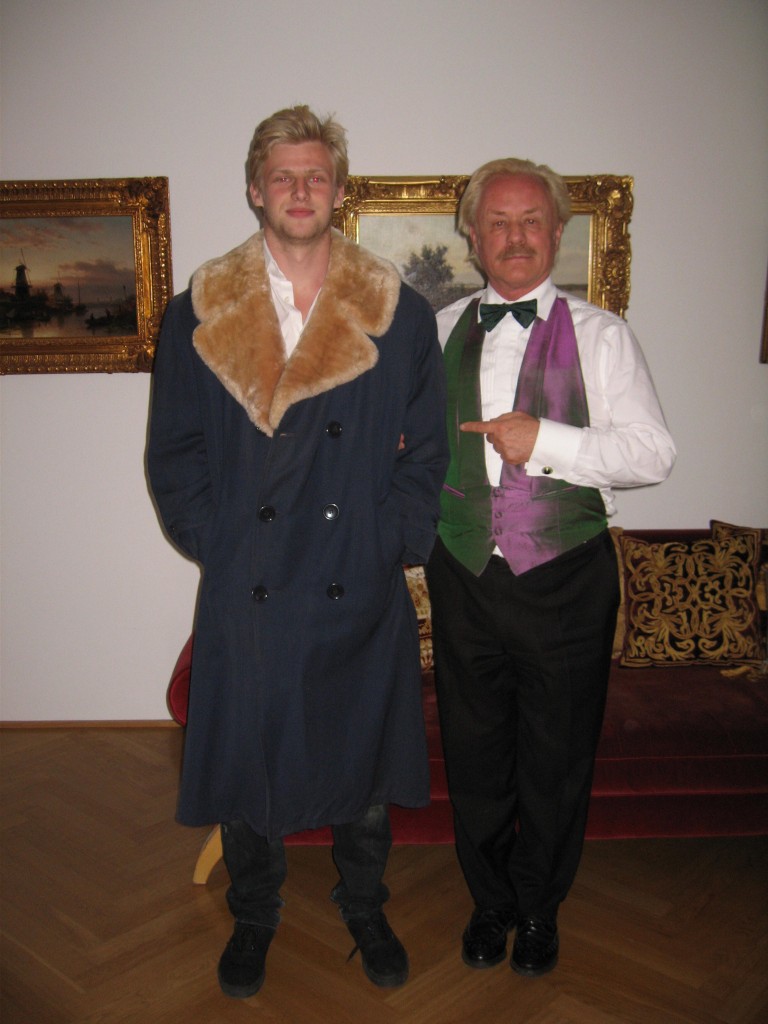 To borrow a coat. Robert Gorter tried out with Daniel Drewes few coats of Robert as Daniel did not bring a coat as it was very cold and rainy that weekend…. 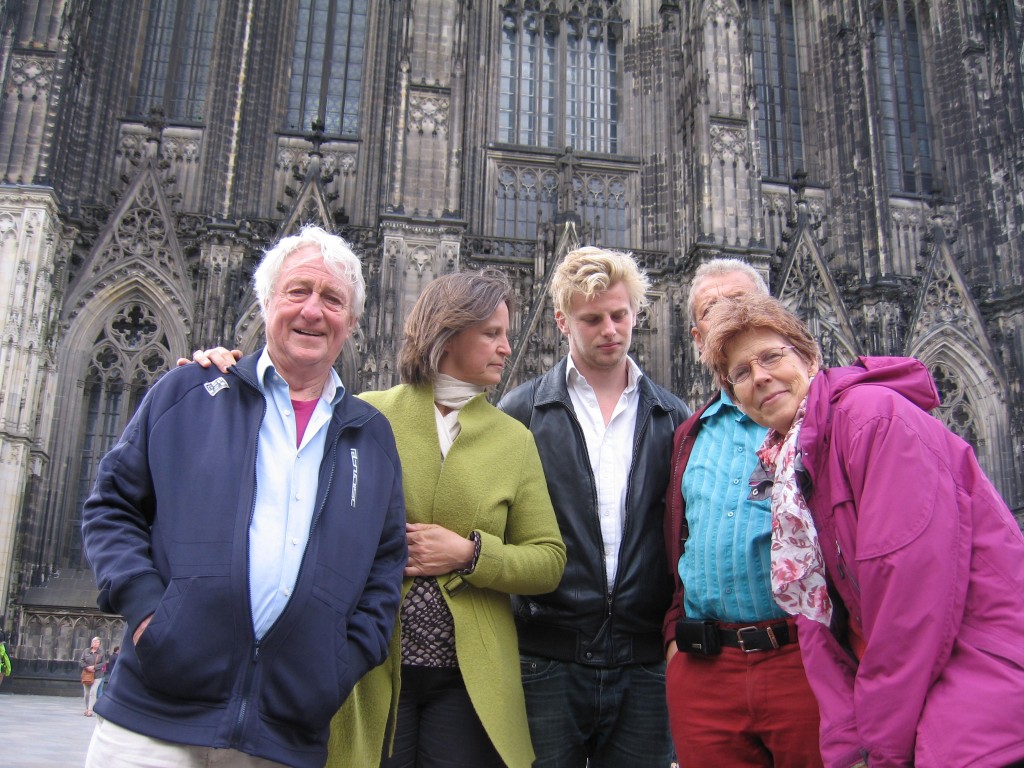 Sunday morning brunch at the Gorter´s residence and then to the Dom. Here is a picture with the complete group of five people from The Hague: Wouter Albrecht (l), his wife Tatiana, their son Daniel Drewes (middle) and Gerad Smits (hiding) and Brigitte van Genth, the wife of Gerard Smits. Brigitte is Curitive Eurhythmist (Heileurythmistin) at the Waldorf School (Vrije School) in The Hague, the Netherlands. 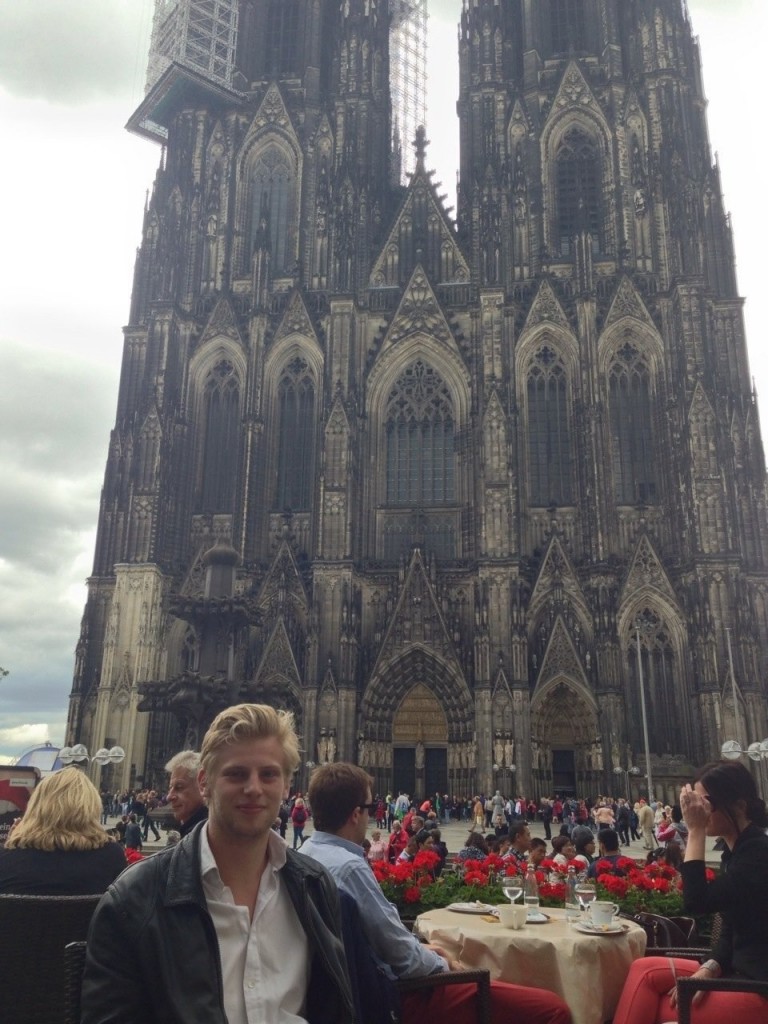 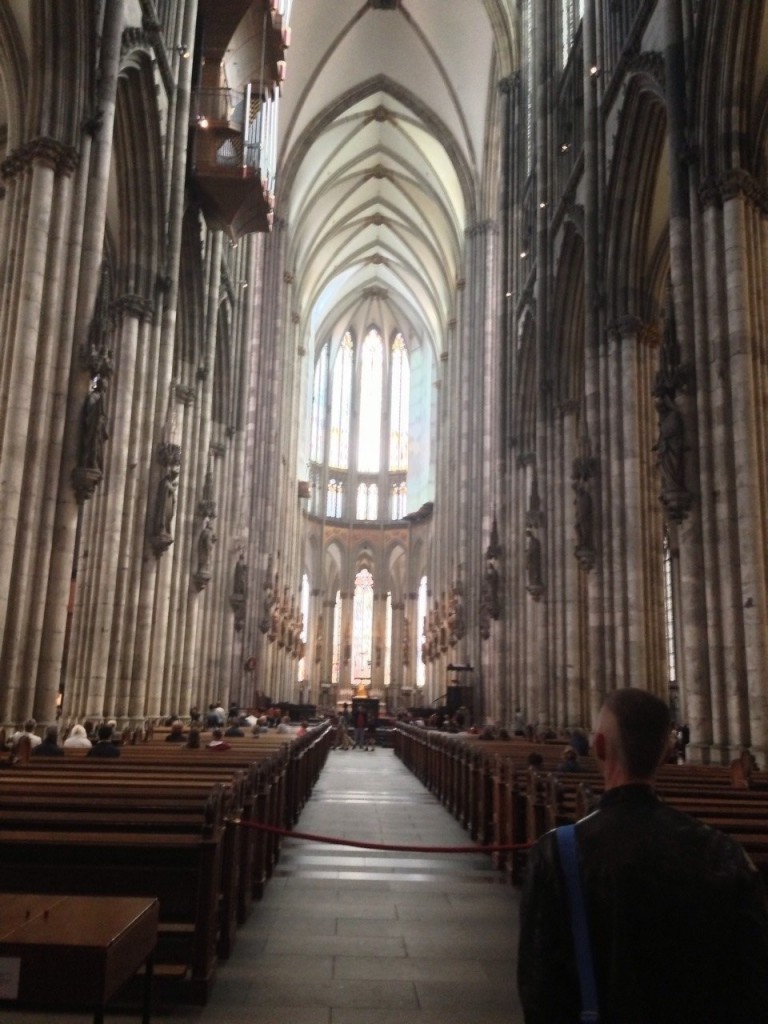 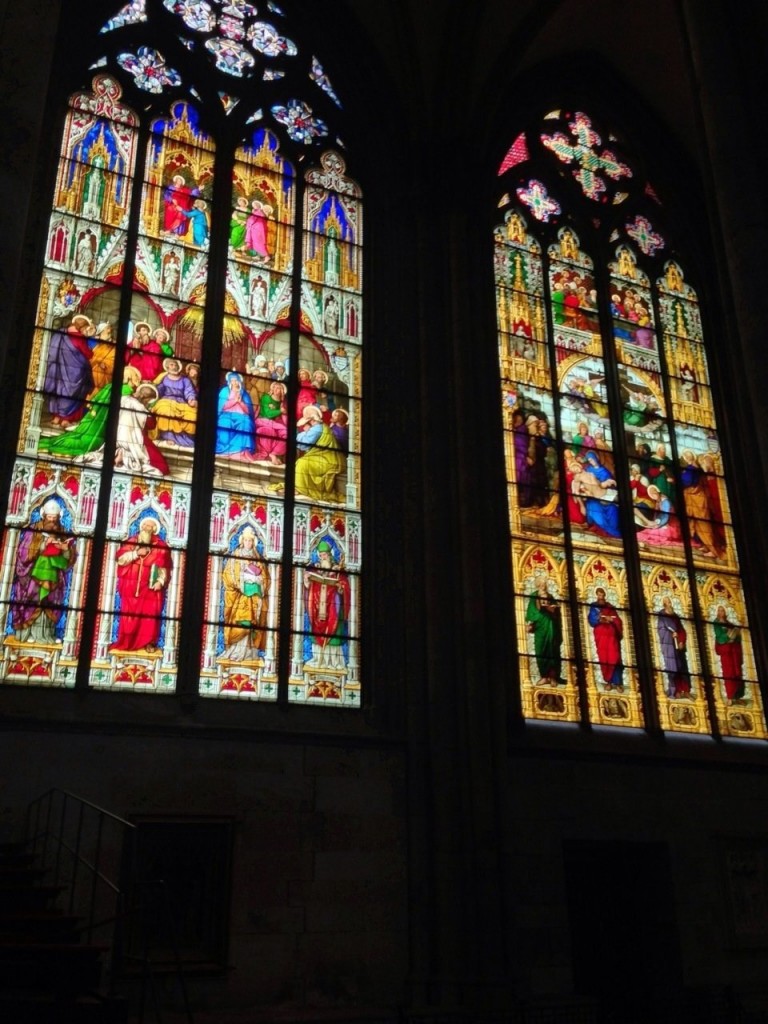 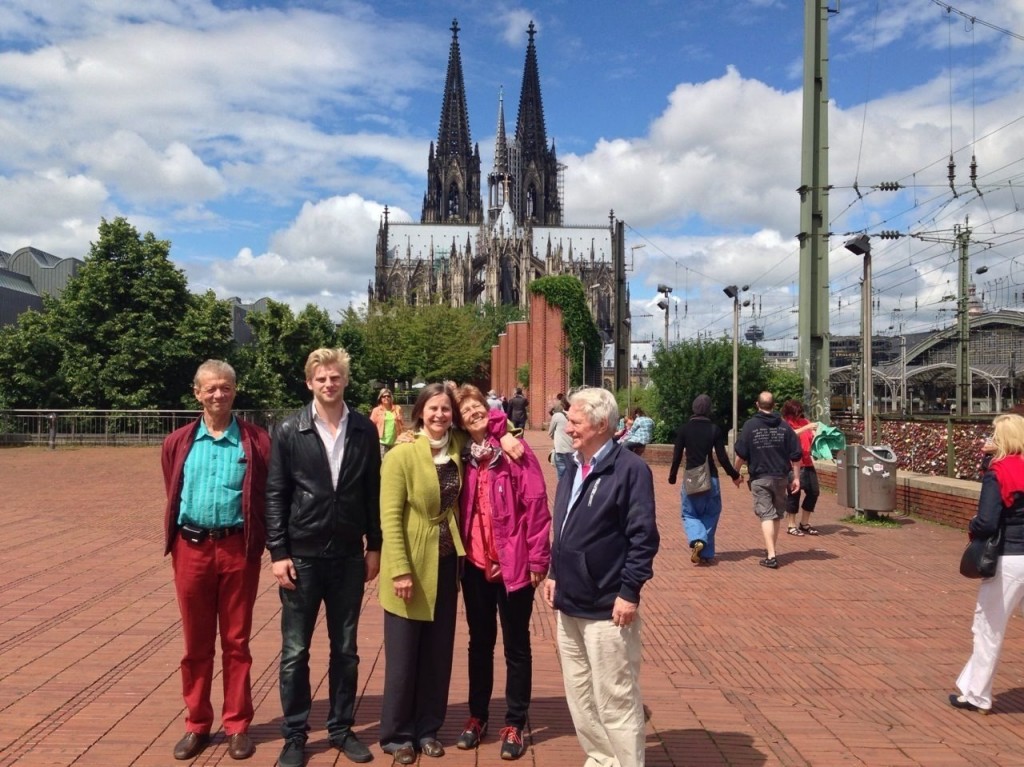 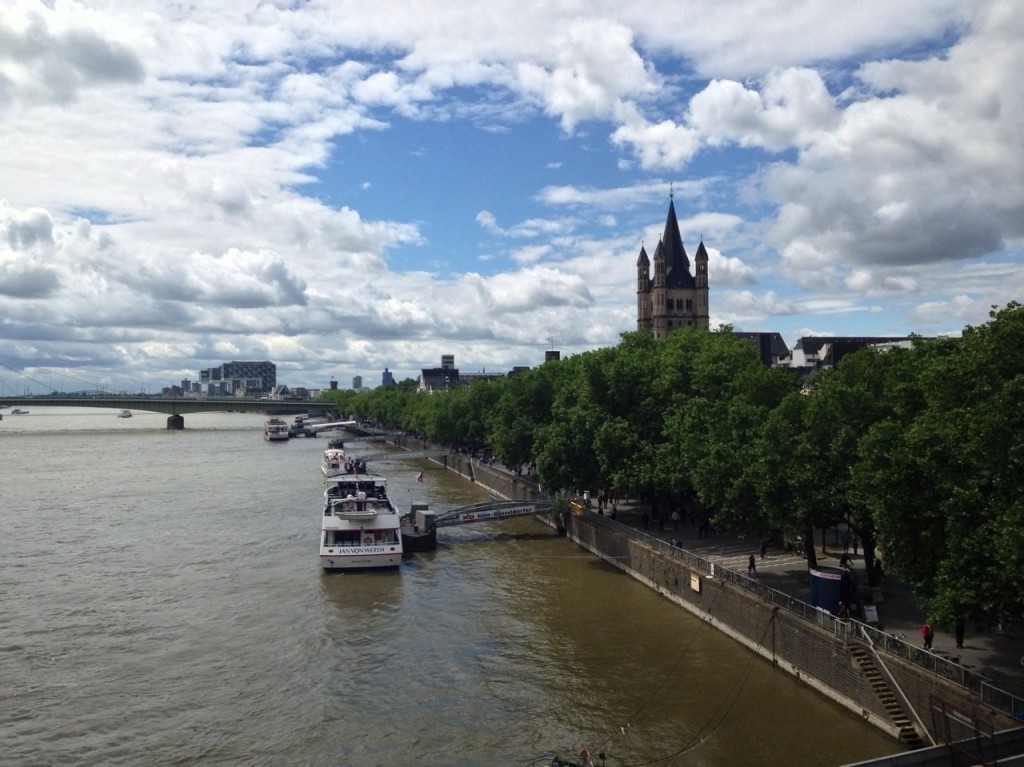 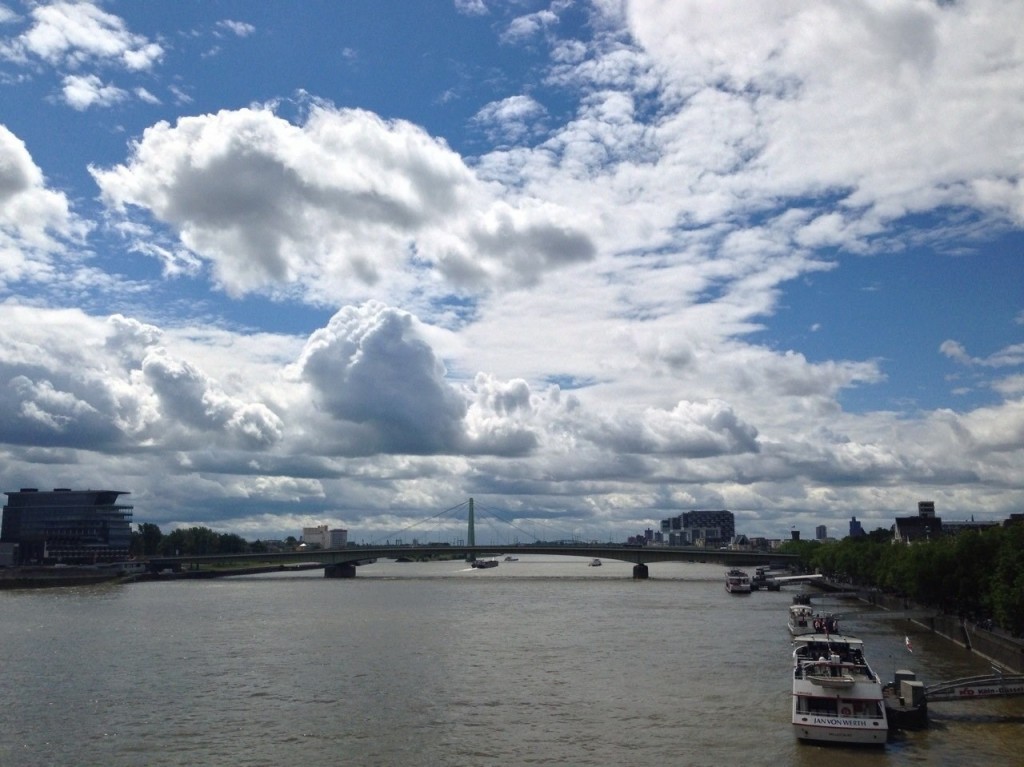 A few views at the River Rhine at that day…