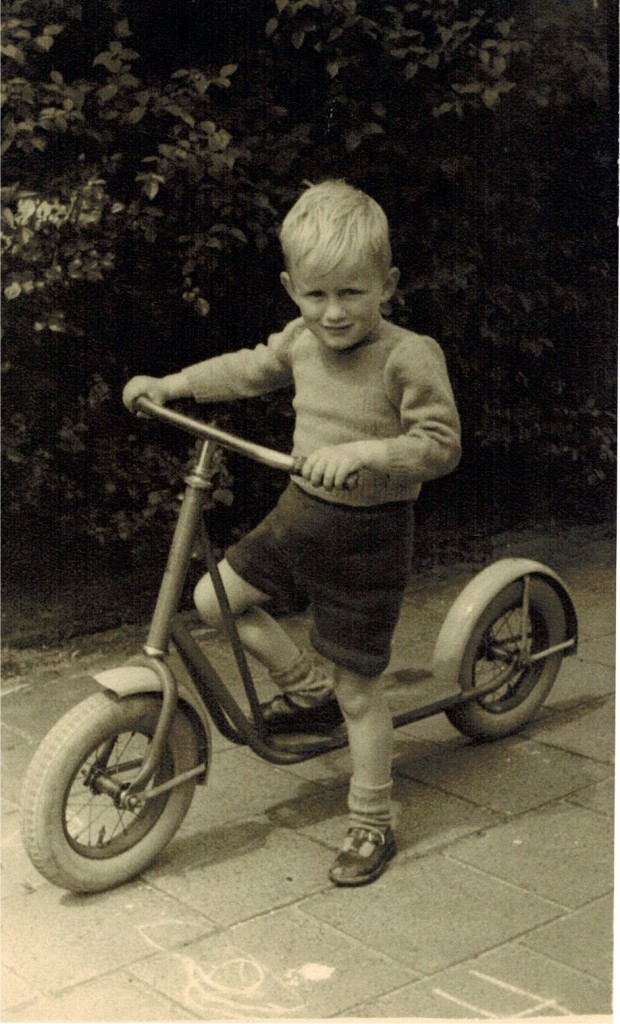 Robert Gorter at age 3-4 with his high speed turbo “autoped” whith which he would daily rush to kindergarden and back home ….. 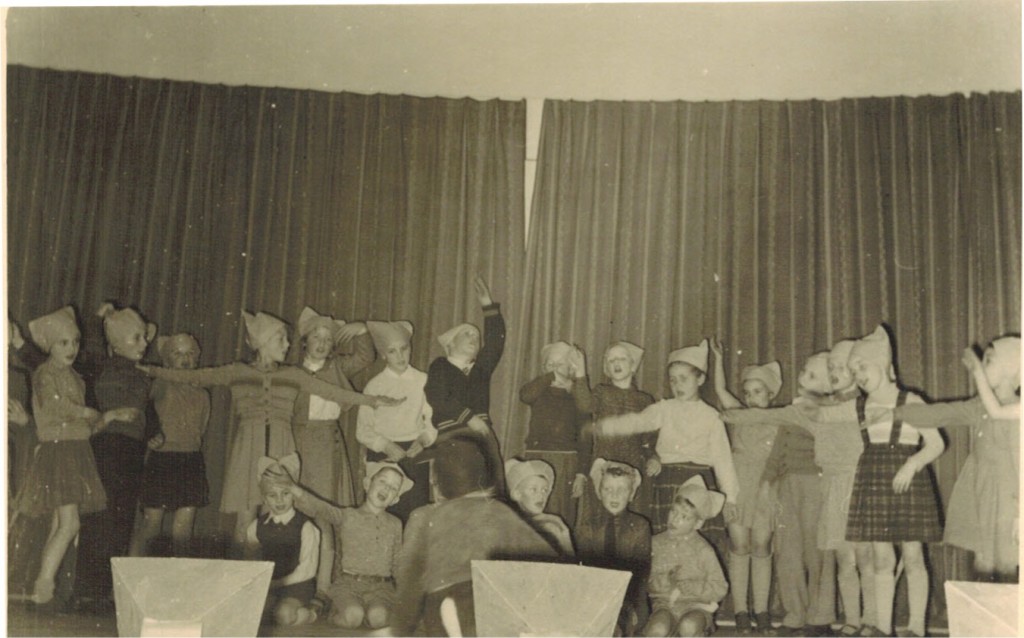 Robert Gorter at age 4 in Kindergarden during a musical where everybody was a mouse and one child was a cat…  Also at that time, none of the children truly understood the plot but they were loud and had full support of the audience (99% parents!). 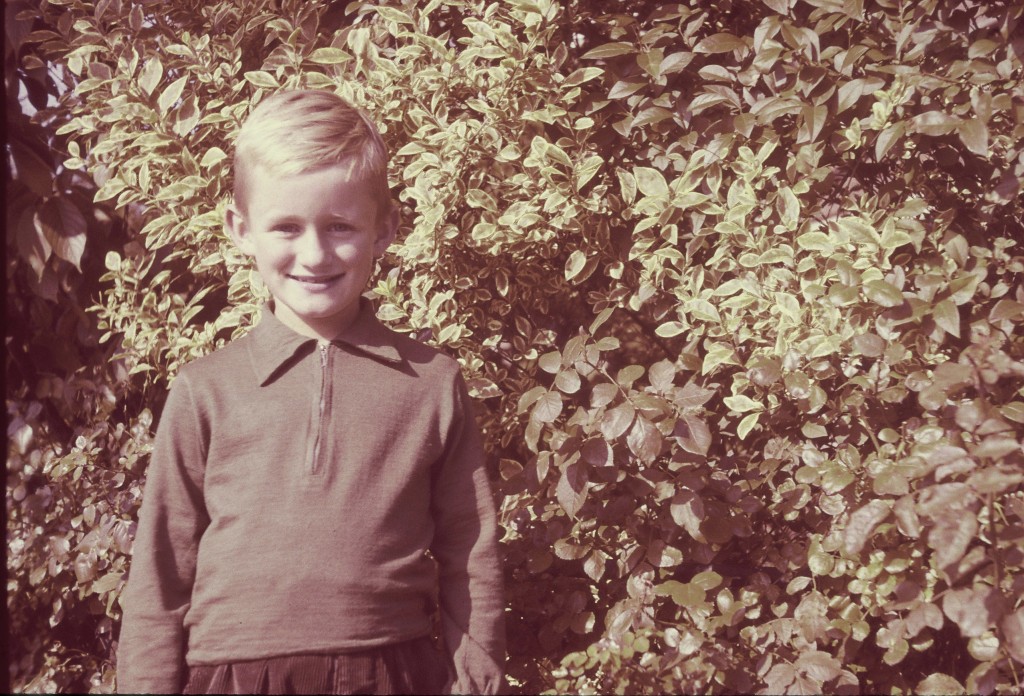 Robert Gorter at age 4 or 5 in the garden at his family`s house in Aerdenhout, the Netherlands. (Who would not like this guy…?).

Robert Gorter grew up in Holland very close to the beach and whenever there was a storm he would on his bicycle go to the beach of Zandvoort (small beach resort) and as a small boy, not without risk, he was blown away on several occasions. He would enjoy the storms and the angry ocean with roaring waves, beating the shore and dunes. One could sometimes feel the ground tremble under the force of the waves.

On the boulevard in Zandvoort was a 70 meters high tower for the water supply of this little town. Robert would go there many times and climb up the 350+ stairs and force himself to look over the rim on the top to beat his fear of heights. After about two years and having climbed this tower at least 50 times, he felt he had mastered his fear of heights. 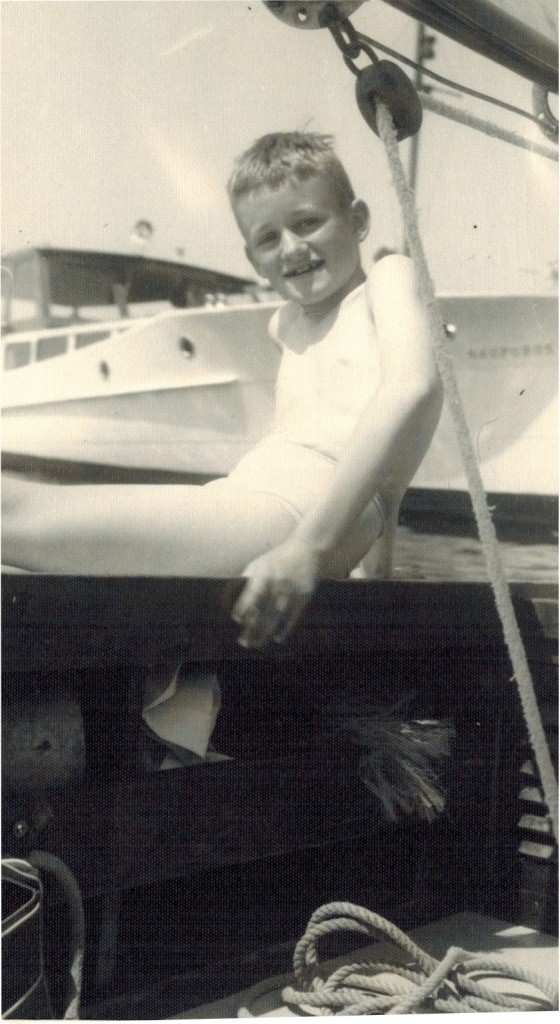 Robert Gorter at age 8 on a sailing boat of his family. He loved water and wind….  Still as an adult, one of his greatest pleasure is to sit in a strong wind at the beach or boat or mountain and enjoy the forces (elements) that live in the wind. 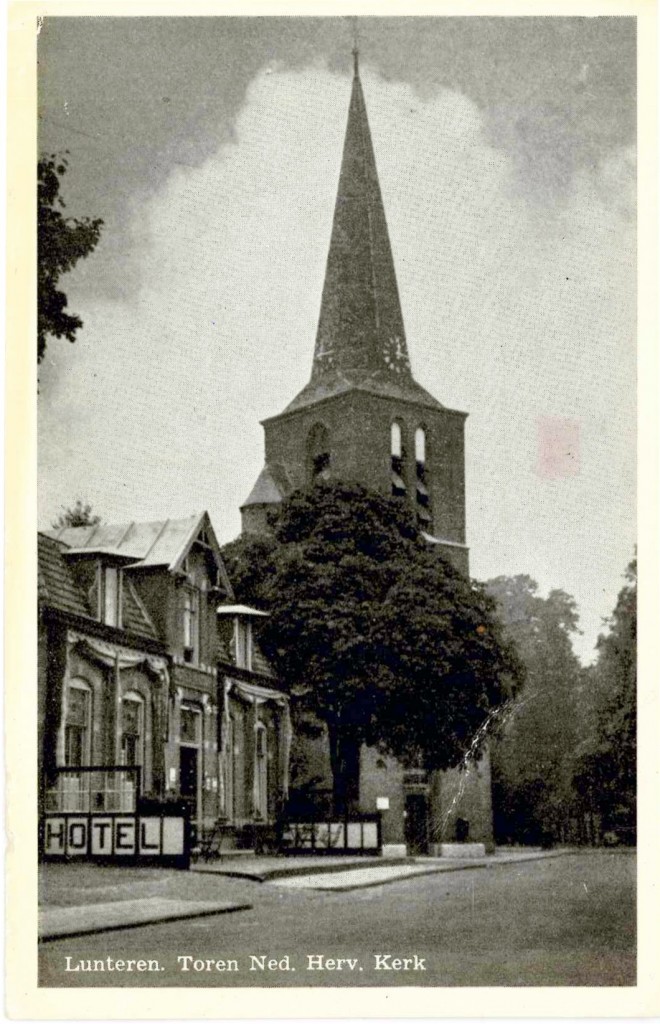 Robert Gorter loved to spend his summer holidays at his grandmother’s house (from his mother’s side). He probably spend most  summers of 1952 through 1958 in Lunteren, where his grandmother lived in a renovated farmer’s house with several acres of orchard filled with apple-, pear-  and plumb trees at Dorpsstraat 47.

Robert Gorter read once how to cultivate and prune fruit trees and their relatives, the rose. So, all the way in the corner of the large orchard of his grandmother, where visitors would likely not come, he experimented by putting branches of various fruit trees on an old apple tree. He cultivated these new branches without telling anybody. Next year summer when he came back one tree was bearing branches with yellow plumbs (Reine de Claude) and blue plumbs; several branches of two different kinds of apples (red and green ones); and one sort of pears.

He proudly showed this tree to his grandmother who had never seen this before in her life: one tree bearing five various fruits !  On her turn, she told friends of hers who would not believe and came to see for themselves: “seeing is believing”. At the end, the mayor of the little village and the police, and the minister of the local church got involved and two days later, during night (and probably on demand of the minister), the tree was destroyed.

Robert Gorter told us the story once and mentioned that, as a 9 years old boy, standing in front of this destroyed tree, he felt a tremendous sadness with tears running over his cheeks:  he become aware that had lost much more than a tree. He suddenly had a flash-back of having been prosecuted before for religious reasons a long time ago. Robert Gorter noticed that his grandmother was nervous from the day the tree got destroyed and Robert was sent home several days earlier than was planned.

Later, Robert Gorter found out that the extremely orthodox minister of the “Gereformeerde Kerk” had branded this tree as unnatural and suggested this was the work in collaboration of the devil. Therefore, the tree had to be destroyed and Robert better leave their community.

Much better nowadays, in these days the Dutch Reformed Church was extremely orthodox and living more by the Old Testament (Jewish tradition) than the New Testament (The Four Gospels). On Sundays, all members of the church had to go to church twice in black stockings and walking. No work at all was done on Sundays. Having or watching television was forbidden. Once, Robert could remember that a farmer was found to be hiding a television set in one of his stables and was excommunicated and left by his family. 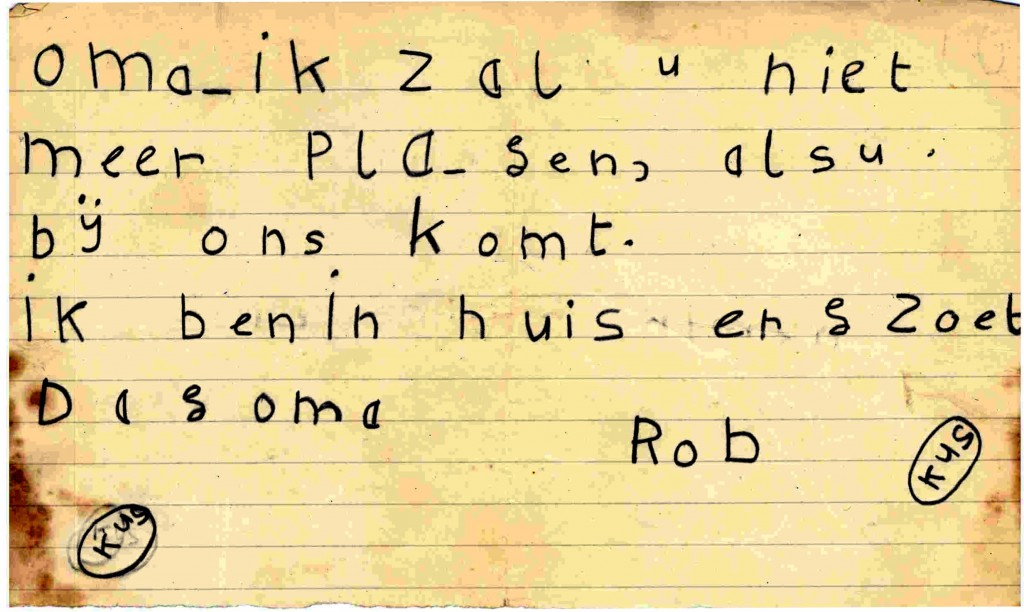 Robert Gorter wrote this note to his grandmother (on mother side) at age 5 to apologize for his misbehavior towards her. She would always forget to close the door of the bathroom and as a naughty 6 years old, he once opened the door and under loud screams of excitement exposed her (nobody was around!). Robert was lectured by his mother not to be naughty towards his grandmother. This letter full, of remorse, was written on his own initiative. It reads: “Grandma (Oma) – I will not tease you anymore next time when you come to us. I am at home and being very sweet (boy). Bye Grandma (Oma).”