Robert Gorter was born in Hoorn, the Netherlands, but grew up in the secluded area between Haarlem and Zandvoort aan Zee. Three of these suburbs with mainly larger villas with small parks around each villa are still known for the domiciles of upper middle class Dutch citizens: Aerdenhout, Bloemendaal and Heemstede. 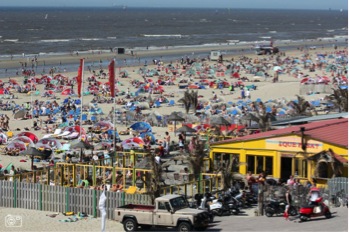 Robert Gorter had a seemingly pretty smooth and uneventful (“regular”) youth but inwardly, he was very awake and nonstop “on the go”. Nowadays, one would have called him a “hyper-active” child. He seemed to be in a hurry all the time (“sanguinic-choleric”) and everywhere at the same time but inside he seemed to be very focused and at peace (“steady going”) with an unmatched memory. His parents always stimulated him to listen and read; to look at plants and flowers; take care of animals (wild and domesticated ones); at age 9 he got violin classes; at age 13 he built his own mirror telescope with a self-polished mirror of 30 cm in diameter; between 9 and 12 for local neighborhood kids, he organized theatrical plays and a local band; he wrote poetry and (sometimes) strange stories where he would describe himself as being misunderstood and was hanged  in great detail. One book with twelve chapters (three unfinished) by Robert Gorter at age 7 or 8 was titled: “How do I keep my Parents under the Thumb.”

A good friend of his father was Professor Jaap (Jacob) Kistemaker who was director of FOM in the Netherlands. and who invented the electro ultra-centrifuge to enrich uranium. Jaap Kistemaker was a dear Freemason Brother of the father of Robert Gorter. He himself was besides a physicist also an astronomer and complimented Robert on the top quality of the telescope Robert built from scrap from a shipyard. Robert Gorter and Jaap Kistemaker kept meeting till about a year before his death in 2010. 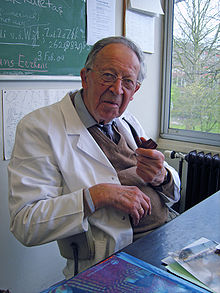 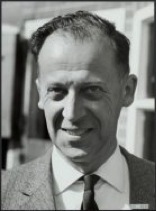 Jaap Kistemaker is the founder of AMOLF and a pioneer in the field of uranium isotope separation. He led AMOLF from 1949 until his retirement in 1982.In the 1950’s he developed a method for separating uranium isotopes with mass spectrometry. After that he developed the principle of uranium enrichment with ultracentrifuges together with fellow-researcher Joop Los. Nowadays this technology is used to produce uranium for use in nuclear fuel reactors, amongst others by Urenco in Almelo, which was founded partly on the basis of this research. In the 60’s and 70’s Kistemaker led a successful research program in the field of atomic and molecular physics at AMOLF. In that program applications of fundamental research in industry and society always played an important role. With his research, Kistemaker has played a key role in the development of physics in the Netherlands after the Second World War. After the war, he was sent to physicist Niels Bohr in Denmark to study uranium technology. After his return to Holland, he was asked by the then established Foundation for Fundamental research on Matter (FOM) to found and lead the FOM laboratory for Mass Spectrography in Amsterdam. Under Kistemaker’s leadership the institute gained a strong international reputation. In 1982 he retired, but he kept his work room in the institute, and until 2009 could be found in the lab on a weekly basis.