“I grew up in Haarlem and that I woke up in Amsterdam!” 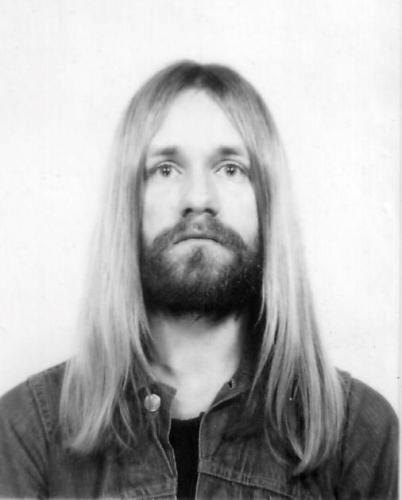 In 1968, Robert Gorter started a commune at the Overtoom 253 with the garden neighboring the Vondelpark, that had been turned into one huge Hippy Camping and where the City of Amsterdam provided toilets, showers, free health care and coffee with “belegde broodjes” and croissants.

In 1969 in a tent in the Vondelpark, Robert Gorter set up a free clinic of his own in his free evening hours for providing first aid, prescriptions for lost medications, and condoms and other necessities. Also, as an experienced acupuncturist, he provided acupuncture treatments to those in need of this intervention.

As Robert Gorter never touched a drop of alcohol nor smoked anything (including Cannabis), and as a strict vegetarian, he quickly got the nickname “The Clean Doctor.”

Robert Gorter lived in a commune he set up himself and he lived there a few years with 9 other students (among them Gerard Smits, Evert-Jan van der Heuvel & Margret van Gelder, Coentje Nijssen & Maaike Dahler, Johannes (Hans) van Turnhout).

Robert Gorter was the only one to have to wake up at 5.00 am to be in the teaching hospital by 6.00 am and ready for early rounds with the professor at the various departments of the University hospital: the “Wilhelmina Gasthuis”

All other students studied various subjects where no lecture would start before noon and if one would not show up for lectures anyway, it was considered to be a “cavalier’s delict.”

Except Robert, all would smoke regularly Cannabis and go to bed around sunrise. It happened a few times per week, that his friends would fry eggs and get French fries from around the corner to still their hunger. The smell would ascend towards the floor where Robert lived and wake him up. He would then rush downstairs to the community kitchen to ask them to close the kitchen door and let him sleep. Robert Gorter was always greeted with the sentence: “when one smokes weet (pot) it makes one terribly hungry!” So, that Cannabis stimulates the appetite became a traumatic experience for him, being so often sleep deprived thanks to this quality of Cannabis sativa.

Robert Gorter started his own practice as a Family and Community Doctor in the center of Amsterdam and very close to the Rijksmuseum.

Very quickly, he was overwhelmed by cancer patients frequenting his doctor’s office and ambulatory clinic. Quite a few suffered from severe loss of appetite (anorexia) and wasting (cachexia). As a clinician, Robert strongly believed that anorexia and cachexia are independent risk factors for morbidity and mortality. One day, he suddenly remembered his terrible sleep deprivation during his clinical rotations at Wilhelmina Gasthuis, due to the appetite stimulation of Cannabis among his friends sharing the commune.

He then quickly started to advise the ingestion of Cannabis by means of Hot Chocolate Milk or Bownies (“Space Cake”). Robert Gorter and his two secretaries Ria and Elly Bos (both sisters) even wrote a little Cannabis cook book for patients……..

(There was even a period that Robert Gorter grew Cannabis legally on a small island inside the Vondelpark. One day, it got discovered and others harvested the Cannabis plants).

From one indication the next was discovered and developed by Robert Gorter and his team in his doctor’s office and day care clinic at the Weteringschans 72-76 in 1017 XR Amsterdam.