Why does Pfizer’s Coronavirus Vaccine Requires Storage at -70C? 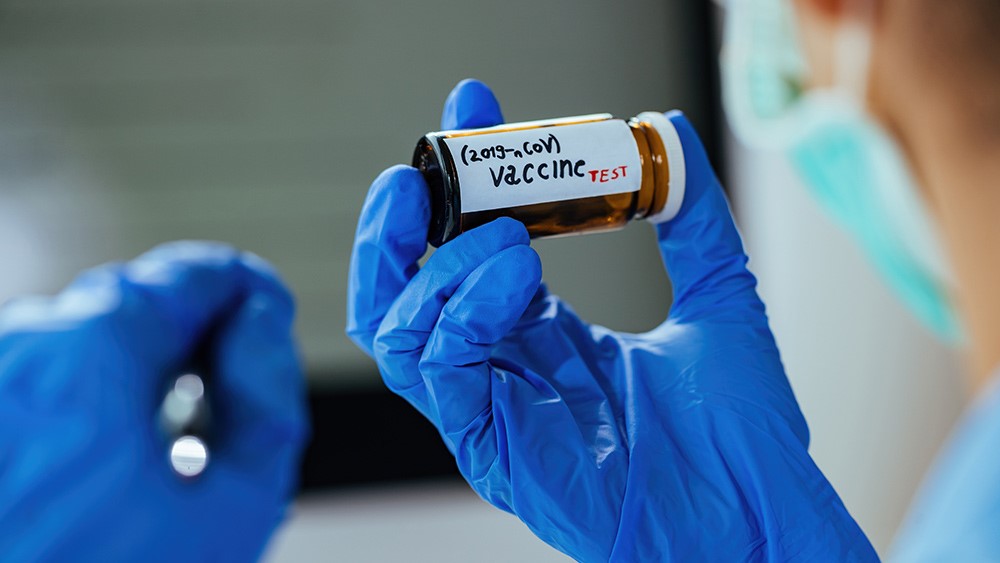 You’re seeing the reports all over the news: Pfizer’s new coronavirus vaccine requires storage at -70C (-94F), which is much colder than the North Pole. If it’s not stored at this temperature, its ingredients begin to break down and it fails to work. Currently, Pfizer is claiming, without evidence, that its vaccine is “90% effective.” But this claim is little more than corporate propaganda designed to drive up stock prices through false projections.

But why do these vaccines need to be kept at -70C in the first place?

The answer, it turns out, is because they contain potentially hazardous ingredients that have never been used in vaccines before.

CHD goes on to explain:

The use of PEG in drugs and vaccines is increasingly controversial due to the well-documented incidence of adverse PEG-related immune reactions, including life-threatening anaphylactic shock.

Due to previous vaccinations, roughly seven out of ten Americans may already be sensitized to PEG, which may result in reduced efficacy of the vaccine and an increase in adverse side effects (strong inflammatory reactions leading to autoimmune disease).

If a PEG-containing mRNA vaccine for Covid-19 gains FDA approval, the uptick in exposure to PEG will be unprecedented—and potentially disastrous.

MODERNA documents and publications indicate that the company is well aware of safety risks associated with PEG and other aspects of its mRNA technology but is more concerned with its bottom line.

Lipid nanoparticles cause hyperinflammatory responses in the body, leading to severe reactions, hospitalization and potentially DEATH

Why are LNPs (Lipid Nanoparticles) used in these vaccines? As CHD further explains:

LNPs “encapsulate the mRNA constructs to protect them from degradation and promote cellular uptake” and, additionally, rev up the immune system (a property that vaccine scientists tamely describe as LNPs’ “inherent adjuvant properties”)

In other words, the LNPs are adjuvants, meaning they are designed to cause hyperinflammatory immune responses in human beings, once injected. This is done in an effort to induce the creation of antibodies that then allow the vaccine manufacturer to claim high “effectiveness” rates, even when those very same adjuvants cause severe and life-long adverse reactions.

According to recent vaccine trials conducted by MODERNA, 100% of human subjects in the high-dose vaccine trial group experienced significant adverse reactions without specifying them.

UK government prepared itself for a vaccine death wave

The adverse reactions caused by mRNA coronavirus vaccines are so widespread that the UK government recently admitted it is expecting a massive wave of coronavirus vaccine “adverse reactions” / side effects. The UK government officially posted a bid for AI system to process the expected flood of COVID-19 vaccine injuries and side effects described as a ‘direct threat to patient life’“:

Thus, the UK government has posted a bid and an award contract notice, seeking an Artificial Intelligence (AI) system that can process the expected flood of covid-19 vaccine injuries and side effects.

That bid explains, in the government’s own words:

The MHRA urgently seeks an Artificial Intelligence (AI) software tool to process the expected high volume of Covid-19 vaccine Adverse Drug Reaction (ADRs) and ensure that no details from the ADRs’ reaction text are missed.

In other words, it is already anticipated that these vaccines are going to kill or disable a huge number of people.

David Knight featured a UK whistleblower on his show today who revealed that coronavirus vaccine adjuvants are demonstrating a 97% sterility rate in women who take the vaccine. This is what happens when you turn your protein synthesis over to evil corporations who are pursuing a global depopulationa agenda:

Most importantly, as people start dying from coronavirus vaccines, the medical establishment will categorize all those deaths as “covid-19 deaths” in order to claim the pandemic is getting worse and vaccinations are the only way out..

This will create a whole new cycle of death, media hysteria and mandatory vaccine policies. Those, in turn, will kill even more people, feeding into the very same feedback loop that results in even more people being vaccinated and killed.

Ultimately, the vaccines themselves will likely end up killing more people than the coronavirus. And we will have achieved George Orwell’s authoritarian medical nightmare where the “treatment” keeps the pandemic going in perpetuity, all while the entire scamdemic is used to crush human freedom and enslave people in their own homes and apartments, all around the world.

This is what happens when you let Big Pharma collude with the deep state to crush human freedom and work towards their ultimately goal of mass genocide against the human race.

Bill Gates is no doubt celebrating right now, even before the mass deaths begin.

If you want to survive all this, resist the coronavirus vaccine at all costs. Resist vaccine violence with every means of self-defense you have available, or you will be severely damaged or even killed.

The AstraZeneca vaccine, by the way, is made with aborted human fetal cells from a 14-week-old male baby. So, if you get injected with this vaccine, it is medical murder and you are supporting future baby body parts harvesting-for-profit industry (i.e. Planned Parenthood baby chop shops) and the complete immoral business of creating chimeras to create tissue on a large scale which is compatible to human tissue.

What are chimeras?  Chimeras are man-made creatures which are made from a mixture of animal and human stem cells. Especially stem cells from monkeys, pigs and rodents have been used so far to create beings which are like 80% animal and 20% human. It is a matter of time, and the ration will be reversed with the nightmare one day, rats or pigs will scream to you: “Let me out!” 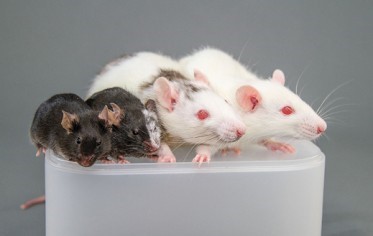 Injecting cells from one species into the embryo of another creates mixtures called chimeras. From left to right: an ordinary mouse, a mouse that’s partly rat, a rat that’s partly mouse, a white rat.

A little while ago, in a reversal of earlier policy, the National Institutes of Health (NIH) announced it would not support studies involving such “human-animal chimeras” until it had reviewed the scientific and social implications more closely. But the reseach with chimeras are continued abroad with NIH and Bill Gates Foundation funding

The agency, in a statement, said it was worried about the chance that animals’ “cognitive state” could be altered if they ended up with human brain cells.

The NIH action was triggered after it learned that scientists had begun such experiments with support from other funding sources, including from California’s state stem-cell agency. The human-animal mixtures are being created by injecting human stem cells into days-old animal embryos, then gestating these in female livestock.

Based on interviews with three teams, two in California and one in Minnesota, MIT Technology Review estimates that about 120 pregnancies of pig-human, monkey-human or sheep-human chimeras have been established during the last 12 months in the U.S., though so far no scientific paper describing the work has been published, but the animals are believed to have been brought to term….. but considered to be too controversial to publish at this point in time.

By all those involved in this kind of semi-secret research, there is a consensus to let the public get used to the creation and use of chimeras step by step. Then, one would get used to the idea and being convinced by experts and media that the medical benefits would over-ride possible ethical objections.

Your dog (or your neighbor) in 10 years?