After weeks of brooding about the Donahue article linking flu shots to miscarriages (Vaccine 2017;35:5314), it was with a sense of relief that we read Rob Wipond’s narrative of media attempts to sweep a serious vaccine safety issue under the rug. Wipond points out the hypocrisy (his words were “double standard”) of authorities who dismissed the Donahue paper because it was an “observational study.” Year after year they have quoted observational studies to announce, “80% vaccine and then 60% vaccine effectiveness…40% effectiveness and then 50%” They do not mention that these studies make no effort to look for adverse vaccine effects (e.g. narcolepsy, seizures, high fever, autoimmune disease, oculorespiratory syndrome). They do not mention “negative vaccine effectiveness”, the increase in the risk of illness from influenza and non-influenza viruses associated with (or caused by) the vaccines. (Cowling, Clin Inf Dis 2012;54:1778) They do not mention that a vaccine “effective” in one season may increase influenza risk in a subsequent season. (Read about “antibody-dependent enhancement” to understand one explanatory mechanism). They do not mention that the observational studies they refer to are likely to exaggerate vaccine effectiveness in the first place because of the “healthy user effect” well known to epidemiologists.

Some history: 1960 Nobel Laureate and a primary developer of today’s influenza vaccine, Macfarlane Burnet, didn’t think it was worth much. (Br J Path 1936:17:282. Natural History of Infectious Disease 1972, page212). In 2000 Kenneth McIntosh warned that we should not routinely give influenza vaccine to healthy children until multicenter randomized trials were done over several seasons to be sure that it was safe and effective. (Editorial, NEJM 2000;342:225)

His advice was (of course) ignored. In 2004 a “Seven-Step Recipe” for using the media to boost demand for the vaccine was presented to the National Influenza Vaccine Summit, sponsored by the CDC and the AMA. The recipe included, “statements of alarm by public health authorities…prediction of dire outcomes from influenza; continued reports that influenza is causing severe illness affecting lots of people; repeated urging of influenza vaccination…” (Doshi, BMJ 2005;331:1419). Sounds familiar?

Peter Collignon and his colleagues have said this: “We need much larger, independent, and better-reported prospective studies that demonstrate that the benefits of influenza vaccines in children far outweigh harms. If overall, the increased number of cases of ARI plus vaccine side effects are much larger (in vaccine recipients) than those on placebo, given the low efficacy of the vaccine, then this is a strong argument against current policies advocating routine influenza vaccination of children.” (Collignon, Clin Inf Dis 2015:60:489).

In any discussion of influenza epidemiology, we should acknowledge the careful and steady (one could even say fearless) work of Danuta Skowronski and her Canadian public health colleagues. It was they who found that the 2008-9 flu shot doubled the risk of illness from the 2009 H1N1 pandemic flu. Their observations were considered important enough to alter Canadian vaccine recommendations for the 2009-10 season. However, for some reason (sic), they had a good deal of difficulty getting their study finally published. (Skowronski, PLoS Med 2010;7(4):e1000258). This observational study was a revelation, even a shock to many public health experts. US officials never publicly acknowledged the findings out of fear to lose funding and being grilled by colleagues who are on the pay list of Big Pharma.

This is just one of several important papers published over the years by Skowronski and her colleagues, who have a reputation for high scientific and ethical standards.

Wind does not mention another technique used to dismiss legitimate vaccine safety concerns, having to do with “statistical significance.” Recently, a large cohort study found that flu shots given during the first trimester of pregnancy were associated with a 20% increase in autism spectrum disorder in the offspring. P for the association was 0.01, and the authors acknowledged that, if it was causal, it would mean four(4) additional autism cases for every 1000 mothers vaccinated. However, they incorrectly used statistical manipulation to adjust the finding into “non-significance.” (Hooker, Donzelli, Zerbo. JAMA Pediatr 2017;171:600) One typical media headline about the study was, “Flu vaccine during pregnancy not linked to autism.” (Shute, NPR, 11/28/16).This kind of thing goes on all the time with news releases for vaccine research.

The flu season in North America officially began 5 weeks ago, and the vaccine publicity juggernaut is still picking up steam. Manufacturers are hoping to sell 166 million doses in the US this season. One business group predicts an $8 billion US influenza vaccine market by 2025. (Coherent Market Insights, 1/5/18). The 2016-17 vaccine increased the risk of H3N2 illness among UK elderly by 68%, and officials are calling for better vaccines. (Osterholm, NY Times, 1/8/18) Meanwhile, in the absence of any evidence that it would help officials and ordinary citizens in the US and UK wrangle about flu shot mandates for healthcare workers.

Wipond’s article provided new insight for an old baby doctor who, at one time, was a wholehearted vaccine advocate, but lately has been exasperated by bullying and doubletalk from vaccine authorities. Let us hope that his article helps to sustain an honest discussion about the safety and effectiveness of influenza vaccines. 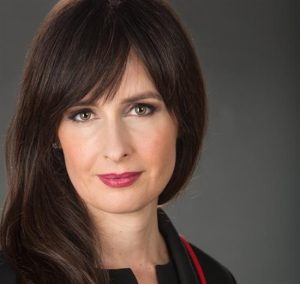 has been recognized worldwide for her notable contributions around several major public health events such as SARS, avian influenza, the 2009 H1N1 pandemic and enterovirus D68, and regular expert guidance around seasonal influenza, an annual re-emerging pathogen.

She has received awards of excellence for her contribution to public health from the BC Provincial Health Officer and to quality of life from the BC Pharmacy Association. She was named a Woman of Distinction in delivering the 15th Hycroft Lecture for the UBC Women’s Club of Vancouver. In 2007, she received the UBC President’s Award for Public Education through Media. In 2010, the Vancouver Sun named her among the 100 most influential women of BC. In 2011, she was awarded the James M. Robinson Award and in 2015 her team received a PHSA+ award. 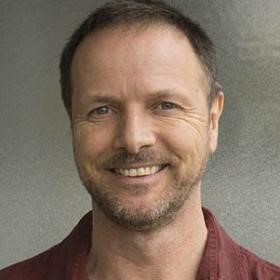 Rob Wipond co-founded Inner Compass Initiative and contributed research, writing and editing for the websites of both Inner Compass Initiative and The Withdrawal Project. Since 1998 he has been a freelance investigative journalist and has garnered several journalisms and magazine-writing awards for his work. The second feature news story he ever published involved interviewing people about what it was like to be treated against your will in a psychiatric hospital, and while fact-checking the article he discovered that many of the patients and ex-patients he’d interviewed had been both more forthright and often more knowledgeable than the mental health professionals about the effects and risks of many common psychiatric treatments. In some ways, one could say he’s been writing about that phenomenon ever since. In recent years, he has also volunteered extensively in community engagement for social change, including co-founding a community investment fund, a housing land trust, and the Building Resilient Neighbourhoods project. Exploring yoga, Holotropic Breathwork and other ways of inducing non-ordinary states of consciousness have been an interest throughout his life, and he credits those experiences, good friendships, and early opportunities to work and play in poetry, theater and music with helping him bypass the mental health system. 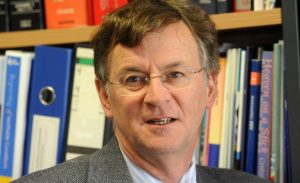 Professor Peter Collignon is a professor of microbiology at the Australian National University. Collignon has worked for the World Health Organization, studying the use of antibiotics in food animals, and the rise of drug-resistant pathogens. Collignon is director of the Infectious Diseases Unit and Microbiology at The Canberra Hospital and is a fellow of the Royal College of Pathologists of Australasia.

Collignon has advocated many public health issues, like hospital-acquired infections of drug-resistant pathogens, reporting of swine flu outbreaks and the safety and efficacy of some drugs and vaccines.

In June 2010 he was made a Member of the Order of Australia (AM) during the Queen’s Birthday Honours for services to Medicine in Infectious Diseases, Microbiology and Infection Control.