What are the northern (polar) lights? 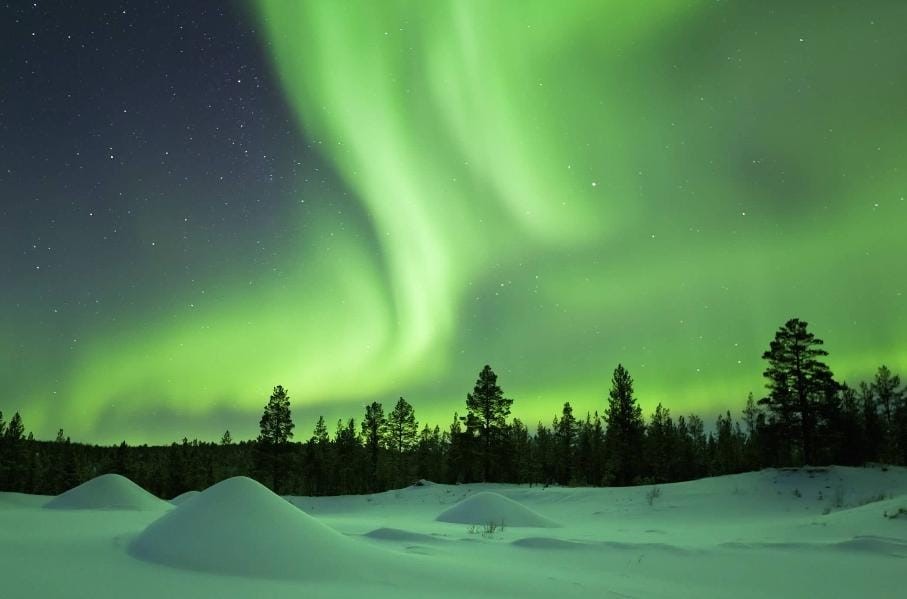 The northern lights, one of several astronomical phenomena called polar lights (aurora polaris), are shafts or curtains of colored light visible on occasion in the night sky. 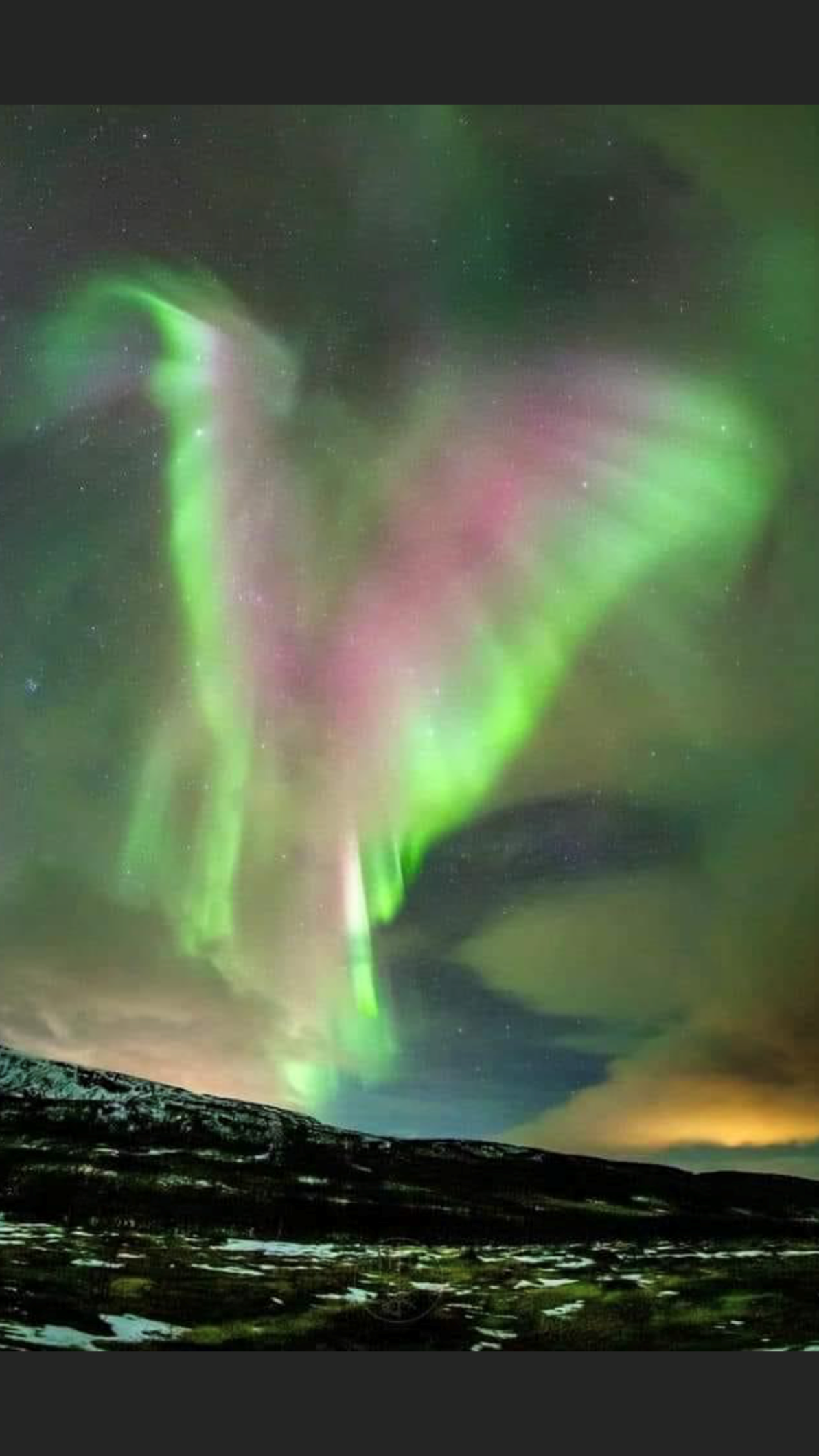 The origin of the aurora begins on the surface of the sun when solar activity ejects a cloud of gas and highly charged particles. Scientists call this a coronal mass ejection (CME). If one of these reaches earth, taking about 2 to 3 days, it collides with the Earth’s magnetic field. This field is invisible, and if you could see its shape, it would make Earth look like a comet with a long magnetic ‘tail’ stretching a million miles behind Earth in the opposite direction of the sun.

When a coronal mass ejection collides with the magnetic field, it causes complex changes to happen to the magnetic tail region. These changes generate currents of charged particles, which then flow along lines of magnetic force into the Polar Regions. These particles are boosted in energy in Earth’s upper atmosphere, and when they collide with oxygen and nitrogen atoms, they produce dazzling auroral light.

Odenwald further tells us “Auroras are beautiful, but the invisible flows of particles and magnetism that go on at the same time can damage our electrical power grid and satellites operating in space. This is why scientists are so keen to understand the physics of aurora and solar storms, so we can predict when our technologies may be affected.”

Can I see them anywhere?

Yes, although they are more frequent at higher latitudes and places like Alaska, Canada, Scandinavia and Antarctica, closer to the Earth’s poles.  Occasionally, they have been seen closer to the equator, and even as far south as Mexico. To view them, look in the direction of the closest pole (the northern horizon in the northern hemisphere, the southern horizon in the southern hemisphere).

Can I see them at any time of the year?

Yes. In some areas, such as Alaska or Greenland, they may be visible most nights of the year. And they occur at any time of the day, but we can’t see them with the naked eye unless it’s dark.

What causes the colors and patterns?

Colors and patterns are from the types of ions or atoms being energized as they collide with the atmosphere and are affected by lines of magnetic force. Displays may take many forms, including rippling curtains, pulsating globs, traveling pulses, or steady glows. Altitude affects the colors. Blue violet/reds occur below 60 miles (100 km), with bright green strongest between 60-150 miles (100-240 km). Above 150 miles (240 km) ruby reds appear.

Space Weather Research Explorer: Auroras External (Exploratorium) – With data from POES, this site packages the information in a simpler format.

Space Weather Prediction Center (NOAA) – Describes the auroras, and why they occur.

What is an aurora? (NASA Space Place)

Jago, Lucy. The northern lights; the true story of the man who unlocked the secrets of the aurora borealis. New York, Knopf, 2001. 297 p.