Joe Biden agreed to pay more than $800,000 of Hunter’s debts including legal fees stemming from 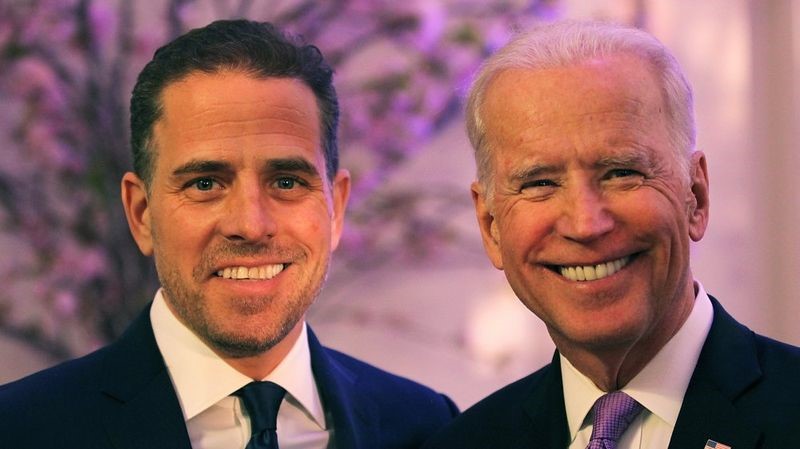 According to a recently surfaced email, President Joe Biden agreed to pay more than $800,000 of the legal bills built up by his son Hunter while he was conducting business with a Chinese firm.

The email contained an attached spreadsheet detailing debts owed by Hunter, which calls into question the validity of his father’s repeated claims about never discussing Hunter’s foreign business dealings with him.

The New York Post reported that the email was sent on January 17, 2019, by Hunter’s former personal assistant, Katie Dodge, and sent to an accountant named Linda Shapero, who founded the firm Global DEEZ in Leesburg, Virginia.

In the email, Dodge wrote, “I spoke with Hunter today regarding his bills. It is my understanding that Hunt’s dad will cover these bills in the short-term as Hunter transitions in his career.”

The email included the greeting “Hello VP team” and was cc’d to Hunter Biden and Richard Ruffner, who was a personal aide to Joe Biden during his tenure as vice president after he left office and while he ran for president.

Don’t miss out on content from Dave Rubin free of big tech censorship. Listen to The Rubin Report now.

The spreadsheet attached to the email shows Hunter Biden owing debts that include more than $130,00 in legal fees due “ASAP” to the law firm Faegre Baker Daniels, with $28,382 owed for “BHR Restructuring.”

BHR is believed to be a reference to the Chinese company Bohai Harvest RST (Shanghai) Equity Investment Fund Management, a company in which Hunter Biden held a 10% stake through a holding company called Skaneateles LLC.

BHR is primarily owned by Chinese investors. This includes the Bank of China, which is a government-controlled entity operated by the Chinese Communist Party.

Hunter Biden reportedly owed Faegre Baker Daniels another $20,909 for “Burnham Restructure,” referring to the Burnham Financial Group. Hunter’s former business partner Devon Archer, along with others, invested in this initiative as a plan to create their own financial services conglomerate.

Hunter maintained an office at the New York headquarters of an asset-management firm that was supposed to merge with Burnham as part of a deal called a “roll-up.” Hunter evidently seldom used the office, and the firm never merged with Burnham.

Other debts listed in the spreadsheet include payments and insurance for a Porsche, a Ford truck, a boat, the tuition for Hunter’s daughters at the University of Pennsylvania and a private day school, and $37,000 per month to his ex-wife Kathleen Buhle.

The spreadsheet also listed a separate section titled “CREDIT CARDS” that included an outstanding balance of $157,033.

More than half of the debts listed on the spreadsheet involved various state and federal taxes, totaling more than $400,000.

Thus: it has been proven by thousands of emails and from pictures and videos from the laptop of Hunter Biden’s „Laptop-of-Hell“ that Hunter was deeply involved in sleazy businesses in Ukraine since 2014 and in other parts of the world, like in China.