Ivermectin: It’s called “horse dewormer” for every citizen who takes it against Covid, but for US Congress it’s their FIRST CHOICE for prevention and treatment 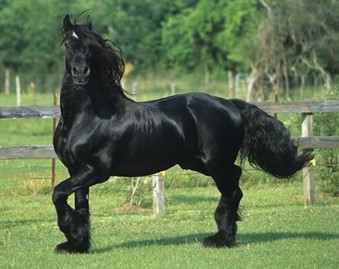 Firstly, Ivermectin is an unbranded drug that is no longer patented, and this is the main reason why the world’s most famous podcaster, Joe Rogan, believes the medical industry and the mainstream media are tearing him down for using it to beat Covid – because for There is no money to be made with Big Pharma. Because it’s only worth 30 cents a dose, it’s been compared day and night to vaccine profits, which rake in billions of dollars by the makers of Covid shots. Merck and Pfizer both have their own versions of Ivermectin, which work the same way and kill parasites and certain viral pathogens (they just don’t market them for the sake of money, control, and the “clot injections” agenda)

SECONDLY, an emergency approval to study a new substance with the potential to be a cure for one year can only be given in case of a pandemic around the world with many deaths and if there is no other medication known to treat a disease or infection.

Therefore, multiple publications in peer-reviewed journals (even in the Lancet) appeared to prove that there were no effective medications known for COVID-19 infections. Soon after the various publications, even The Lancet had to withdraw their fraudulent and negative articles about Ivermectine and HCQ.

Dr. Pierre Kory of FLCCC treated Joe Rogan, along with 200 members of Congress, with monoclonal antibodies, prednisone, Z-pak, NAD, vitamins, and Ivermectin. Yes, Ivermectin, the drug that the entire medical complex and the mainstream media are calling “equine medicine” and “horse dewormer.”

Dr. Pierre Kory unveils on his website a very informative study done on Ivermectin for the prevention and treatment of Covid-19 infection. It is a meta-analysis for informing clinical guidelines for use and the paper was recently published (June 2021) by the American Journal of Therapeutics. Their conclusion? Simple: “There is moderate to clear certainty evidence that large reductions in COVID-19 deaths are possible with Ivermectin. The use of Ivermectin early in the clinical course may reduce the rate that develops into serious disease. Its apparent safety and low cost suggest that Ivermectin is likely to have a significant impact on the SARS-CoV-2 pandemic worldwide.”

Dr. Kory goes on to tell us that Ivermectin is a well-known FDA-approved drug that has been used successfully for 4 decades to treat specific diseases, in humans, not just farm animals. It’s one of the safest drugs ever, but that’s not what the leaders of the Covid tyranny want us to know. Ivermectin is also on the World Health Organization’s list of ESSENTIAL drugs. Let that sink in. Is that what you hear on the news? Or, in that respect from the doctors in the hospitals? Ivermectin has been prescribed to humans more than 3 billion times. Is that what you heard on the news or social media? Congress knows for sure. They have prescribed Ivermectin PREVENT Covid while forcing Americans to have clot injections as their only option and saying they will lose their jobs and won’t be able to buy food if they don’t take them. How ironic. One of the reasons Ivermectin is so effective in helping people beat Covid is because of its “unique and very potent ability to inhibit SARS-CoV-2 replication and suppress inflammation,” which is why Dr. Kory’s entire team is prescribing Ivermectin to their patients and relatives for the prevention and treatment at all stages of Covid.

Even the USA FDA reprimands Joe Rogan for taking Ivermectin against Covid while approx. 200 USA congressmen have already been secretly prescribed it.

This whole forcing toxic drug is just like conventional medicine forcing toxic chemotherapy on almost all cancer patients. The injections of toxic spike proteins, like chemotherapy, cause severe systemic inflammation and break down the immune system, putting it in a state of permanent shock (think myocarditis, more cancer, and the formation of millions of microscopic blood clots). So there is a worldwide push for the sale of vaccines (which are not free because they are funded by taxpayers’ money). Now a very famous man has stated that Ivermectin is safer and more effective and worked for him before Covid, along with about 200 people in Congress who have secretly prescribed Ivermectin while telling the rest of the country it’s a national emergency and everyone should take the deadly clot injections. The FDA, CDC, and Congress are outraged at Joe Rogan for telling the world that Ivermectin is better than vaccines; even though they all use Ivermectin. It’s the same with the Covid masks, which remove all politicians as soon as the cameras stop rolling after interviews and press conferences.