Heinz Hagemeyer (born 1945) is a very dedicated German high school teacher in an average German town. He was diagnosed with a far advanced prostate cancer with multiple bone metastases and many affected lymph nodes in the pelvic area. His prognosis was poor as in addition, as his prostate cancer was very aggressive with his Gleason Score of 9 (on a scale of 1-10). In August 2005, Heinz came to the Medical Center Cologne (MCC) to be treated with dendritic cell vaccinations in combination with hyperthermia.

1)    Dendritic cells are present in those tissues that are in direct contact with the external environment, such as the skin (where there is a specialized dendritic cell type called the Langerhans cell) and the inner lining of the nose, lungs, stomach and intestines. Here, they perceive all what tries to enter the body from outside, like bacteria’s, viruses, and foreign proteins. These entities are always heterologous(body foreign). Essentially anything which is foreign is harmful for the body. As soon as a foreign antigen has been presented, the DC will incorporate and dissect it and expresses it again on its surface. Then, the DC migrates actively to next lymph nodes, or better, to the Thymus where the DC presents these antigens again to T-cells CD4+ and CD8+, other cytotoxic cells, and Natural Killer (NK) cells.

2)    Secondly, dendritic cells also have the function to perceive what is abnormal (wrong) inside the body. Therefore, they actively migrate throughout the body, searching for abnormal (cancerous) cells. Malignant cells are always autologous (body own) and therefore, in mammals and humans, dendritic cells are there as part of the anti-cancer defense mechanisms of the immune system.

Usually, an average adult who does not smoke and drink, produces roughly between 50.000 and 100.000 cancerous cells per day. Thus, sub-clinically, everybody has cancer. As long as the immune system is able to recognize and kill off these cancer cells, we will not develop clinically cancer and have a 70% chance to die from it. The most logic therapy for cancer (and its prevention) is to improve anti-cancer defense mechanisms of the immune system. Vaccinations with dendritic cells in combination with hyperthermia are often able to make a significant difference and the immune system is still able to control and fight successfully cancer. 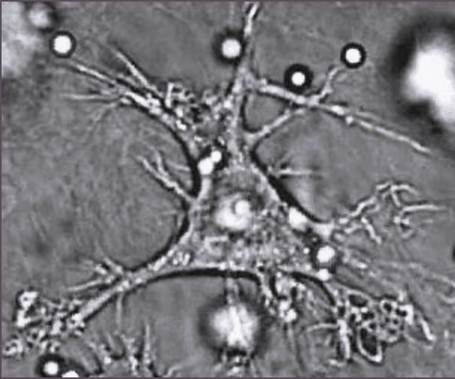 In this documentary, Heinz Hagemeyer tells his story, including the emotional difficulties he had to overcome and the excellent results of his treatment with dendritic cells in combination with hyperthermia by Robert Gorter, and his team, at the Medical Center Cologne. In 2015, Heinz turned 70 years of age, and is twelve years since he was diagnosed with a predicted life expectancy of one year:  he is living pretty much a normal life and is fully active.