Healing as a skill and as a form of Art 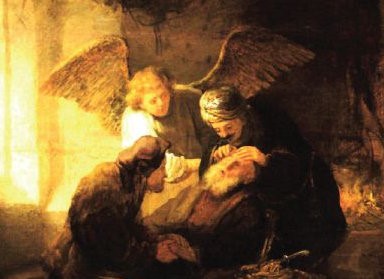 The Dutch painter and personal student of Christian Rosenkreutz Rembrandt van Rijn (1606-1669) changed his style of painting dramatically after he met with Christian Rosenkreutz in Amsterdam, the Netherlands (a Republic for centuries with no Head of State) at age 25 or 26. From painting traditionally still lives and landscapes, he now paints as we know him: a confrontation of Light and Darkness with Man in the middle; exposed to both light and darkness. And when one stands in front of one of his paintings and one asks oneself: “where does the light come from?” one cannot really tell. In this painting, Rembrandt wanted to express that real healing comes about when a skilled doctor has developed intuition, and receives blessings from another world; here portrait by an angel (Archangel Raphael?).

Which severely ill patient wants to be treated by a doctor who trust manipulated statistics only versus a doctor who knows all “evidence based” medicine but incorporates additionally his clinical experience and compassion towards the needs of his patient? 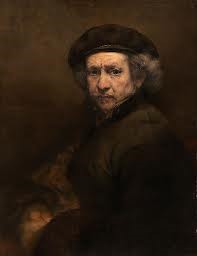 Doctors who practice Anthroposophic Medicine try to combine “Heilkunst” with “Heilkunde” by choosing to go a path of inner development as indicated by Rudolf Steiner.