Where is Global Leadership when the WHO is involved in Daily Controversies? 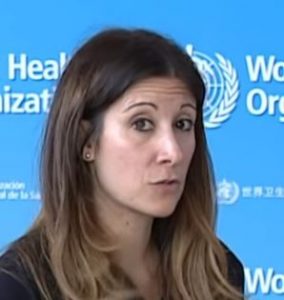 A fickle World Health Organization is once again walking back controversial claims surrounding the coronavirus. A top WHO official, Maria van Kerkhove, is walking back her earlier claims that the possibility of an asymptomatic carrier of COVID-19 transmitting the virus was ‘very rare’. Van Kerkhove on Tuesday walked back her Monday claims — which were met with stern skepticism from health officials throughout the world — saying that her original comment was based on just two or three studies and that it was a ‘misunderstanding’ to say asymptomatic transmission is rare globally. “I was just responding to a question, I wasn’t stating a policy of WHO or anything like that,” she said. (Among colleagues, Maria is known for “white lies”).

While this might seem just a subtle misstep to some, Van Kerkhove’s comments are the latest in a series of confusing policy implications coming from the WHO, which has previously flip-flopped on the effectiveness of healthy people wearing face coverings. And, by now, most all are in agreement that the organization did not do enough to push Beijing to alert the world of the seriousness of the novel coronavirus. For the millions of Americans who have not been able to hug their parents or grandparents for months, who are out of work and struggling to put food on the table or who may be hesitant to join a protest for fear of being infected, Van Kerkhove’s Monday comments and subsequent walks back are rightfully infuriating and showing alarming incompetence. Deborah Birx, a key member of the White House coronavirus task force, has continuously highlighted the conundrum of asymptomatic carriers and, supposedly, asymptomatic spread was (at least part of the) basis for shutting down the economy and instituting social distancing requirements.

Where on earth is the leadership? With the WHO continuously contradicting itself on disseminating critical information on the virus to the international community, with disinformation spreading perhaps just as fast as COVID-19 on the internet and with the White House coronavirus task force all but eliminated from public view, where are we to turn for information we can trust? Will it be organizations like the WHO, the White House, governors and mayors across the country? And the health authorities in Europe?

Or should we trust our own instincts and take it upon ourselves to protect our families and friends? The staggering lack of global leadership could very well have a more disastrous impact on the future of international cooperation and the global order than the virus we are all fighting.

It has been six months since the U.S. reported its first confirmed case of COVID-19. With a wrecked economy and a nation in turmoil, we are far worse off than we were at the start of the decade. And, unfortunately, until our elected officials and the multilateral institutions we have grown to trust get their act together, the USA and Europe will continue to pinball their ways through a crisis that is deepening by the day.

The damage of the lock-down is slowly on emerging and it is for sure, that the damage done to the economy, public health, mental health and wrecked private lives is tremendous. Data in the US show, that by June 1st 2020 at least 75.000 Americans committed suicide (mostly because of complete devastation of their personal lives by bankruptcies and no access to health care).

A few Non-Health-Expert Billionaires and their mass media they own determine the global health policies and get politicians on their sides by declaring that mandatory global vaccinations are the only way out. They promise guaranteed health by global mandatory vaccination programs; starting at 4 weeks (!) of age with Hepatitis B Virus (HBV) vaccinations.

“I am not aware of any medical doctor in the USA or the EU who took the flu shot himself; nor vaccinated his next of kin.”

There, the formaldehyde Fact Sheet completely neglects to mention formaldehyde in vaccines. This is their “dirty little secret” of government and the vaccine industry. It does state, however, that “…formaldehyde causes myeloid leukemia, and rare cancers including sinonasal and nasopharyngeal cancer.”

Dr. Robert Gorter: there is a growing body of medical doctors, legal experts and researchers that starts opposing the Big Pharma Vaccination Industry with its corruption and the WHO as the industry’s (too willing?) servant.