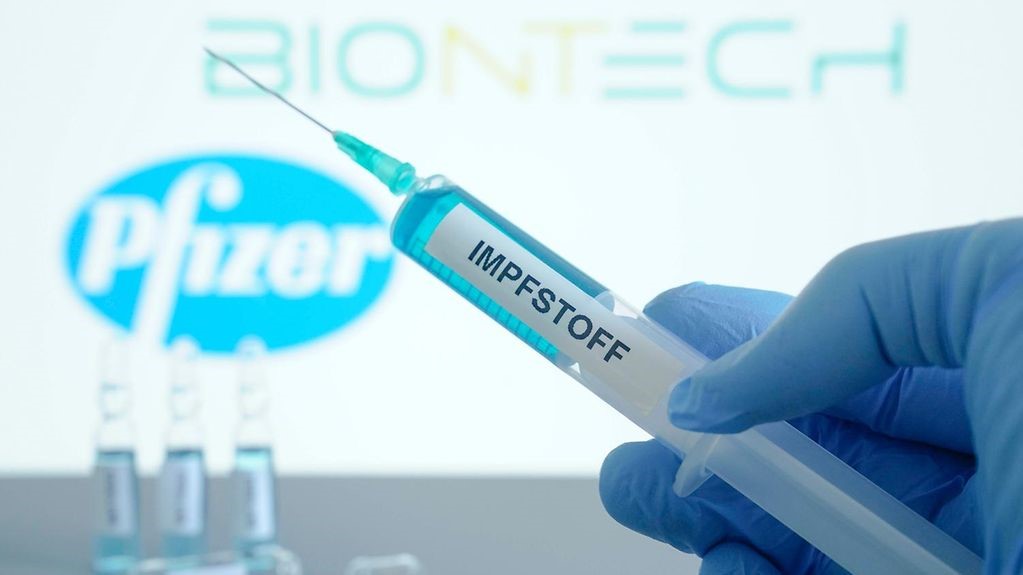 Our analysis found that it takes approximately 5 months from receiving the Covid-19 vaccine for that elevated mortality rate to be realized.

Well, now the latest UK Government data on deaths in England and Wales adds further weight to the above findings because the UK has been experiencing excess deaths again since the end of April 2022. Approximately 5 months after the mass winter “Booster” vaccination campaign.

The Office for National Statistics (ONS) publishes weekly figures on deaths registered in England and Wales. The most recent data shows deaths up to 27th May 2022.

The following chart, created by the ONS, shows the number of deaths per week compared to the 5-year average: 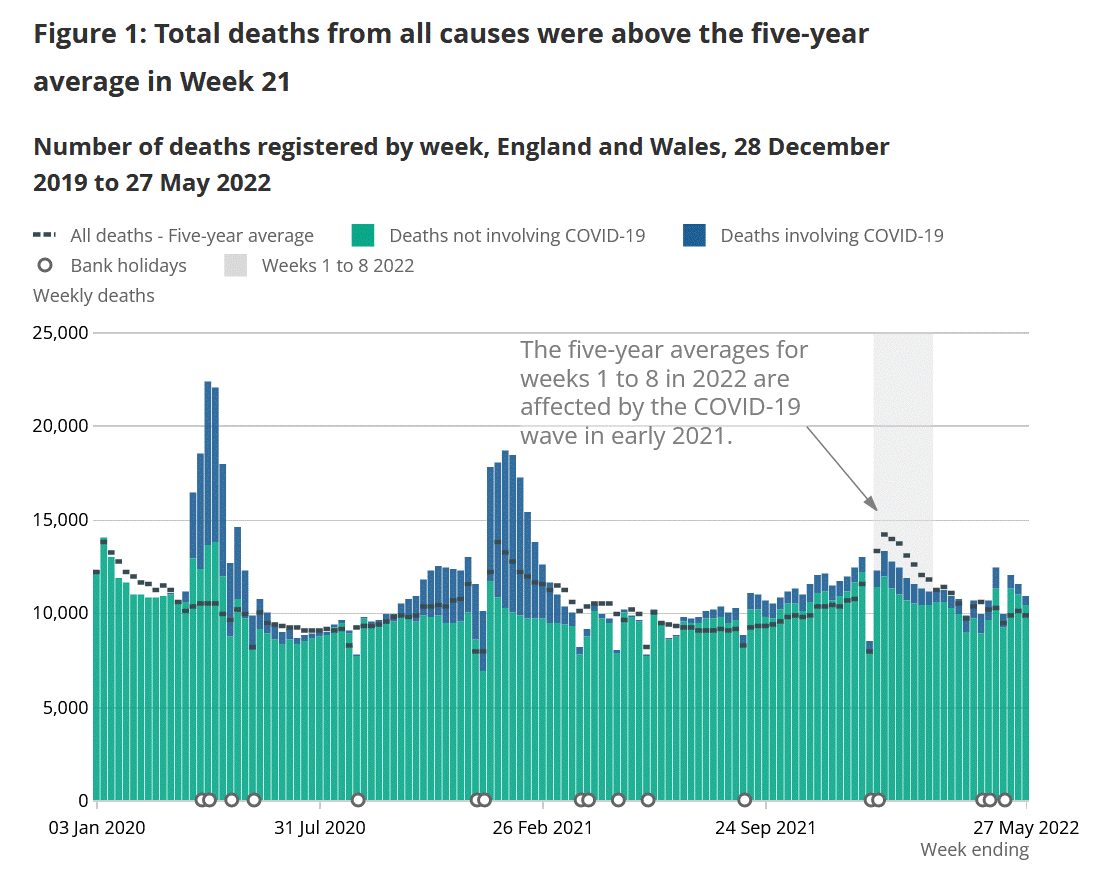 The most recent week shows that there were 10,860 deaths in England and Wales, equating to 996 excess deaths against the five-year average. But this is a trend that has been occurring since the end of April 2022.

The question is, why?

You have likely all seen the headlines this week on Doctors being baffled by an uptick in “Sudden Adult Death Syndrome” (SADS)? 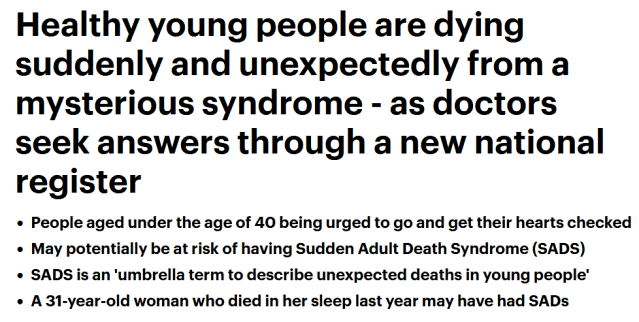 If you haven’t then we have covered it in detail in an article you can read here. But this “baffling” uptick in healthy young people dying unexpectedly from “a mysterious syndrome”, and the fact excess deaths are on the rise again in England and Wales is simply because of Covid-19 vaccination.

This is because further ONS data shows that the Covid-19 vaccination significantly increases the risk of death and kills thousands after five months.

On the 17th of May, the Office for National Statistics (ONS) published its latest dataset on deaths by vaccination status in England, and it has revealed a whole host of shocking findings. 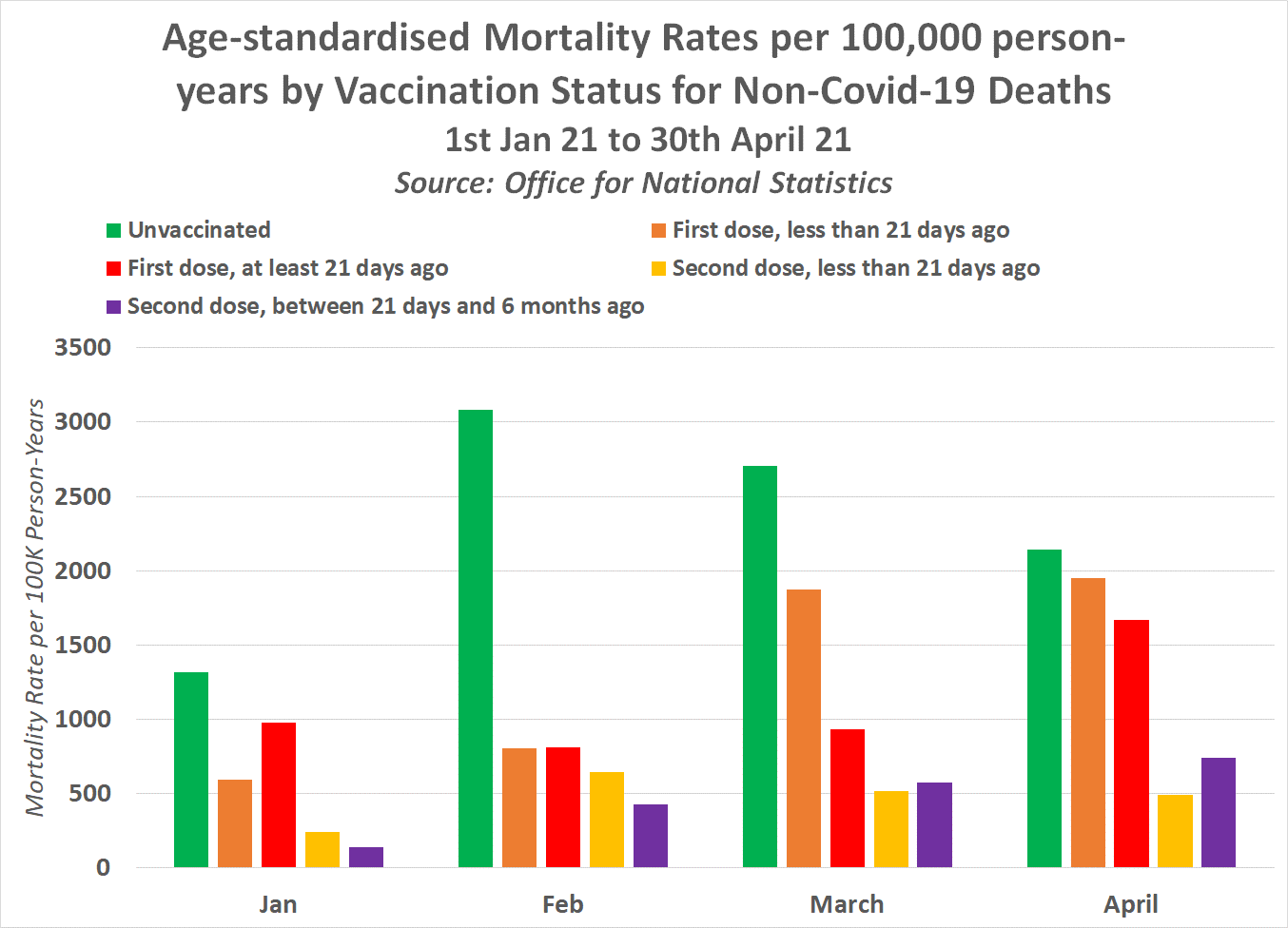 The unvaccinated were substantially more likely to die of any cause other than Covid-19 than the vaccinated population in both January and February 2021, before the rates seemed to normalize by the end of April.

But look at what happened from May 2021 onwards: 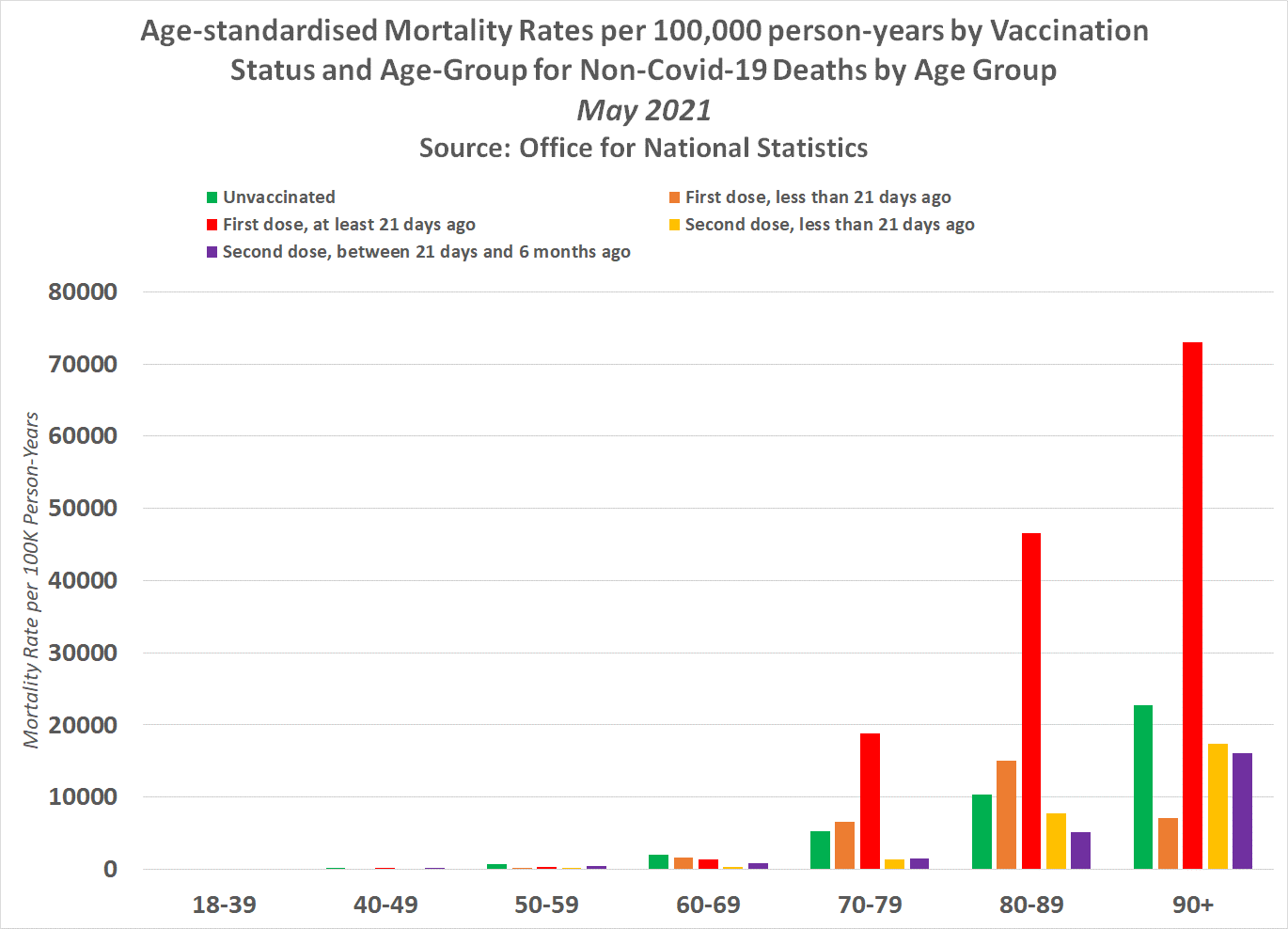 All of a sudden, the vaccinated population as a whole was more likely to die than the unvaccinated of any cause other than Covid-19, and this trend has continued month after month since. It also turns out this trend tally’s up with those who received the Covid-19 injections first.

People in England were vaccinated by order of age, with the eldest being offered the Covid-19 injection first.

The following chart shows the age-standardized mortality rates per 100,000 person-years by vaccination status and age group for the month of May 2021: 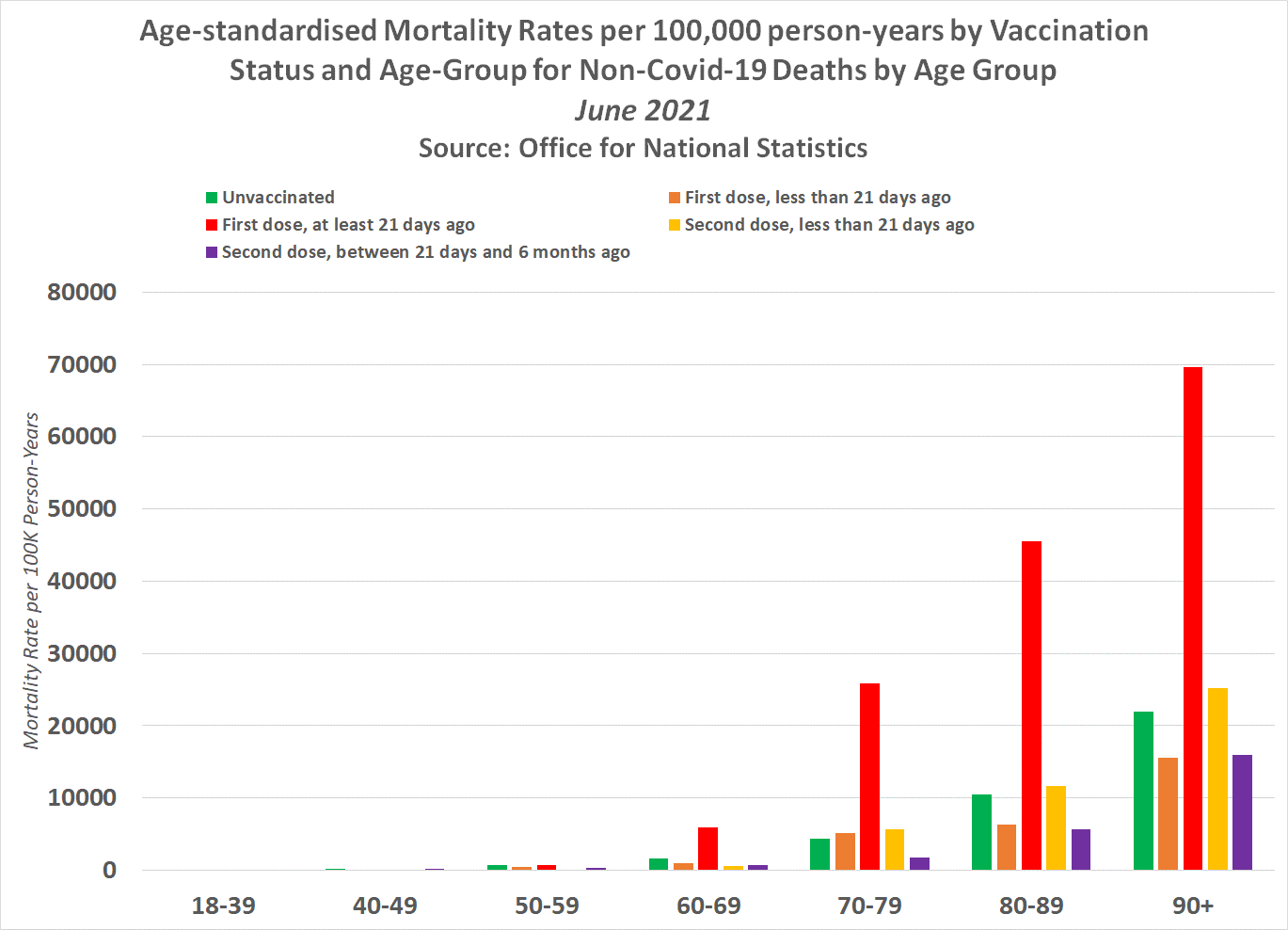 The figures show that in May the three age groups who had a higher mortality rate among the vaccinated were the 70-79, 80-89, and 90+-year-olds. The trend then continues into June with vaccinated 60-69-year-olds joining the highest mortality rate club.

The ONS data shows that this trend continues month after month until all age groups are more likely to die if they have been vaccinated. So with the UK Government starting a nationwide winter booster campaign in December 2021, it should actually come as no surprise as to why five months later we are now seeing excess deaths on the rise again in England and Wales: 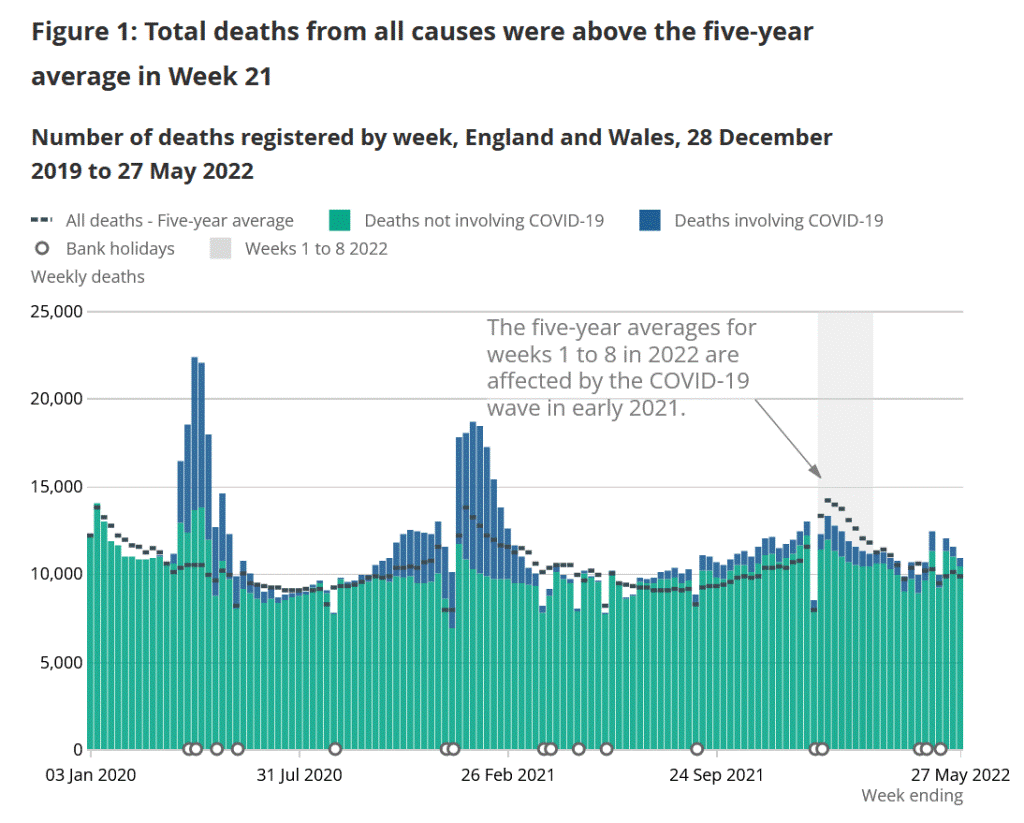