Currently, we are living during a pandemic with conflicting information and confusing (contradictory) political and public health decisions but which led to believe that strict lockdowns, mandatory testing, and vaccinations would be the only way out: at any costs.

To make their point, drug companies showed the data over the previous few decades and thus seemingly showing the impact vaccinations truly had. (Figure 1). 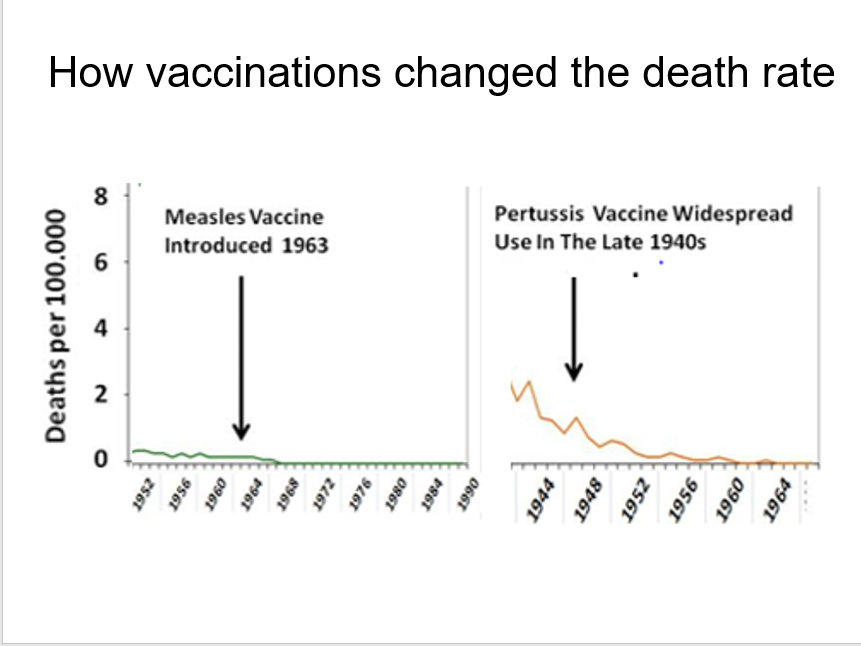 However, if one looks at the data over a century, one can see that there was a persistent and consistent decline and when introduced, immunizations did not have much of an effect on the death rate

But when we look at childhood diseases like measles, mumps, pertussis, or tuberculosis, we can observe an interesting phenomenon (figure 2): 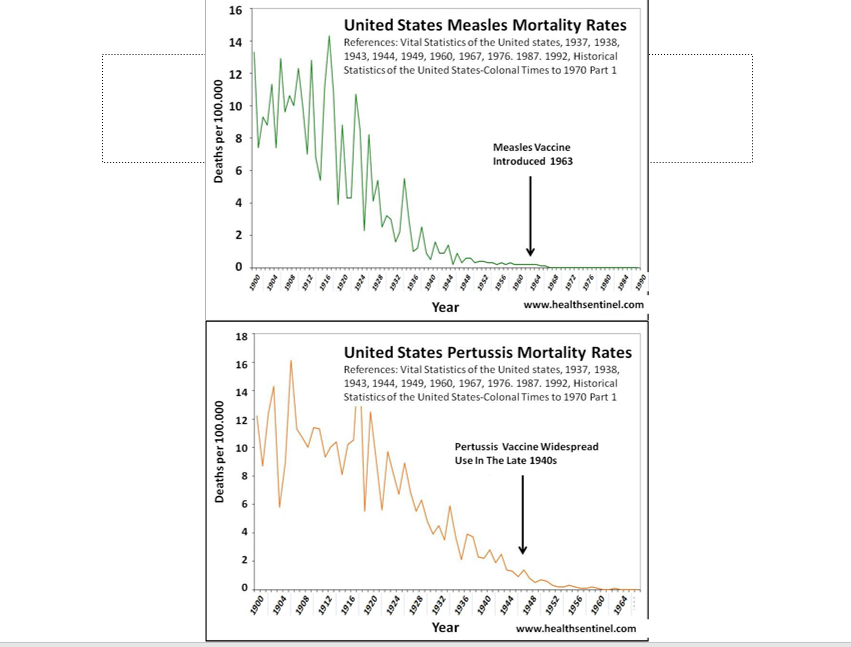 When we look at death rates for lung tuberculosis, the same trend is there: since the 1850s, persistently, the death rate declined and when antibiotics (in the graph called chemotherapy) were broadly available (ca. 1948) and then the BCG vaccination against tuberculosis was introduced in 1953, there was not much of an effect anyway (figure 3a). 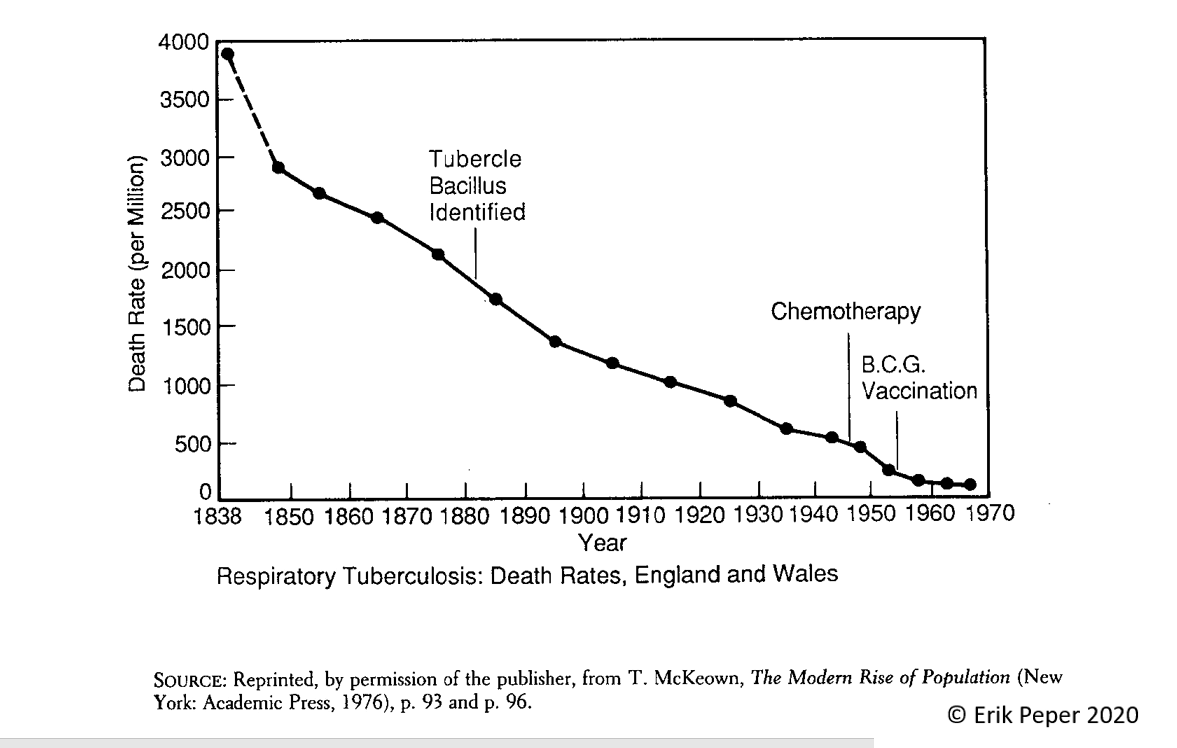 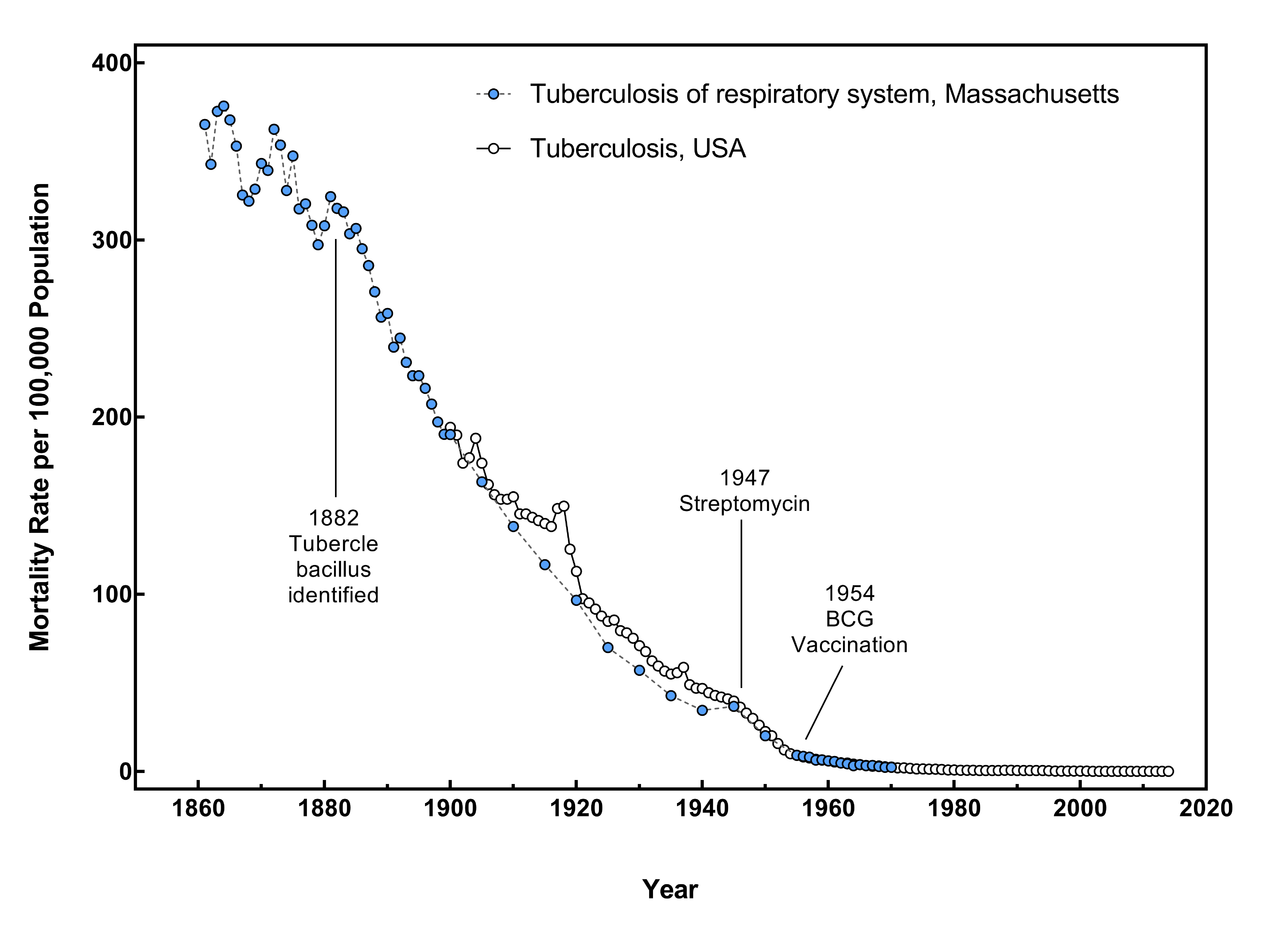 (Merged mortality rates of ‘tuberculosis of respiratory system’ in Massachusetts 1861–1970, and ‘tuberculosis’ USA 1900–2014 (Data collected from reports of the US Census Bureau and CDC-Wonder / the US Center for Disease Control (CDC); AMC-University of Amsterdam, 2016)

The actual illness (measles, chickenpox, mumps, rubella) will mature your immune system by raising the core body temperature (fever) and skin eruptions. We now know that in those skin eruptions (erythemas) dendritic cells undergo a maturing process. Dendritic cells are very important cells that recognize anything “wrong” that comes from outside (pathogens) and from inside (cancer cells). There is lots of adats that when one had not the opportunity to have one’s dendritic cells mature in this way, the risk to develop allergies and cancer more often and cancer at an earlier age.

As a child, when parents provided Tylenol (Paracetamol) to make the child more comfortable after vaccination or during the actual illness, the immune system has less the opportunity to learn to develop a regular immune response.

Were vaccinations the main cause of the decline of death rates?

The introduction of vaccinations against childhood diseases and other infectious illnesses does not seem the have had a significant effect on the further decline of death rates in these populations.