Drinking any amount of alcohol causes damage to the brain and other organs, study finds

There is no such thing as a “safe” level of drinking, with increased consumption of alcohol-associated with poorer brain health, according to a new study.

In an observational study, which has not yet been peer-reviewed, researchers from the University of Oxford studied the relationship between the self-reported alcohol intake of some 25,000 people in the UK and their brain scans.

The researchers noted that drinking had an effect on the brain’s gray matter — regions in the brain that make up “important bits where information is processed,” according to lead author Anya Topiwala, a senior clinical researcher at Oxford.

“The more people drank, the less the volume of their gray matter,” Topiwala said via email. (Dr. Gorter: but this is old information as loss of brain tissue is strongly associated with alcohol consumption. And rumors go that wine would be good for your health which I will address later in this article).

“Whilst alcohol only made a small contribution to this (0.8%), it was a greater contribution than other ‘modifiable’ risk factors,” she said, explaining that modifiable risk factors are “ones you can do something about, in contrast to aging.”

The team also investigated whether certain drinking patterns, beverage types, and other health conditions made a difference to the impact of alcohol on brain health.

They found that there was no “safe” level of drinking — meaning that consuming any amount of alcohol was worse than not drinking it. They also found no evidence that the type of drink — such as wine, spirits, or beer — affected the harm done to the brain.

However, certain characteristics, such as high blood pressure, obesity, or binge drinking, could put people at higher risk, researchers added.

“So many people drink ‘moderately,’ and think this is either harmless or even protective,” reports Topiwala.

“As we have yet to find a ‘cure’ for neurodegenerative diseases like dementia, knowing about factors that can prevent brain harm is important for public health,” she added.

The risks of alcohol have long been known: Previous studies have found that there’s no amount of liquor, wine, or beer that is safe for one’s overall health.

Alcohol was the leading risk factor for disease and premature death in men and women between the ages of 15 and 49 worldwide in 2016, accounting for nearly one in 10 deaths, according to a study published in The Lancet in 2018.

“While we can’t yet say for sure whether there is ‘no safe level’ of alcohol regarding brain health at the moment, it has been known for decades that heavy drinking is bad for brain health,” Sadie Boniface, head of research at the UK’s Institute of Alcohol Studies, told CNN via email.

“We also shouldn’t forget alcohol affects all parts of the body and there are multiple health risks,” said Boniface, who was not associated with the University of Oxford study.

Tony Rao, a visiting clinical fellow in Old Age Psychiatry at King’s College London, shared that given the large sample size, it was unlikely the study’s findings could have arisen by chance.

Rao said the study replicates previous research that has shown there is no safe limit in the level of alcohol consumption for its role in damage to the structure and function of the human brain.

“Previous research has found that subtle changes which demonstrate damage to the brain can present in ways that are not immediately detectable on routine testing of intellectual function and can progress unchecked until they present with more noticeable changes in memory,” he said.

“Even at levels of low-risk drinking,” he said, “there is evidence that alcohol consumption plays a larger role in damage to the brain than previously thought. The (Oxford) study found that this role was greater than many other modifiable risk factors, such as smoking.”

“The interaction with high blood pressure and obesity on increasing the damage done by alcohol to the brain emphasizes the wider role of diet and lifestyle in maintaining brain health,” he added.

There is this common belief that two to three glasses of (red) wine per day would prevent heart attacks; that it is “good” for one’s heart. This is one example out of many of fraud in medicine.

Let me explain of data from the 1990s. Large population-based studies were done in Southern France (Bordeaux region mainly) to prove the benefit of drinking (Bordeaux) red wine. The study was funded by the Ministry of Agriculture in Paris. A large part of the population (still) smoked at that time.

Nicotine causes vasoconstriction (narrowing of the arterial blood vessels; especially the capillaries). Alcohol has the opposite effects and causes vasodilatation (opening of the fine arteries) as a poison to the smooth muscle fibers in the walls of blood vessels. Blood vessel and heart disease are mainly caused by persistent vasoconstriction of the arteries and the capillaries and smoking increase vasoconstriction. Alcohol triggers vasodilatation. That is why people who have a few drinks have a flushed face as the blood flow in the skin is consequently increased. 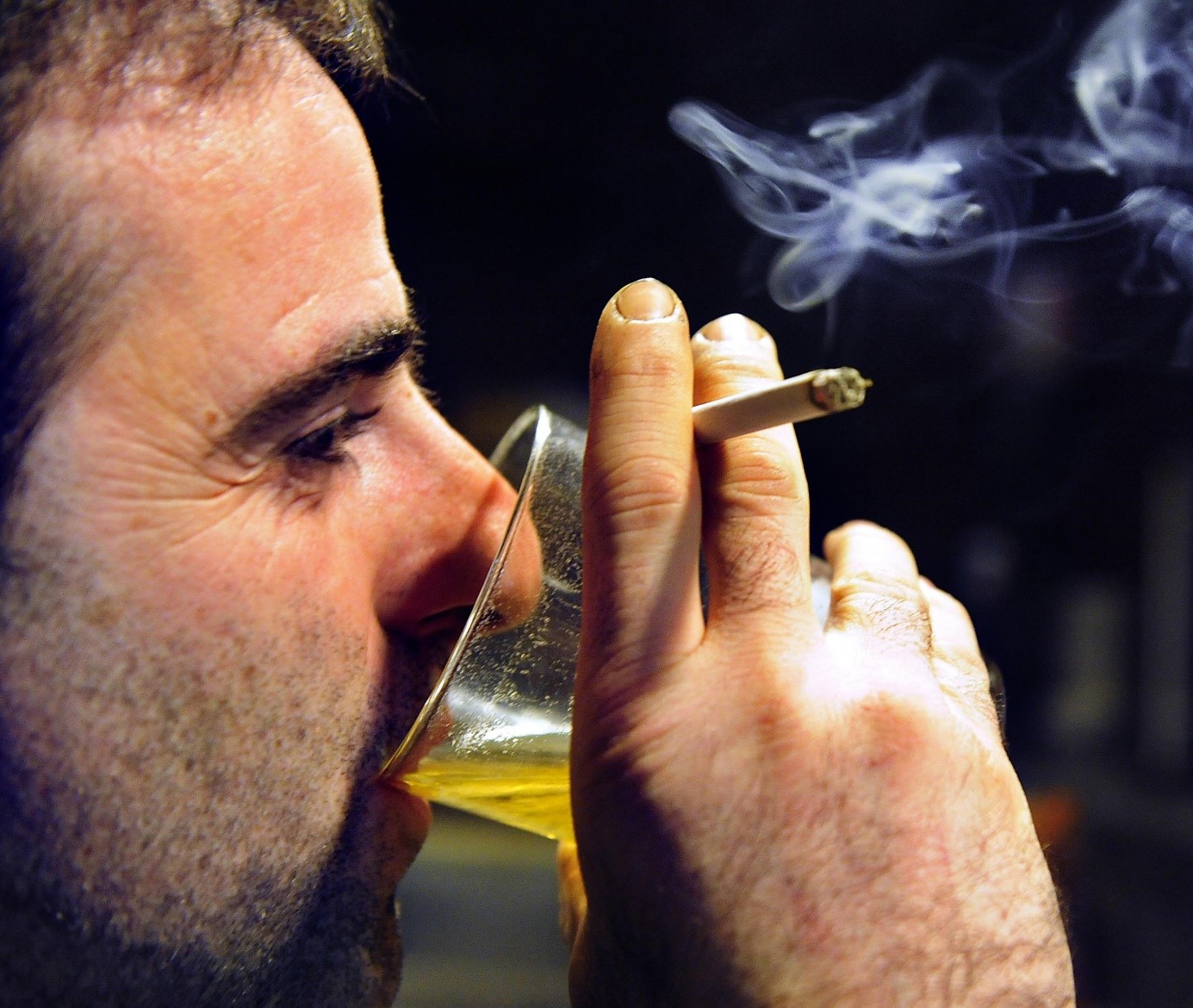 The actual data of the study were:

This, the recommendations should have been:

“Do not drink and do not smoke!”

People who do not smoke and do not drink have an improved life expectancy of approximately 12 years compared to people who drink alcohol and smoke.

It is my opinion that to hide all the negative data of alcohol and smoking, compared to refrain from smoking and drinking all together was misleading (criminal) and I still know of colleagues who recommend a few glasses of red wine every day as “Good for You!”