How dogs tracked their humans across the ancient world 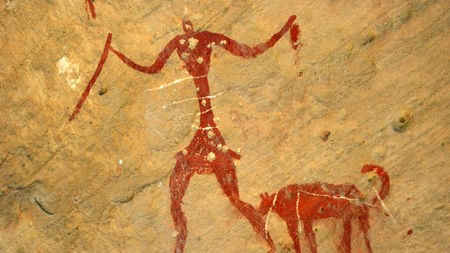 Libyan rock art that may date back 7000 years depicts a hunter and his dog. (JOE AND CLAIR CARNEGIE/LIBYAN SOUP/GETTY IMAGES)

Sometime toward the end of the last ice age, a gray wolf gingerly approached a human encampment. Those first tentative steps set his species on the path to a dramatic transformation: By at least 15,000 years ago, those wolves had become dogs, and neither they nor their human companions would ever be the same. But just how this relationship evolved over the ensuing millennia has been a mystery. Now, in the most comprehensive comparison yet of ancient dog and human DNA, scientists are starting to fill in some of the blanks, revealing where dogs and humans traveled together—and where they may have parted ways.

“It’s a really cool study,” says Wolfgang Haak, an archaeogeneticist at the Max Planck Institute for the Science of Human History. “We’re finally starting to see how the dog story and the human story match up.”

Dogs are one of the biggest enigmas of domestication. Despite decades of study, scientists still haven’t figured out when or where they arose, much less how or why it happened. A 2016 study concluded that dogs may have been domesticated twice, once in Asia and once in Europe or the Near East, but critics said there wasn’t enough evidence to be sure. A few years later, researchers reported signs of dogs in the Americas as early as 10,000 years ago, yet those canines appear to have vanished without a genetic trace. Other studies have found evidence of ancient dogs in Siberia and elsewhere, but scientists don’t know how they got there or how they’re related.

To fill in some of the blanks, two big names in dog and human genetics teamed up: Greger Larson, an evolutionary biologist at the University of Oxford, and Pontus Skoglund, a paleogenomicist at the Francis Crick Institute. Larsen, Skoglund, and colleagues sifted through more than 2000 sets of ancient dog remains dating back nearly 15,000 years from Europe, Siberia, and the Near East. In the process, they added 27 ancient dog genomes to the five already on record. They then compared those with the genomes of 17 humans living in the same places and times as the dogs.

The dog DNA alone revealed some surprises. As early as 11,000 years ago, there were already five distinct dog lineages; these gave rise to canines in the Near East, northern Europe, Siberia, New Guinea, and the Americas, the team reports today in Science. Because dogs had already diversified so much by that time, “domestication had to occur long before then,” Skoglund says. That fits with archaeological evidence: The oldest definitive dog remains come from Germany about 15,000 to 16,000 years ago.

Remarkably, pieces of these ancient lineages are still present in today’s pooches. Chihuahuas can trace some of their ancestry to early American dogs, for example, whereas Huskies sport genetic signatures of ancient Siberian dogs, the team found. “If you see a bunch of different dogs in a dog park,” Skoglund says, “they may all have different ancestries that trace all the way back 11,000 years” (see figure below).

When the researchers compared their dog DNA with modern and ancient wolf DNA, they got another surprise. Most domesticated animals pick up genetic material from their wild relatives—even after domestication—because the two species often live in close proximity and can still mate (think pigs and wild boars). But dogs show no such “gene flow” from wolves. Instead, the wolves gained new DNA from the dogs—a one-way street. 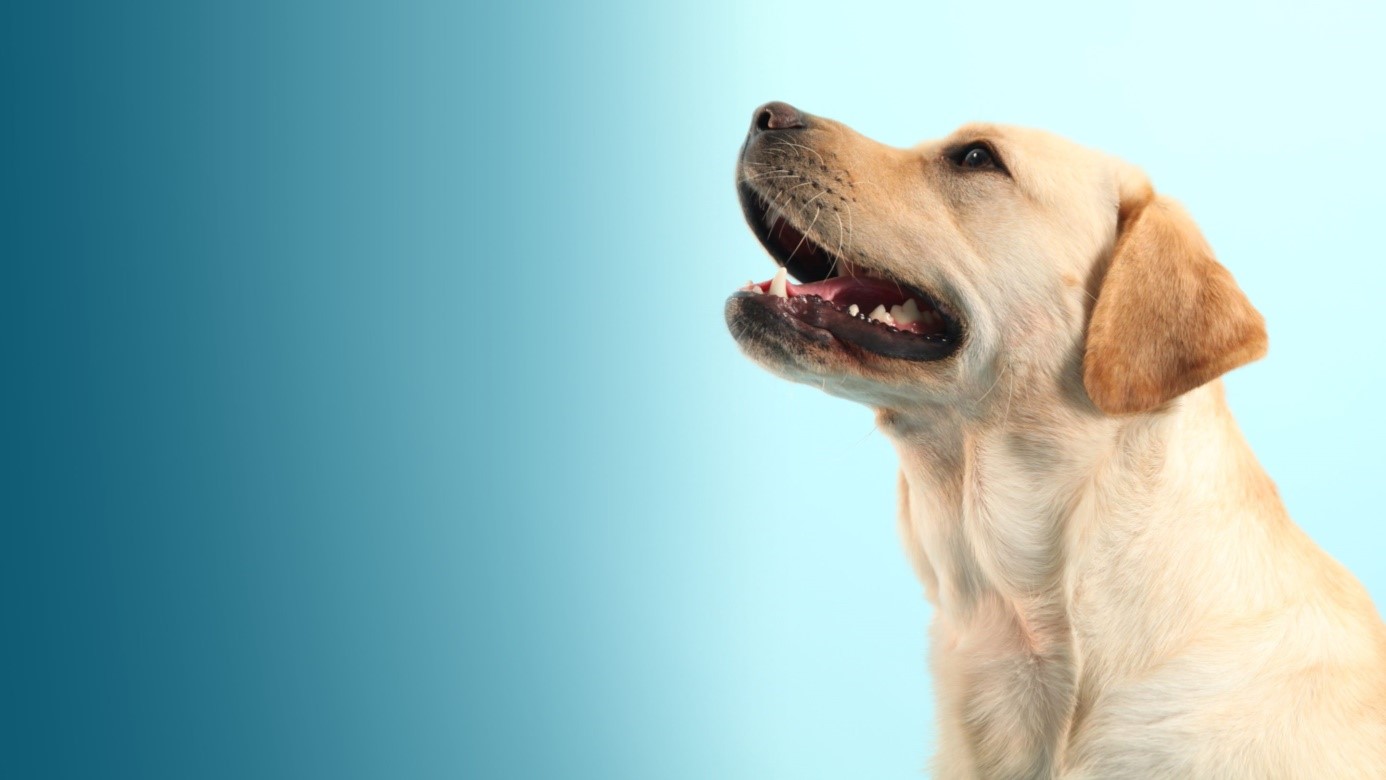 Larson chalks this up to the intimate relationship between dogs and humans. If your pig or chicken becomes a bit wilder thanks to an infusion of feral DNA, it doesn’t matter, because you’re going to eat them anyway, he explains. But dogs that go native make bad guards, hunting companions, and friends. “If you’re a dog and you have a bit of wolf in you, that’s terrible,” Larson says. People will “get rid of the dog.”

The wolf-dog analysis also suggests dogs evolved only once, from a now-extinct wolf population. Still, Larson, who led the 2016 study on multiple domestication events, says more data are needed to seal the deal.

Then the scientists brought humans into the mix. They selected human DNA samples from the same places and eras for which they had ancient canine DNA, and traced the genetic history of each. “It’s like you have an ancient text in two different languages, and you’re looking to see how both languages have changed over time,” Skoglund says. 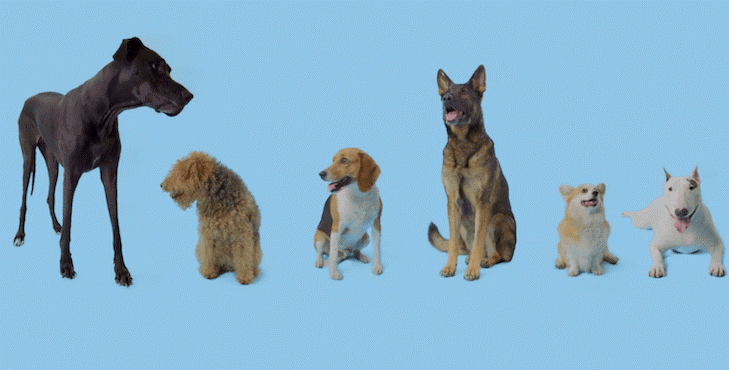 In many places, the team found a strong overlap between human and dog genomes. For example, farmers and their pups in Sweden about 5000 years ago both trace their ancestry to the Near East. This suggests early farmers took their dogs with them as agriculture spread throughout the continent. “Writ large, as humans moved, they moved with their dogs,” Larson says. 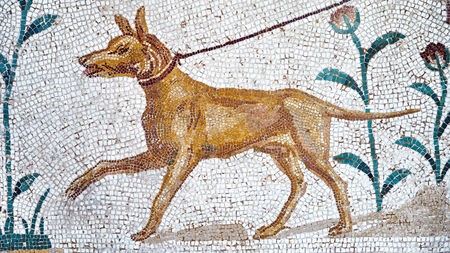 But sometimes the stories didn’t match up. Farmers in Germany about 7000 years ago also came from the Near East and also lived with dogs. But those animals seem more similar to hunter-gatherer pups, which came from Siberia and Europe.

That suggests many early migrants adopted local dogs that were better adapted to their new environment, Haak says. The benefits were many, adds Peter Savolainen, a geneticist at the Royal Institute of Technology and an expert on dog origins. “They were cute. You could use them. You could even eat them.”

Savolainen calls the study “very thorough,” and adds it’s “fantastic” that the researchers were able to bring together so many data. But he has long argued that dogs arose in Southeast Asia and says the work is incomplete without samples from that corner of the globe. “Without those, you could be missing an important part of the picture.” 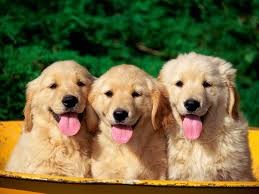 For now, Larson says his team is analyzing “a ton” of wolf and dog genomes. He and his colleagues have also begun to look at ancient skull shape and genetic markers that could give clues to what early dogs looked like. Whatever he finds, he’s counting on being surprised. “We have to expect the unexpected,” he says, “because that’s all ancient DNA ever gives us.”

People first domesticated plants about 10,000 years ago, between the Tigris and Euphrates rivers in Mesopotamia (which includes the modern countries of Iran, Iraq, parts of Persia, Turkey, and Syria).

People collected and planted the seeds of wild plants. They made sure the plants had as much water as they needed to grow, and planted them in areas with the right amount of sun. Weeks or months later, when the plants blossomed, people harvested the food crops. Also, the need for planning sewing and harvesting triggered the development of a calendar. 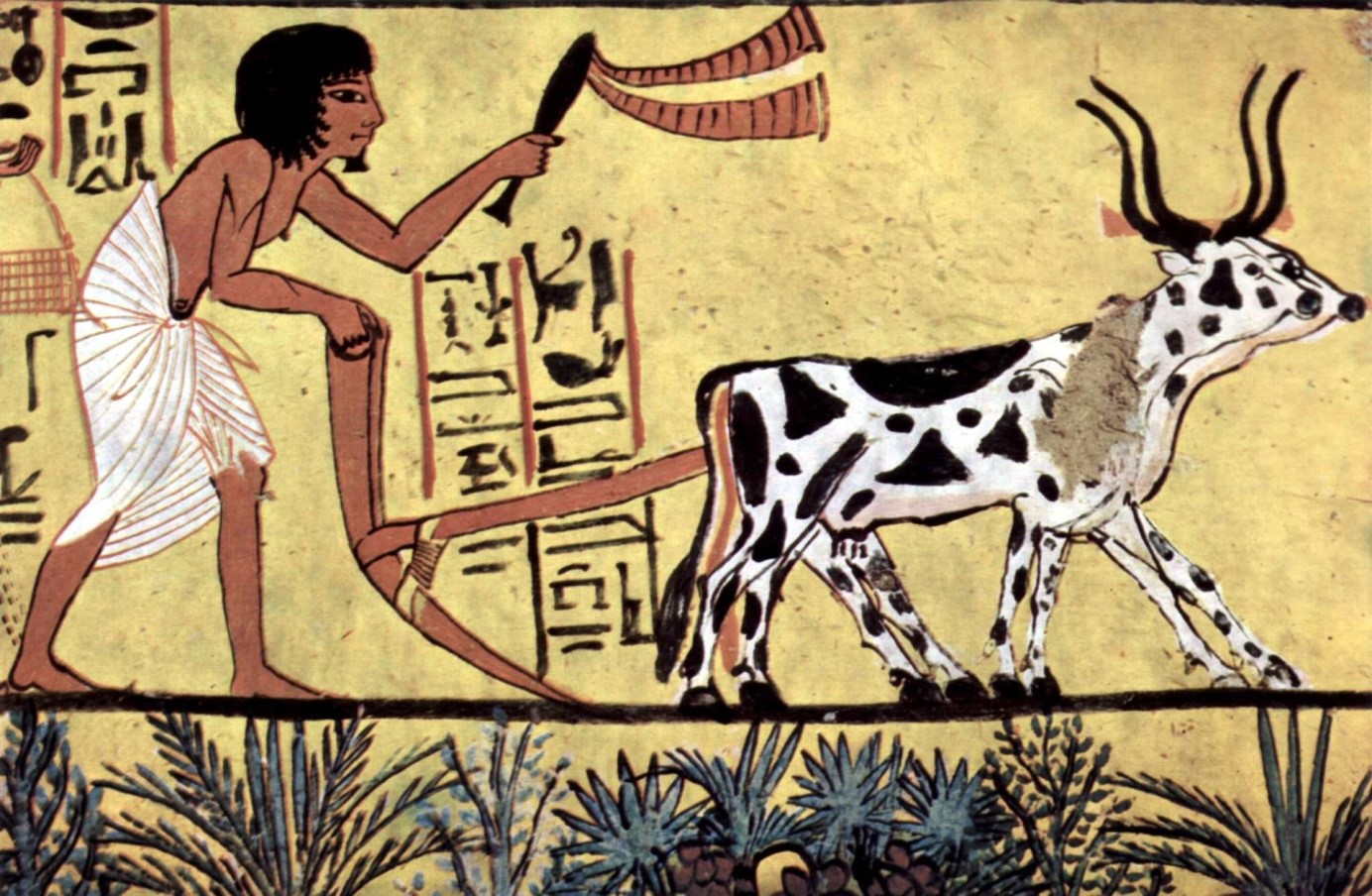 About the same time man domesticated plants, people in Mesopotamia began to tame animals for meat, milk, and hides. Hides, or the skins of animals, were used for clothing, storage, and to build tent shelters.

Goats were probably the first animals to be domesticated, followed closely by sheep. In Southeast Asia, chicken also were domesticated about 10,000 years ago. Later, people began domesticating larger animals, such as oxen or horses, for plowing and transportation. These are known as beasts of burden.

Some animals domesticated for one purpose no longer serve that purpose. Some dogs were domesticated to assist people in hunting, for instance. There are hundreds of domestic dog species today. Many of them are still excellent hunters, but most are pets.

Throughout history, people have bred domesticated animals to promote certain traits. Domestic animals are chosen for their ability to breed in captivity and for their calm temperament. Their ability to resist disease and survive in difficult climates is also valuable.

Domesticated animals can look very different from their wild ancestors. For example, early wild chickens weighed about two pounds. But over thousands of years of domestication, they have been bred to be larger. Larger chickens yield more meat. Today, domestic chickens weigh as much as 17 pounds. Wild chickens only hatched a small number of eggs once a year, while domestic chickens commonly lay 200 or more eggs each year.

Domesticating plants marked a major turning point for humans: the beginning of an agricultural way of life and more permanent civilizations. Humans no longer had to wander to hunt animals and gather plants for their food supplies.

Agriculture—the cultivating of domestic plants—allowed fewer people to provide more food. The stability that came with regular, predictable food production led to increased population density. People were able to do more than hunt for each day’s food—they could travel, trade, and communicate. The world’s first villages and cities were built near fields of domesticated plants.

Domestication of Dogs and Wolves

The process of domestication continues. Cowboys and other horse experts train horses. Sometimes, this is called “breaking” a horse. Training a horse to allow a saddle and rider requires an enormous amount of physical work, training, and patience. Horses that are born on ranches or in stables still need to be trained, although training a young horse is easier than domesticating a horse caught in the wild.