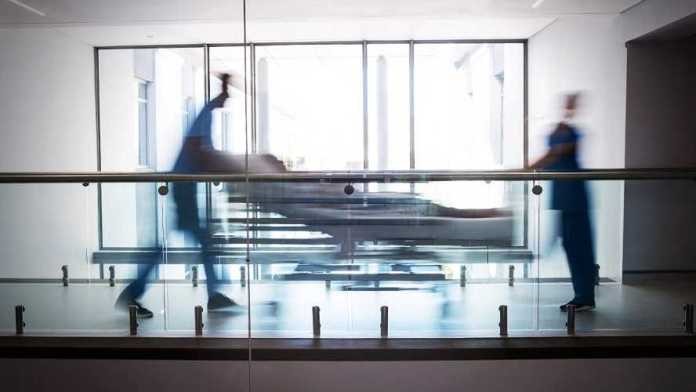 The mainstream media is baffled by the hordes of sick and dying patients now flooding US hospitals, writes Naturalnews.com

According to the talking heads, these people did not contract the coronavirus because many of them have been “fully vaccinated”, so the whole case is a “mystery,” they claim.

Since the vaccinations are “safe and effective”, there is no explanation for this latest crisis. It just has to be a coincidence, right?

“Intensive Care Units are now overrun with critically ill patients — but many don’t even have Covid,” Michigan Radio reports.

National Public Radio (NPR) also passed on the story, pretending there was no connection between this sudden surge in hospitalizations immediately after Joe Biden’s jab mandates.

As we already reported, there are hardly any hospital beds left because the people who have been fully vaccinated are flooding their local Intensive Care Units and not only with COVID-19 infections but also with myocardial infarctions (heart attacks), Cerebrovascular accidents (CVA) like strokes and infarctions and cancer.

“I always feel really, really bad when I walk down the hall and see people in pain or needing sleep or rest. But they have to be in the hallway with, as you can see, 10 or 15 people walking by every minute.”

The Covid shots are clearly and undeniably what makes people sick

The situation is much the same in Australia, where the most horrific Chinese flu fascism has been forced on people in the name of “public health”.

ABC in Australia reports that hospitals across the country are “under pressure”. The same media outlet blames the increase on the “Delta (variant) threat but ignores willingly that the vast majority is hospitalized for other reasons, like strokes and heart attacks.”

You refuse to be vaccinated, but are you ready to be an outcast?

“Australian hospitals are already overwhelmed and falling behind, even with the ‘once-in-a-generation slowdown inpatient numbers that came with COVID-19,” the media outlet reported, citing a report from medical authorities.

“According to the report, the number of patients leaving emergency departments within four hours fell to 69 percent, the worst level since 2012-13.”

Australian Prime Minister Mark McGowan recently gave a press conference in which he pretended not to know why fully vaccinated Australians are getting sick and dying in record numbers.

“This is something no one has ever seen before,” McGowan said. “Why it is so is hard to figure out, except there’s some evidence that it’s some sort of delayed response to ‘covid’.”

“But there’s a huge number of people coming in and we’re doing everything we can to control it,” he added. “In particular, we have allocated an additional $1.9 billion in the budget for additional staff – doctors, nurses, and the like.”

McGowan went on to reveal that an additional $3.1 billion has been earmarked for “new capital projects” — because redistributing taxpayers’ money across projects is the government’s way of “curing” mysterious diseases.

Sweden, which rejected most of the planned tyranny but still brought in the “Operation Warp Speed” injections, is also experiencing a “record month” of hospitalizations.

It appears that the fully vaccinated in that country are experiencing antibody-dependent enhancement (ADE) or some other cocktail of complications caused by the injections.

“It will be interesting to see what causes this,” said Johan Björk, the head of an emergency room in Jönköping that is overloaded with sick patients. “It will certainly be investigated.”

“So, if it’s not Covid and it appears to be an outbreak, what else has changed in, say, the last 12 months?” asked a commentator on Information Liberation.