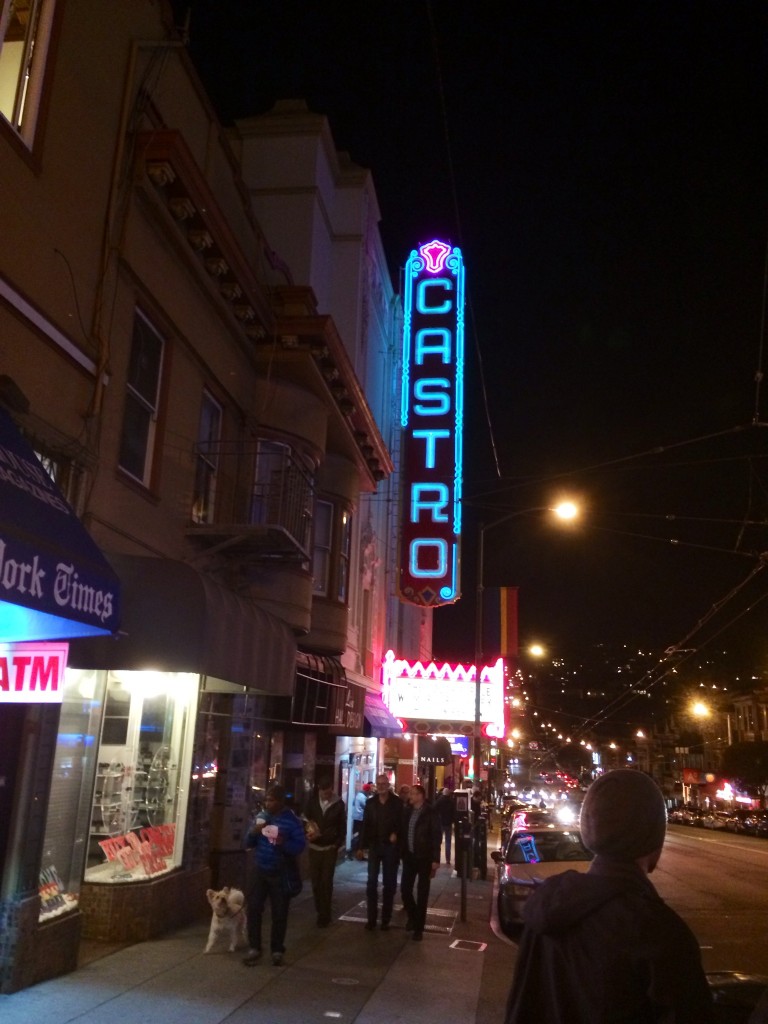 The Castro Theatre is a popular San Francisco movie palace which became San Francisco Historic Landmark #100 in September 1976.  Located at 429 Castro Street, in the Castro district, it was built in 1922 with a Spanish Colonial Baroque façade that pays homage—in its great arched central window surmounted by a scrolling pediment framing a niche—to the recently rebuilt basilica of Mission Dolores nearby. Its designer, Timothy L. Pflueger, also designed Oakland’s Paramount Theater and other movie theaters in California in that period. The theater has 1407 seats.

The Castro Theatre originally opened at 479 Castro Street in 1910. It was subsequently remodeled into a retail store (currently occupied by Cliff’s Variety, since 1971) in the mid-1920s after the larger Castro Theater was built at 429 Castro Street, its current location, only a few doors up from the original theatre.

The New Castro Theatre opened on June 22, 1922 for an invitation-only screening, with local luminaries such as Mayor James “Sunny Jim” Rolph in attendance, of the Paramount Pictures release Across the Continent (1922), starring Wallace Reid. The new Castro Theater opened the following day to the general public.

The Nasser brothers, who built the theater and still own it, also owned several movie houses in the San Francisco area. The interior is luxurious and ornate, with subtly convex and concave walls and ceiling and a dramatic “Mighty Wurlitzer” pipe organ that is played before films and events. The large neon “Castro” sign is emblematic of both the theatre and the Castro District. 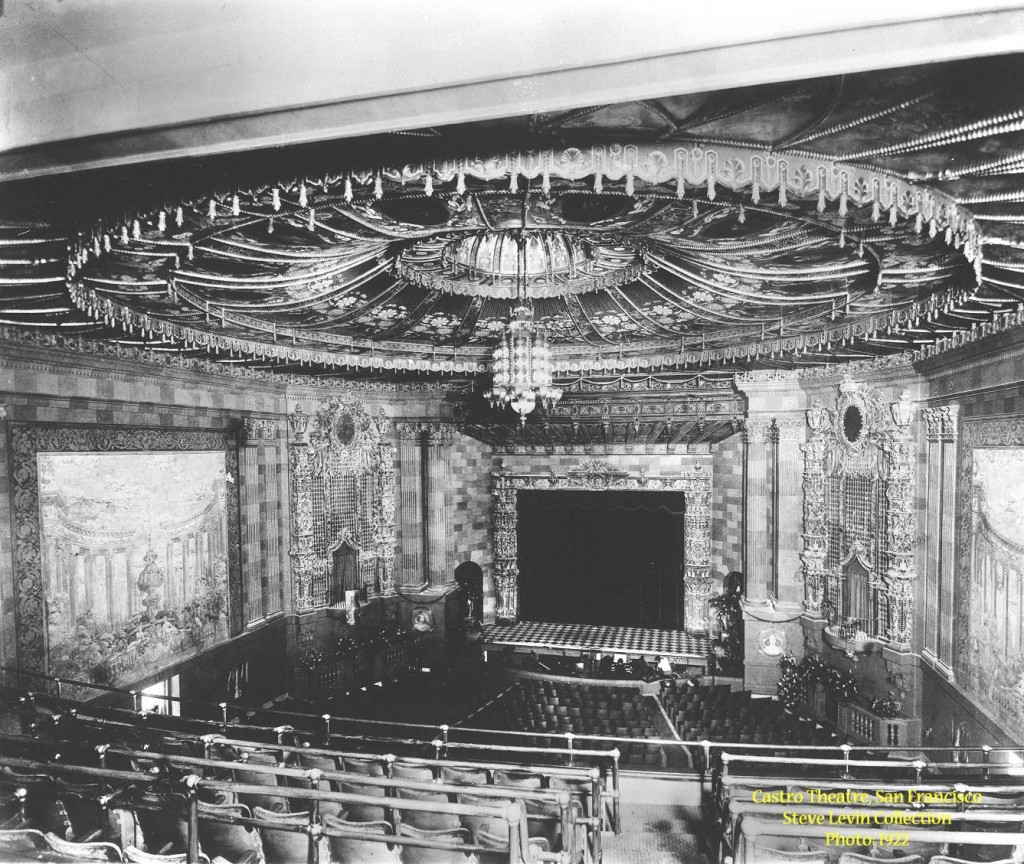 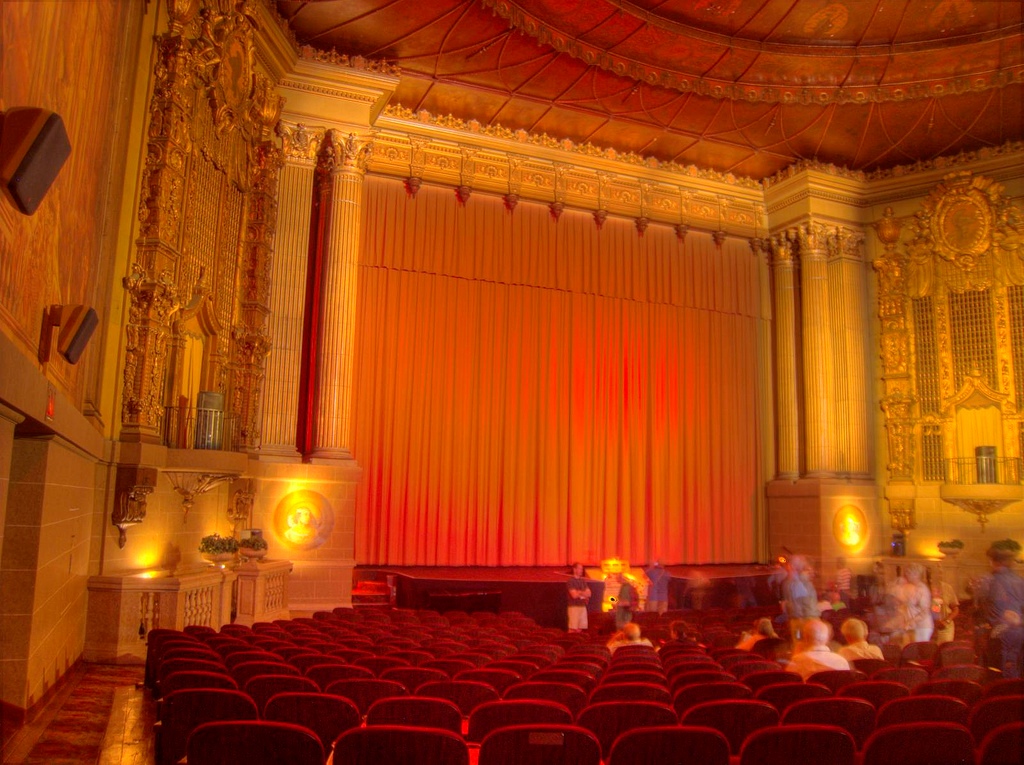 In January 2008, for the filming of the Gus Van Sant biopic Milk, restorations were made to the neon on the theater’s marquee and blade sign, and the facade was repainted. The movie about the life and times of Harvey Milk, the San Francisco city Supervisor who was America’s first openly gay elected official and who was murdered brutally (portrayed by actor Sean Penn, who won an Academy Award for his performance), had its world premiere at the theater in November 2008.

The theater can project modern digital formats such as DCP with 5.1 Dolby sound and can accurately reproduce the classic silent film experience by projecting custom frame rates anywhere between 12 and 30 frames per second, including the ability to speed up or slow down during a film. The Castro is capable of showing 70 mm films and is one of the few theaters in the world that can show a 70 mm film with separate DTS soundtrack.

The Castro Theatre is located on Castro Street near the intersection of Market and 17th Streets, across from the Castro Street Station on the Muni Metro subway. 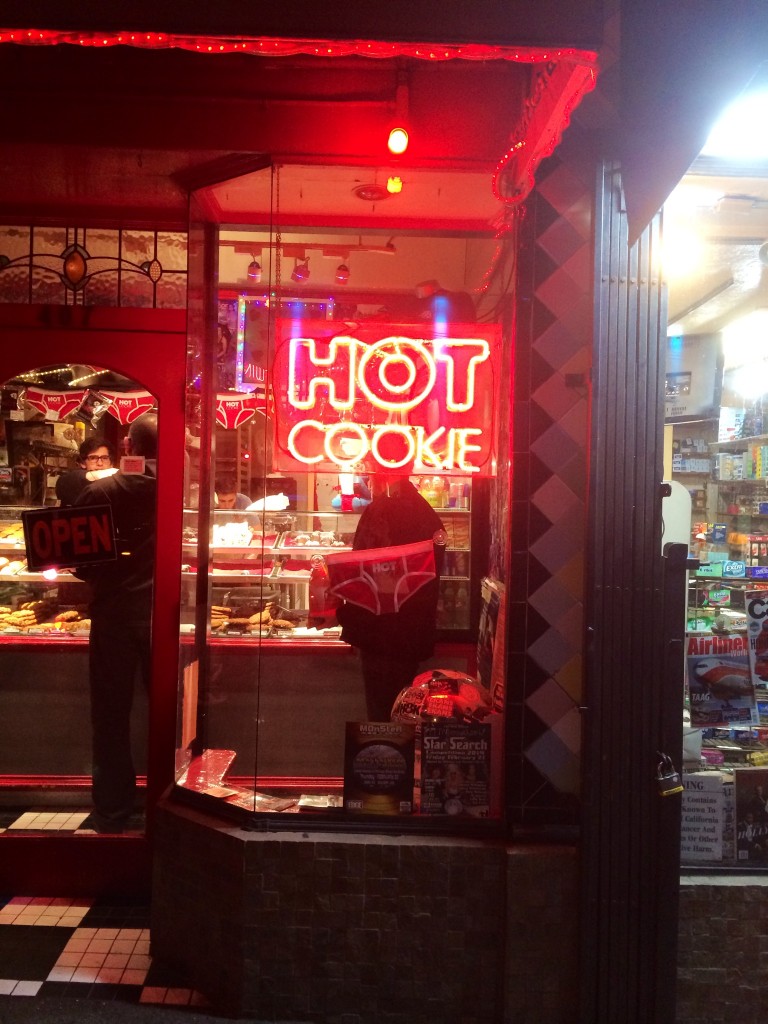