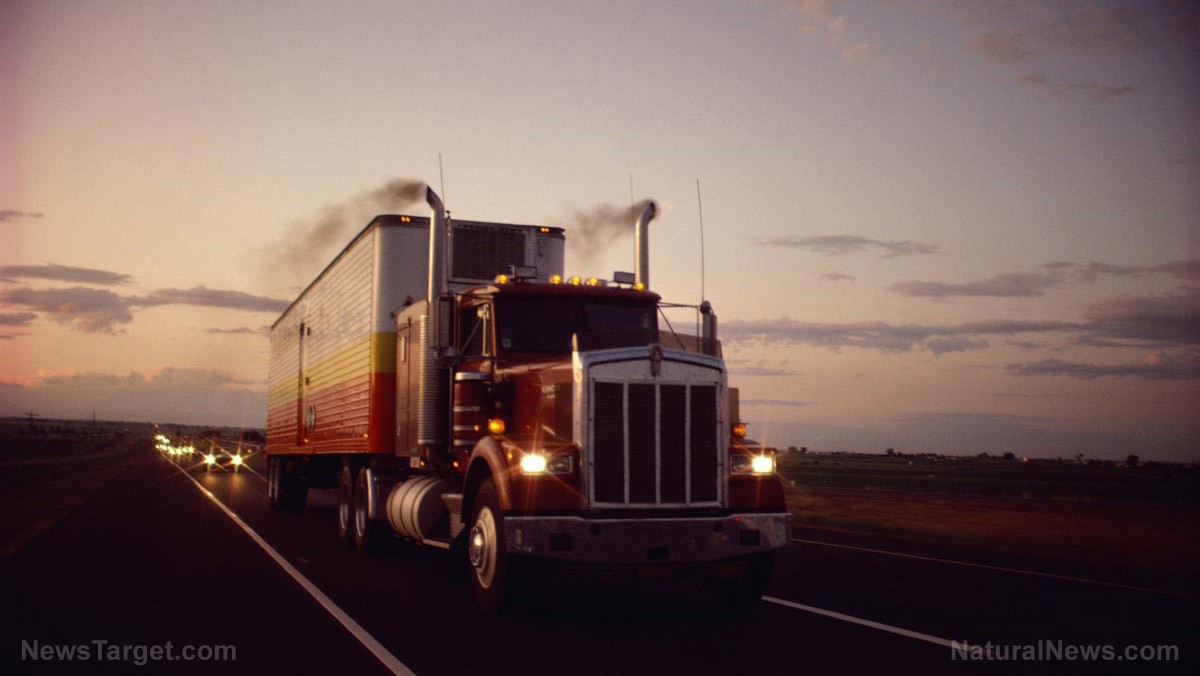 Thousands of California truckers vow to “Let Freedom Roll” in convoy to Washington, D.C. in pushback on pandemic mandates

Tractor-trailer drivers in California and throughout the United States are preparing to emulate their brothers and sisters in Canada with a “Freedom Convoy” of their own to protest ongoing federal pandemic masks and vaccine mandates.

According to the Epoch Times, the “Let Freedom Roll” convoy will begin on the “left coast” and travel cross-country to Washington, D.C., gathering steam and participants along the way.

The outlet added: “A national group, called The People’s Convoy, is organizing the truckers who will hit the road for the nation’s capital city to demand the Emergency Powers Act be lifted, ending the mandates, according to Chris Marston, chairman of the American Foundation for Civil Liberties, a non-profit that advocates for civil liberties issues and is helping coordinate the trucker’s protest. Though previous news reports stated the convoy wouldn’t depart California until March 7, 2022, organizers now say the convoy will leave earlier than planned.”

The organization has called on Americans to join its “call to freedom” in the spirit of “our brave and courageous neighbors to the north—our Canadian brothers and sisters who led the charge.”

Canada’s Freedom Convoy protest has not only captured attention in the world’s remaining “democracies but” it has also inspired similar protests after hundreds of trucks parked outside of the Parliament building in Ottawa to push back on Prime Minister Justin Trudeau’s vaccine mandate.

Maureen Steele, the organizer of The People’s Convoy, told Steve Bannon’s “War Room” podcast this week that a map of the convoy’s travel route will be posted online to the group’s website.

Also, Steele indicated that the organization has learned something from government and establishment responses to the Canadian protest: In order to ensure that donated funds to the truckers will actually go to them and won’t be frozen or stolen, the group will take donations directly on their website, not go through a crowdfunding platform like GoFundMe or GiveSendGo.

“They are like the Boston Tea Party. They’re the fountainhead of a worldwide movement, which is basically on the right side of both science and economics. And we have to thank those Canadian truckers,” Navarro said during an appearance on the show this week.

Also, Dr. Robert Malone, a virologist and immunologist who led the development of mRNA vaccines and an outspoken critic of the way the federal government has handled the pandemic overall and mandates, also suggested during Bannon’s program that soon D.C. will witness a new kind of “woke” — which supporters of the convoy have labeled an “awakening.”

“I think that the truckers when they hit the Capitol, may well wake up a large number of our representatives and senators that choose to ignore and are kind of a little bit asleep right now,” Malone said.

Joshua Yoder of U.S. Freedom Flyers, a recently formed group of American air, rail, and trucking professionals who believe in “the right to travel freely” without any restrictions including vaccine status, also voiced approval for the convoy on Bannon’s show.

“These are Americans who want their voices to be heard. We’ve been shut out for so long,” Yoder told the program. “There’s a lot of average people coming together, uniting … This is people speaking out and voicing their frustrations, and I think the government would do well to listen to us. It’s been far too long,”

Leigh Dundas, a civil rights attorney based in Orange County, Calif., known for battling vaccine passports, told the Epoch Times: “I’ve been keeping the communication channels open between groups … acting as a de facto clearinghouse between different truckers who wanted to get connected … and do something similar, but also different from what Canada did.”

The fight to recapture freedom has begun. The time to join is now.