This overview of peer-reviewed literature tries to support an honest debate about vaccinations and their possible benefits and risks.

Anyone defending the Bill Gates/WHO global vaccine program needs to explain this (and other) studies: Mogensen et al. 2017. Before 2017, neither HHS nor WHO ever performed the kind of vaccinated/unvaccinated (or placebo) study necessary to ascertain if the DTP vaccine yields beneficial health outcomes. The DTP vaccine was discontinued in the US and western nations in the 1990s following thousands of reports of death and brain damage (sic). 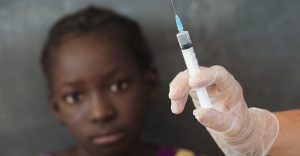 But Bill Gates and his surrogates, GAVI and WHO, made DTP a priority for African babies. The Danish government and Novo Nordisk Foundation commissioned this study by a team of the world’s leading experts on African vaccination. The two most prominent names, Drs. Soren Mogensen and Peter Aaby, are both vocal vaccine supporters. They were shocked when they examined years of data from a so-called “natural experiment” in Guinea Bissau where 50% of children die before age five. In that West African nation, half the children were vaccinated with the DTP vaccine at three months and the other half at six months. Dr. Mogenson and his team found that girls vaccinated with the DTP vaccine died at 10 times the rate of unvaccinated kids. While the vaccinated children were protected from Diphtheria, Tetanus, and Pertussis, they were far more susceptible to other deadly diseases than unvaccinated peers. The vaccine compromised their immune systems. Thanks to Gates, DTP is the world’s most popular vaccine.

The researchers documented that the DTP vaccine is killing more children than the diseases it targets.

For African nations, GAVI and WHO use DTP vaccine uptake to gauge national compliance with vaccine recommendations. GAVI can financially punish nations that don’t fully comply. The researchers suggested that the DTP vaccine is killing more children than the diseases it targets. Millions of children may be adversely affected. Although the New York Times and other Gates boosters will accuse me of promoting “vaccine misinformation”, this is a peer-reviewed publication in a respected journal by the world’s most authoritative vaccine scientists describing catastrophic outcomes.

Shouldn’t we be scrutinizing Bill Gates’ record in Africa before we let him dictate which medicines we in the USA and Europe need to take? By muzzling legitimate criticism as “anti-vax”, the media avoids honest debate on many damning studies like Mogensen.

Mogensen et al. examined the introduction of diphtheria-tetanus-pertussis (DTP) and oral polio vaccine (OPV) in an urban community in the Western African country Guinea-Bissau in the early 1980s.

The child population had been followed with 3-monthly nutritional weighing sessions since 1978. From June 1981 DTP and OPV were offered from 3 months of age at these sessions. Due to the 3-monthly intervals between sessions, the children were allocated by birthday in a ‘natural experiment’ to receive vaccinations early or late between 3 and 5 months of age. We included children who were < 6 months of age when vaccinations started and children born until the end of December 1983. We compared mortality between 3 and 5 months of age of DTP-vaccinated and not-yet-DTP-vaccinated children in Cox proportional hazard models.

Among 3 to 5-month-old children, having received DTP (± OPV) was associated with a mortality hazard ratio (HR) of 5.00 (95% CI 1.53–16.3) compared with not-yet-DTP-vaccinated children. Differences in background factors did not explain the effect. The negative effect was particularly strong for children who had received DTP-only and no OPV (HR = 10.0 (2.61–38.6)). All-cause infant mortality due to infections after 3 months of age increased after the introduction of these vaccines (HR = 2.12 (1.07–4.19)).

DTP was associated with a ca. ten-time increased mortality due to infections; OPV may modify the effect of DTP. 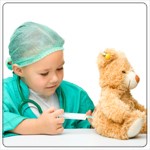 Evidence of Significant Increase in Mortality After the Introduction of Diphtheria-Tetanus-Pertussis Vaccine to Children Aged 6-35 Months in Guinea-Bissau: A Time for Reflection?

Whole-cell diphtheria-tetanus-pertussis (DTP) and oral polio vaccine (OPV) were introduced to children in Guinea-Bissau in 1981. We previously reported that DTP in the target age group from 3 to 5 months of age was associated with higher overall mortality. DTP and OPV were also given to older children and in this study, we tested the effect on mortality in children aged 6-35 months.

In the 1980s, the suburb Bandim in the capital of Guinea-Bissau was followed with demographic surveillance and tri-monthly weighing sessions for children under 3 years of age. From June 1981, routine vaccinations were offered at the weighing sessions. We calculated the mortality hazard ratio (HR) for DTP-vaccinated and DTP-unvaccinated children aged 6-35 months using Cox proportional hazard models. Including this study, the introduction of DTP vaccine and child mortality has been studied in three studies; we made a meta-estimate of these studies.

At the first weighing session after the introduction of vaccines, 6-35-month-old children who received DTP vaccination had better weight-for-age z-scores (WAZ) than children who did not receive DTP; one unit increase in WAZ was associated with an odds ratio of 1.32 (95% CI = 1.13-1.55) for receiving DTP vaccination. Though lower mortality compared with not being DTP-vaccinated was, therefore, expected, DTP vaccination was associated with a non-significant trend in the opposite direction, the HR being 2.22 (0.82-6.04) adjusted for WAZ. In a sensitivity analysis, including all children weighed at least once before the vaccination program started, DTP (±OPV) as the most recent vaccination compared with live vaccines or no vaccine was associated with an HR of 1.89 (1.00-3.55). In the three studies of the introduction of DTP in rural and urban Guinea-Bissau, DTP-vaccinated children had an HR of 2.14 (1.42-3.23) compared to DTP-unvaccinated children; this effect was separately significant for girls [HR = 2.60 (1.57-4.32)], but not for boys [HR = 1.71 (0.99-2.93)] (test for interaction p = 0.27).