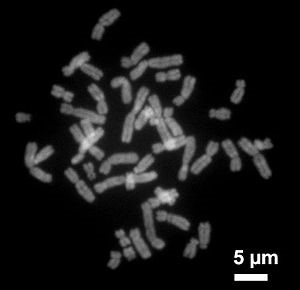 The various COVID vaccines rushed to market do not work like traditional biological vaccines and are wrongly presented and regulated as such. Standard vaccines introduce attenuated forms of a target virus, in combination with inflammatory adjuvants and other chemicals. These new mRNA, adenovirus, and DNA vaccines take advantage of the virus’ “software” and force the body to make copies of the virus, Vulms.org reports.

India gets a new kind of DNA vaccine made by Zydus Cadila; it will be called ZyCoV-D. This vaccine contains less DNA than the other DNA vaccines and that DNA is not hidden by a viral vector (adenovirus). For these vaccines, the 1,200 amino acid sequence of the coronavirus spike protein is contained in a plasmid, and it is administered intradermally in a three-dose, three-month duration protocol, using a high-pressure stream of fluid that supplies the vaccine contains DNA.

The pharmaceutical media and their “independent fact-checkers” continue to lie about the experimental, gene-altering science behind the new COVID-19 vaccines. They unanimously claim that vaccines do not alter human DNA or alter genetic expression. However, these vaccines are genetic experiments designed to keep people dependent on vaccine updates; the inoculations are designed to breach the innate immune system with the aim of changing how cells read the body’s own genetic code.

The adenovirus vaccines deliver the spike protein DNA into the cell by using the adenovirus to undermine the innate immune response. The mRNA vaccines use lipid nanoparticles to hide the instructions and slide them into the ribosomes of the cell. During the initial process of undermining the immune system, these vaccines do not elicit a T-cell response strong enough to elicit sufficient T-helper-1, T-helper-2, and memory B cells. Because the innate immune system is not exposed to the entire virus, including the envelope and the nucleocapsid, the immune system SUFFERS. This incomplete and undermined immune response prepares the body for serious illness upon subsequent reinfection; but also significantly increases.

No guarantee that these gene-altering experiments are temporary

In this new vaccine technology, the messenger RNA or DNA of a foreign, lab-engineered spike protein is introduced into the body to override the natural protein synthesis of the affected cells. Once this natural transcription process has been re-engineered by the vaccines, there’s no guarantee the cells will stop using this foreign code. There are no studies that map where the spike proteins travel in the body, how long they last, or whether their replication changes protein synthesis indefinitely and becomes part of human cells or human DNA.

Also, Professor Robert Gorter discovered the link between mRNA vaccines and prion disease, which cause mainly degenerative neurologic diseases (like Kreutzfeldt-Jacob Disease, Parkinson’s, MS, and dementia).  Earlier studies at the University of Utrecht, the Netherlands, clinical trials with mRNA vaccines lead to autoimmune disease and in many cases prion disease in large animals and consequent to their deaths.

Since DNA cannot transcribe on its own, the DNA vaccines must introduce the foreign DNA into the nucleus of the human cell. This allows messenger RNA to make a disposable copy of the DNA and prepare instructions for protein synthesis in the ribosome. The RNA has the ability to interact with the ribosomes of the cell and is responsible for encoding the type of protein that the cell is instructed to produce.