With focus on Vacaville, California

Incarceration in the United States of America is one of the main forms of punishment, rehabilitation (for those few lucky inmates who can receive it), for the commission of felony and other offenses. The United States has the highest documented incarceration rate in the world. Only China may have higher rate than the USA but reliable data is not available). 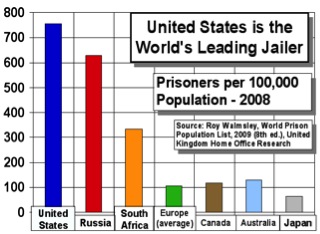 The source of these statistics is the World Prison Population List. 8th edition. Prisoners per 100,000 population

In contrast to all countries in the EU that have abonded the death penalty a long time ago as inhumane and inconsequent (100-150 years), most states in the USA still have capital punishment (death by electrical chair or poisons injected by a medical doctor !). One can hear the opinon in the USA that death penalty will keep people from committing horrendous crimes. But the USA has the highest incarceration rate of all developed nations; thus there is something is wrong in this reasoning. 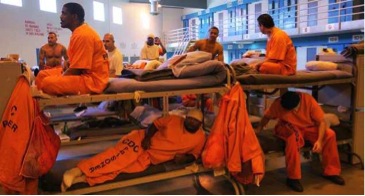 How inmates are housed (often for life-long) 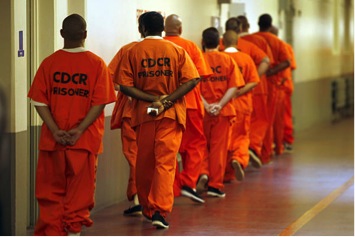 Row of inmates walking to the cafeteria or another facility inside the building. Notice the yellow line: no inmate is allowed to cross the yellow line 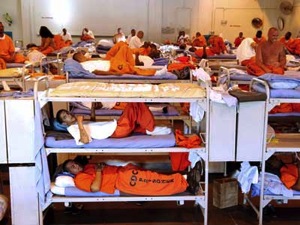 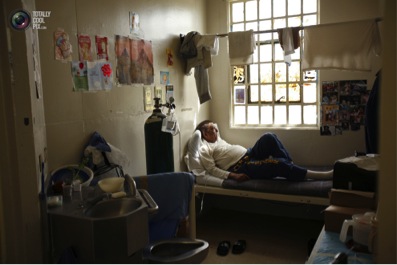 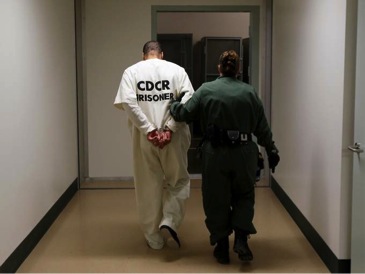 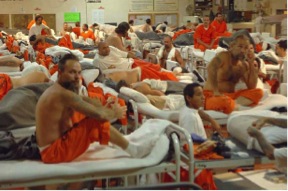 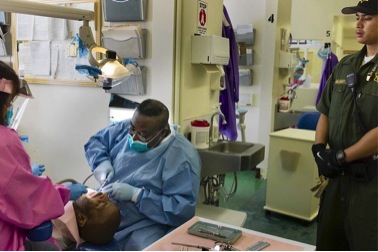 Robert Gorter tries to make a difference in the high security prison of Vacaville, California (1984-1989)

By US law, inmates are not allowed to have sex. Thus, in the hay days of the HIV/AIDS epidemic, the transmission of HIV and other sexually transmitted diseases (STDs) was rampant (and still pretty much is). Since any sexual activity inside the prison system is forbidden, no condoms or other tools for safe-sex practices could be provided. And, during the rapid spread of HIV in the USA, also education about routes of infection was taboo: inmates should not have sex and thus, education on STDs were considered of being of no use and by some prison wardens even a felony …….

Together with Dr. Jan Diamond, a colleague of Robert Gorter who worked for the Contra-Costa Health Department as a family Practitioner, Robert Gorter started to visit the high security prison of Vacaville with the purpose to take care of inmates of this prison with HIV infection. 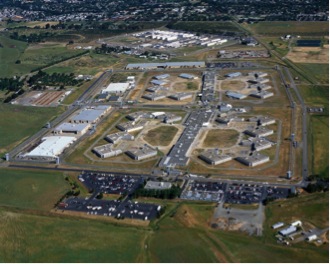 Usually, Robert Gorter would drive in his pick-up truck from his home in down town San Francisco across the Bay Bridge to Berkeley where Jan Diamond lived. Then they would travel together in one car to Vacaville.

Upon arrival, they were routinely checked three times: body and hand bag by hand; then through a metal detector (like at airports); and through a third gate for possible drugs and other substances. 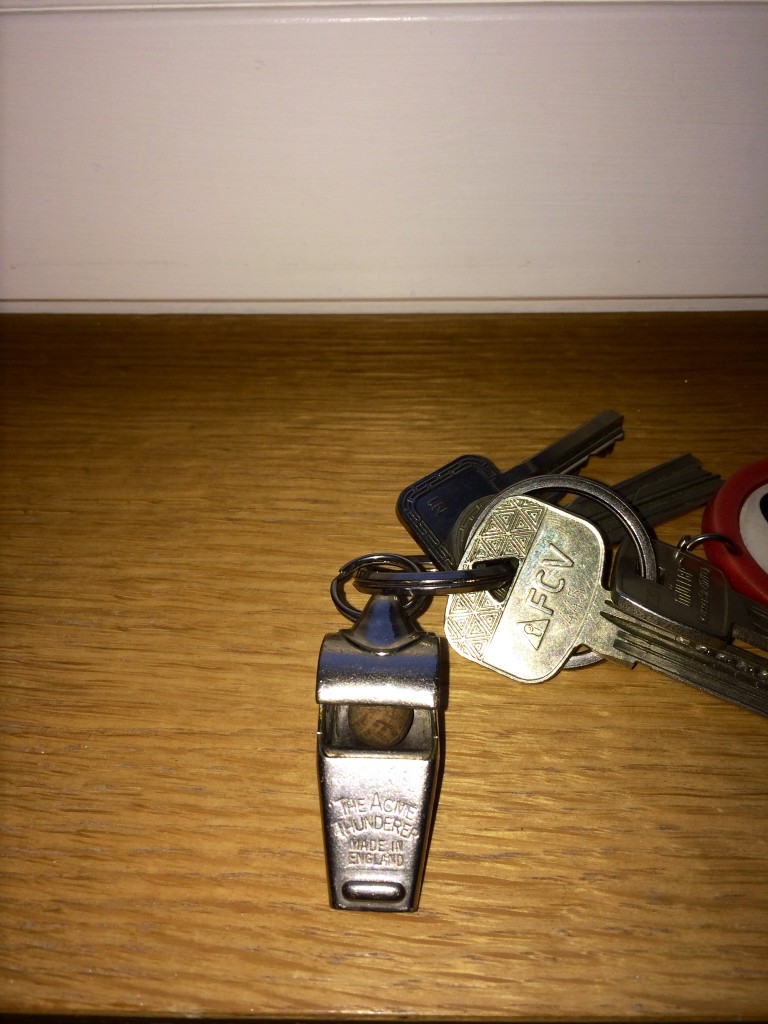 When Robert Gorter started to work as a volunteering HIV/AIDS doctor at the high security prison in Vacaville (California, USA) in the early 1980’s, he was given a whistle which he should use in case he would feel or indeed being threatened by inmates. In the picture above, the whistle can be seen in use as a key ring. Robert Gorter never needed to blow his whistle as over all these years, all inmates alike approached Dr. Gorter with respect and often even very friendly.

One day, in the hand bag of Dr. Jan Diamond one condom was found (for sure not for in-prison use) but she was suspended for one week.

Robert Gorter and Jan Diamond did what they could and slowly on, they were more and more accepted by inmates and prison personnel alike.

Essentially, both Diamond and Gorter were left alone once they entered the prison itself. They were given two rooms to see patients with no guard supervision. Both received an iron whistle and were instructed to blow their whistles if they felt threatened. Through the years, Robert Gorter and Jan Diamond never felt (or were) threatened and thus, never needed to blow their whistles! It was a clear phenomenon that when Jan Diamond and Robert Gorter approached the inmates with respect as they would do with any other patient anywhere, all inmates treated them with respect as well.

The prison doctor at that time as a very nice and realistic and co-operative man and let Jan and Robert free to (half-secretly) educate about HIV transmission. But how can one effectively educate when (gang)-rape are daily events and distribution of condoms and written information was forbidden?

Also, half-a-year later, a special ward was set up for patients who had progressed to final stages of AIDS and needed round-the clock medical- and nursing care. Robert Gorter and Jan Diamond were allowed to prescribe anti-HIV medications only as the prison doctor condoned it.

Drugs Inside High Security Prisons in the USA

Robert Gorter and Jan Diamond were soon confronted with the availability of heroin and Cocain/Crack (and sometimes prescription drugs) among the prison population in Vacaville. Drugs were available and usually available more or less on a regular basis. This was the conclusion as Diamond and Gorter were never confronted with acute withdrawal symptoms among the inmates they saw.

“How can one control illegal (intravenous) drug use in the streets

if one cannot control it in High-Security Prisons?”

Robert Gorter and Jan Diamond would never take a public stand but privately, they would express their doubts and could tell you stories how drugs were a commodity used both by inmates and prison personnel for bargaining, obtaining privileges, prevent punishments, sexual favors, etc.