The Great Dying Has Begun: The Vaccination Plandemic Reveals the Genocide 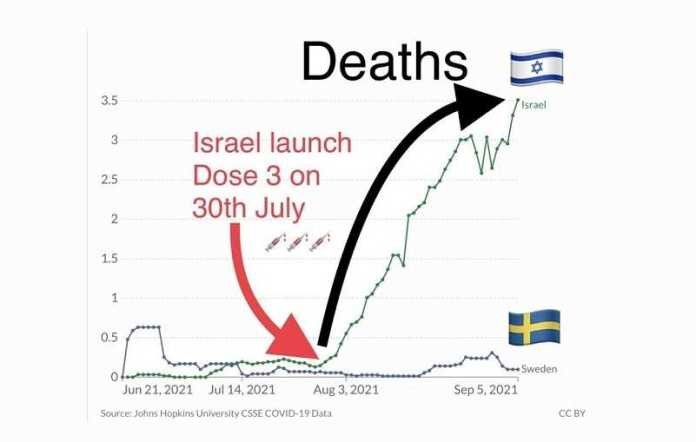 The “vaccination” narrative is crumbling. The protective effect of the liquid that we should call “vaccine” does not seem to materialize. It is mainly double-injected people who get sick. The intensity of the disease is higher in the injected than in the non-injected. Even the 3rd and 4th “booster” injections do not help. On the contrary, the numbers from Israel prove that the “vaccination” campaign has sparked a veritable wave of infections. Now the figures from previously unaffected countries also prove that the “vaccination” has led to a pandemic that we have never seen before. The genocide is becoming visible, writes Wolfgang Jeschke.

Billions of people accepted the deal: 1-2 injections of the unknown mRNA therapeutic were to give them and their children back their inalienable fundamental rights, their freedom to travel, work, move, get an education, eat out, or just to hope for rescue from the staged pandemic situation. In their ill-considered pact with the vaccine empire, they have made the calculation without the devil: there is no redemption, the liquid does not work and no one gets their rights back. Instead, everyone must be treated again with the toxic cocktail, the effects of which have been documented millions of times in the side effects databases.

The numbers from Israel speak a clear language. Since the “vaccination” with the 3rd dose, the number of cases and deaths has exploded. 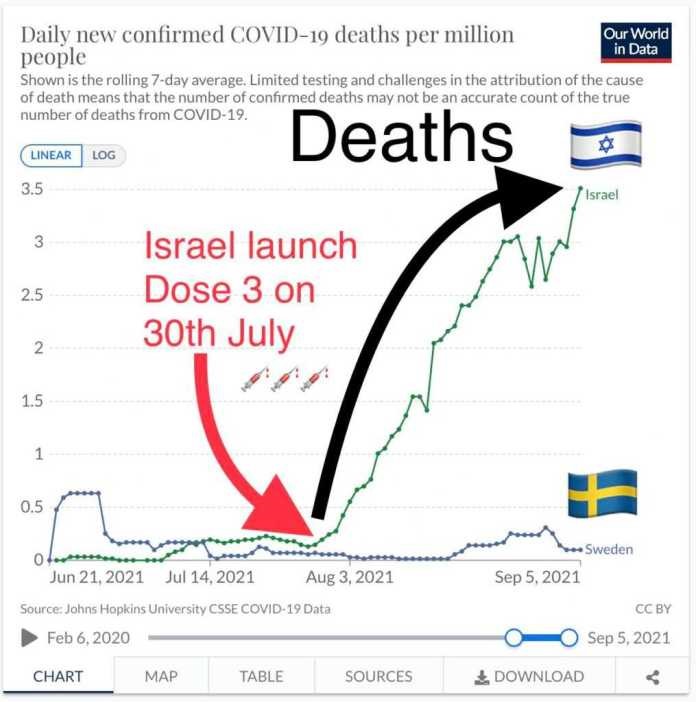 Peter F. Mayer ( www.tkp.at ) recently reported on his science blog: “We know from a Danish survey of 30,000 nursing home residents and 330,000 health professionals that there were 40% more infections in nursing homes and 106% more infections in the first 14 days after vaccination. among health professionals than among those who had not yet been vaccinated.”

The numbers are similar all over the world. All countries that run “vaccination” campaigns with a time lag from Israel experience the same fiasco: healthy unvaccinated people get significantly less sick than the supposedly immunized. These statistics in Germany also follow the Israeli trend.

However, the effect of the “vaccination” campaign is particularly evident in the examples of Mongolia, Vietnam, and Thailand. Here the “pandemic”, which until now could hardly be constructed even with the useless PCR tests, is now beginning to manifest itself in the countries as a “vaccination” wave of infection. With the beginning of the administration of the liquid, the increase of the disease and the great deaths began. The question of whether the use of the liquid amounted to genocide seems to be answered by the facts themselves. 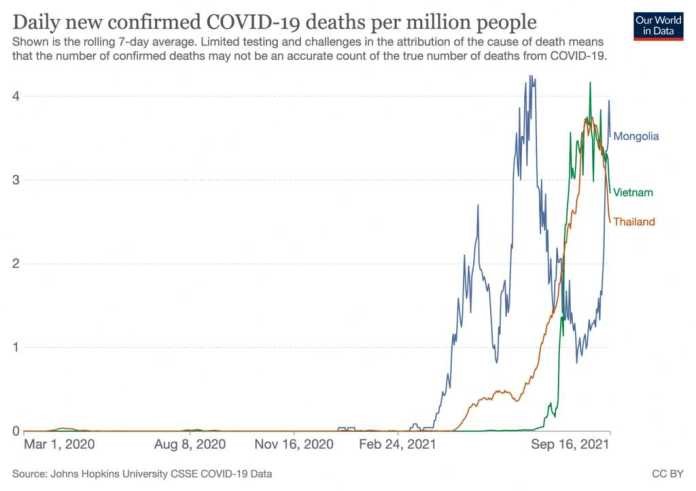 The great death has begun: With the use of mass “vaccination”, the number of deaths from infections is exploding in Thailand, Mongolia, and Vietnam.

The US, with its very high “vaccination rate”, is also seeing a massive increase in infectious diseases.

A quick look at the VEARS database reveals the catastrophe: Never before in human history have so many people been damaged or killed by a “therapeutic vaccine serum” – and that against a “disease” whose danger is at most mediocre – if we take the WHO figures as a starting point.