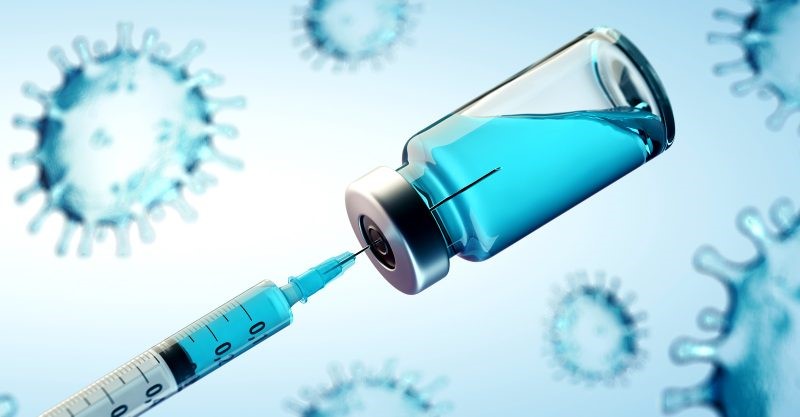 Annual or bi-annual COVID booster shots are music to the ears of investors, but scientists warn trying to outsmart the virus with booster shots would create new variants, each more virulent and transmissible than the one before.

Vaccine makers are telling investors and the media that multiple COVID booster shots are already in the works. In some cases, companies say the boosters may be needed because the vaccine’s effectiveness may run out, as the cellular part of the immune system has been circumvented by injecting mRNA. In other instances, they suggest booster shots will be needed to combat new COVID variants.

Annual (bi-annual) COVID booster shots are music to the ears of investors. But some independent scientists warn that trying to outsmart the virus with booster shots designed to address the next variant could backfire, creating an endless wave of new variants, each more virulent and transmissible than the one before.

Pfizer CEO Albert Bourla said Thursday a third dose of the company’s COVID vaccine was “likely” to be needed within a year of the initial two-dose inoculation — followed by annual (bi-annual) vaccinations.

Bourla said that “a likely scenario” is “the third dose somewhere between six and 12 months, and from there it would be an annual re-vaccination.”

In a conversation hosted by CVS Health, Bourla explained how some vaccines are given only once, while others need annual boosters like flu shots.

“It is extremely important to suppress the pool of people that can be susceptible to the virus,” Bourla said during an interview with CNBC. Booster shots will be an important tool in battling more contagious variants, he added.

Moderna’s chief commercial officer, Corinne M. Le Goff, said during a call with investors last week that Americans could start getting booster shots of its vaccine later this year to protect against COVID variants.

“It is likely that the countries that have already achieved high vaccine coverage are going to be ready to shift their focus to boosters in 2022, and possibly even starting at the end of this year,” Le Goff said.

Johnson & Johnson (J&J) has said its single-shot vaccine will probably need to be given annually.

The U.S. is also preparing for the possibility that a booster shot will be needed between nine to 12 months after people are initially vaccinated against COVID, a White House official said Thursday.

While the duration of immunity after vaccination is being studied, booster vaccines would be needed, David Kessler, chief science officer for President Biden’s COVID-19 response task force told a congressional committee meeting.

According to initial data, Moderna and Pfizer vaccines retain most of their effectiveness for at least six months, though for how much longer has not been determined.

Even if that protection lasts longer than six months, experts have said rapidly spreading COVID variants may emerge and could lead to the need for regular booster shots similar to annual flu shots.

Boosters could enable new, more infectious variants — and a never-ending market for vaccines

According to Rob Verkerk Ph.D., founder, scientific, and executive director of Alliance for Natural Health International, variants can become more virulent and transmissible, while also including immune (or vaccine) escape mutations if we continue on the vaccine treadmill — trying to develop new vaccines that outsmart the virus.

Verkerk said, “if we put all our eggs” in the basket of vaccines that target the very part of the virus that is most subject to mutation, we place selection pressure on the virus that favors the development of immune escape variants.

Scientists and vaccine developers are trying to work their way around these viral variants, but there is no guarantee of the outcomes. It’s an experiment in which vast numbers of citizens have become unwitting participants, Verkerk explained.

In early March 2021, Dr. Geert Vanden Bossche, a vaccinologist who worked with GSK Biologicals, Novartis Vaccines, Solvay Biologicals, Bill & Melinda Gates Foundation’s Global Health Discovery team in Seattle and Global Alliance for Vaccines and Immunization in Geneva, put out a call to the World Health Organization, supported by a 12-page document that discussed the “uncontrollable monster” that global mass vaccination will create.

In his letter, Vanden Bossche broke down the dangers of mass vaccination for COVID compared to natural infection and concluded:

“There can be no doubt that continued mass vaccination campaigns will enable new, more infectious viral variants to become increasingly dominant and ultimately result in a dramatic incline in new cases despite enhanced vaccine coverage rates. There can be no doubt either that this situation will soon lead to complete resistance of circulating variants to the current vaccines.”

As The Defender reported March 26, a combination of lockdowns and extreme selection pressure on the virus-induced by the intense global mass vaccination program might diminish the number of cases, hospitalizations and deaths in the short term, but ultimately, will induce the creation of more mutants of concern.

This is the result of what Vanden Bossche calls “immune escape” (i.e. incomplete sterilization of the virus by the human immune system, even following vaccine administration).

This will in turn trigger vaccine companies to further refine vaccines that will add to, not reduce, the selection pressure, producing ever more transmissible and potentially deadly variants.

The selection pressure will cause greater convergence in mutations that affect the critical spike protein of the virus that is responsible for breaking through the mucosal surfaces of our airways, the route used by the virus to enter the human body, Vanden Bossche argues. The virus will effectively outsmart the highly specific antigen-based vaccines that are being used and tweaked, dependent on the circulating variants.

All of this could lead to a hockey stick-like increase in serious and potentially lethal cases — in effect, an out-of-control pandemic.

Even before boosters, Pharma was cashing in big on COVID vaccines

Pfizer made headlines last month when its chief financial officer, Frank D’Amelio, said the company would look to raise prices on its COVID vaccine — the second-highest revenue-generating drug in the world — after the pandemic waned and they are no longer in a pandemic pricing environment.

The company has since doubled down on that stance as it now believes annual vaccinations are “increasingly likely.”

During a recent virtual investor conference hosted by Barclays, Pfizer’s D’Amelio said the company sees “significant opportunity” for its COVID vaccine once the market shifts from a “pandemic situation to an endemic situation.”

At that point “factors like efficacy, booster ability, the clinical utility will basically become very important, and we view that as, quite frankly, a significant opportunity for our vaccine from a demand perspective, from a pricing perspective, given the clinical profile of our vaccine,” D’Amelio told the analyst.

Pfizer has said it expects at least $15-$30 billion in revenue from its mRNA vaccine this year with cost and profit margins split equally with BioNTech. At the Barclays event, D’Amelio said his company expects “return after taxes” of around 25% on the $15 billion figure, or around $3.75 billion.

The CEO previously said he expects margins for the vaccine to grow over time, Fierce Pharma reported.

According to The Guardian, a group of investors that backed Moderna when it was founded in 2010 will make substantial returns, with CEO Stéphane Bancelnow worth nearly $5 billion.

J&J expected sales of $10 billion in 2021 prior to the U.S. pause on its vaccine, with CEO Alex Gorsky poised to receive a $30 million pay package.

Dr. Anthony Fauci, director of the U.S. National Institute of Allergy and Infectious Diseases (NIAID) and chief medical advisor to President Biden, said Sunday the decision about whether a COVID vaccine booster shot would be needed would be made by public health officials and not by pharmaceutical companies. Fauci forgot to tell that public health officials like himself, are heavily tied up financially with Big Pharma.

“It is going to be a public health decision,” Fauci told NBC’s Meet the Press. “It is not going to be a decision that is made by a pharmaceutical company. We’re partners with them because they’re supplying it. It’ll be an FDA/CDC decision. The CDC will use their advisory committee and immunization practices the way they always do.”

But as the Washington Post reported last month, Moderna has strong ties to the NIAID, which operates under the National Institutes of Health. NIAID, which partnered with Moderna on its mRNA COVID vaccine, owns half the patent for the Moderna vaccine and under an agreement with Moderna, its director, Fauci, will personally collect royalties on the vaccine.

Fauci, during an appearance on ABC’s “This Week” with Martha Raddatz, was asked about the Pfizer CEO’s comments suggesting vaccine recipients would “likely” need a third dose of its vaccine within six to 12 months after being fully vaccinated, with Moderna, and J&J suggesting the same.

When asked when Americans would know for sure if they would need a third booster shot, Fauci said it would depend on when immunity would wane, which would likely be determined by summer or fall.