Early 2007, Mrs. Paulien de Graaf-Cobelens was diagnosed with ER- metastatic breast cancer in its last stages with metastases in several organs, including lungs and mediastinum, liver and several locations in her skeleton. She underwent mastectomy (the complete resection of the breast) and received standard chemotherapy (FEC) and multiples sessions with radiation. See the video of her story here

Against the advice of her oncologist in Zaandam (close to Amsterdam) Paulien decided to see Robert Gorter at the Medical Center Cologne (MCC) in Germany for a “Second Opinion.”

Paulien received hyperthermia and six vaccinations with dendritic cells and went to her oncologist in Holland in between only to have scans performed to see whether the therapy at Medical Center Cologne was starting to help.

After 6 weeks she started to feel better: stronger and less pain. To make a long story short: after nine months into therapy at MCC, her CT scans showed no longer tumor lesions, or tumor activity. Her tumor markers have stayed normal since that time as well. Paulien has found to be completely free of cancer up till her last evaluation in Holland in November 2014). Paulien is back to full-time working and planed her future anew. 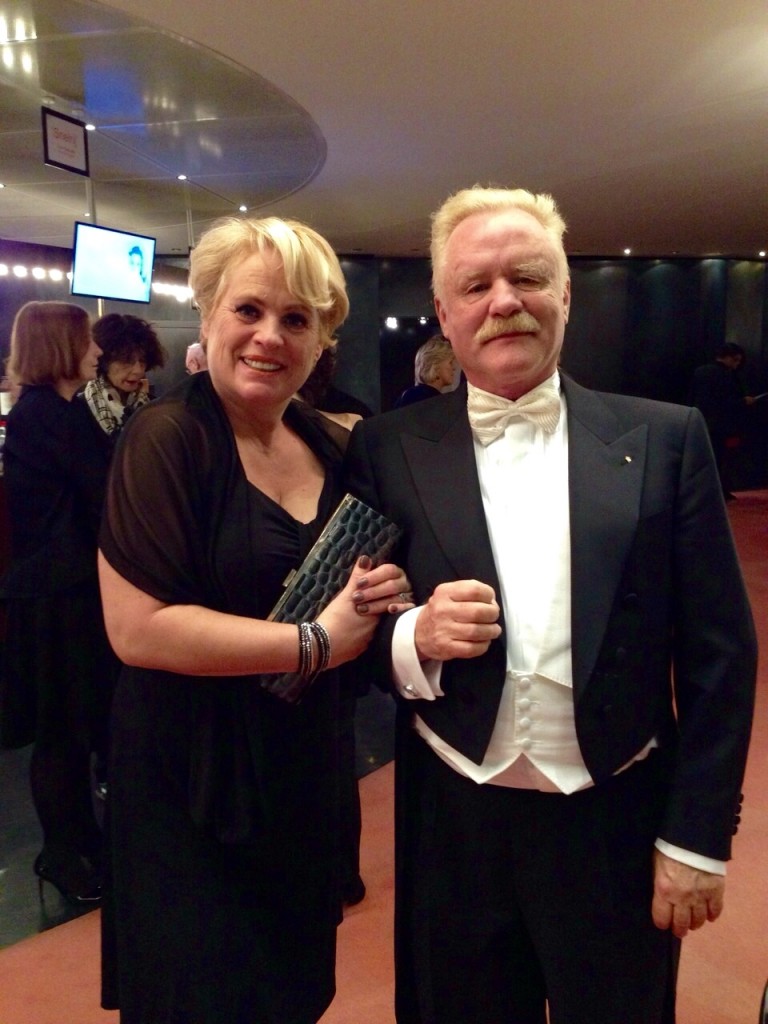 Paulien de Graaf-Cobelens en Robert Gorter at the opera in Amsterdam on November 10th, 2014, to celebrate life after being 6 years free of cancer by attending the opera Lohengrin by Richard Wagner.

Lohengrin is a Romantic opera in three acts composed and written by Richard Wagner, first performed in 1850. The story of the eponymous character is taken from medieval German romance, notably the Parzival of Wolfram von Eschenbach and its sequel, Lohengrin, written by a different author, itself inspired by the epic of Garin le Loherain. It is part of the Knight of the Swan tradition. The central theme is “doubt” and how doubt can ruin anything in life.

The opera has proved inspirational towards other works of art. Among those deeply moved by the fairy-tale opera was the young King Ludwig II of Bavaria. “Der Märchenkönig” (“The Fairy-tale King”), as he was later dubbed, later built his ideal fairy-tale castle and dubbed it “New Swan Stone”, or “Neuschwanstein”, after the Swan Knight Lohengrin. It was King Ludwig’s patronage that later gave Wagner the means and opportunity to compose, build a theatre for, and stage his epic cycle The Ring of the Nibelung.

The most popular and recognizable part of the opera is the Bridal Chorus, better known as “Here Comes the Bride”, often played as a processional at weddings in the West. 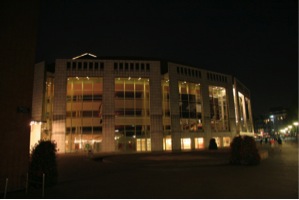 The Stopera at night