Premature death and psychological distress from quarantine and social isolation

Isolating individuals from society is done for several reasons. For example, criminals are isolated from the rest of society in prisons for some time. Their crime against society was too great to keep them among us. Also patients with severe psychiatric disorders, who are dangerous for others and for themselves, can be isolated in an isolation cell in a hospital or institution. Patients with infectious infectious disease are isolated from people who do not have the infectious disease. In the latter case, attempts are made to prevent healthy people from becoming ill. The latter has been done with patients with or suspected COVID-19. 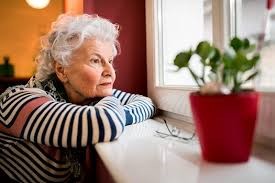 Quarantine is a form of separation and an imposed restriction on the freedom of people, who are not ill, but who want to be prevented from becoming ill due to an infectious disease. It is also called reverse insulation. Sick people can also be nursed and treated in reverse isolation. For example, patients with a strongly reduced resistance, for example due to leukemia, are isolated in reverse. They want to prevent pathogenic microorganisms from reaching them and making them sick.

In addition, people who are more susceptible to infection due to age and / or chronic physical condition and become sicker when infected than are sent to quarantine and are at risk of dying from the infection. The latter has been done in the Netherlands in the past two months with elderly people in nursing and care homes. Old people appeared to be much more susceptible to the coronavirus due to the state of their defenses and if they received COVID-19 mortality was high among them. Where young people coughed for a few days and had a fever after infection, old people died quickly and people with underlying diseases in the intensive care unit were given respiration. There are more and more new publications about older people who are being ventilated (and must therefore be kept in an artificial coma and kept in order to undergo a respiration. Their decline and death is then pre-programmed.

“At the Free University of Berlin, a scientific research fellow at my institute has been able to prove that when a patient – even when an otherwise healthy young man or woman is suffering from a simple appendicitis – (appendectomy) – under full anesthesia for more than an hour found severe immune suppression and took about 9 months to recover from. ”

Social isolation and quarantine are generally seen as a great good, because after all, the two great enemies, disease and death, are – hopefully – just cut off. Because all elderly people in the homes, without exception, are isolated, it seems that it can be assumed that old people consider quantity in years to be more important than quality of social interaction. Death seems to be an always combatable enemy. In recent weeks, this has not been taken for granted by heartbreaking stories of dying elderly people who were no longer allowed to see their (grand) children and other loved ones at all.

Physical contact was completely out of the question. There was a famine in the houses, rarely a need for food, but always for physical skin contact. It was, to us, an incomprehensible creed that the poor elderly had to hold on to. Isolation without consent. Qurantaine without self-determination or your own choice. Old people, who did build up our country after the Second World War, are immeasurably socially isolated from everything that remains in their lives. 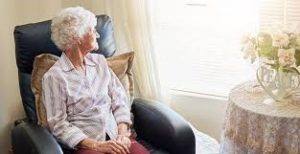 It has long been known that quarantine and enforced isolation is always a negative experience for those who must undergo it. The loss of freedom, autonomy, forced separation of loved ones, the lack of physical touch, boredom and uncertainty about the duration of isolation can really have a dramatic effect on people’s mental health.

For example, the duration of the quarantine is important. During a SARS outbreak, people who were forcibly quarantined for more than ten days had a significantly higher risk of long-term stress-related disorders than those who were quarantined for less than ten days (Hawryluck et al. SARS control and psychological effects of Quarantine Published in: Emerging Infectious Diseases 2004; 10: 1206-1212). In many cases, old people have been quarantined in Dutch nursing and care homes for almost two months.

Old people with cognitive impairments, such as dementia, are now isolated from their neighbors. Many are seriously confused. They do not understand that their loved ones no longer visit them. Relatives are desperate under this. Research has shown that socially isolated people with cognitive and psychiatric illness during a MARS outbreak are still anxious and displeased 4-6 months after quarantine relief (Jeong et al. Mental health status of people isolated due to Middle East respiratory syndrome, Published in Epidemiology and Health 2016; 38: e2016048).

When we read in their review that: ‘Longer quarantine is associated with poorer psychological outcomes’ and that the authors advise keeping the isolation as short as possible (maximum 10 days), we feel the shivers running down my spine, knowing that the most have been isolated from their loved ones for almost two months. Today it became clear that “as a test” in a care home, relatives with mouth masks can visit one hour a week. One hour a week !! That’s torture ……

Not only are negative psychological effects obvious, social isolation also has a negative effect. Matthew Pantell and colleagues described in their article ‘Social isolation: a predictor of mortality comparable to traditional clinical risk factors’ (American Journal of Public Health 2013; 103: 2056-2062) that people in social isolation are much more likely to die than comparable people who are not isolated. This was previously described by Julianne Holt and colleagues in PLosMedicine (2010; 7: e1000316) (Social relationships and mortality risk: a meta-analytic review). They reviewed 146 scientific studies and found a 50% higher risk of death in socially isolated people. They later also examined the effect of loneliness on mortality (Loneliness and social isolation as risk factors for mortality: a meta-analytic review. Published in Perspectives on Psychological science 2015; 10: 227-237).

When men were regularly visited by loved ones, the risk of myocardial infarction decreased by nearly 30% (Eng et al. Social ties and changes in social ties in relation to subsequent total and cause-specific mortality and coronary heart disease incidence in men. American journal of epidemiology 2002; 155; 700-709).

In the corona crisis, quarantine and social isolation aim to prevent people from becoming infected with the virus and becoming ill. It is generally assumed that the resistance of the insulated remains the same by the measure. However, this appears not to be visible at all. Sheldon Cohen and colleagues examined whether social connections with family, friends, work, and society were associated with an increased chance of becoming sick from infection with two different rhinoviruses, viruses that cause colds. They test this in 276 healthy volunteers. They found that the more social and emotional connections the subjects had, the more resistant they were to the virus. They published their findings in the leading journal JAMA (Social Ties and Susceptibility to the Common Cold, JAMA 1997; 277: 1940-1944).

I have not been able to find any scientific studies that state that quarantine and social isolation have no or minimal negative effect on mental and physical health. All (!) describe drastic negative effects.

The aim is to prevent the elderly and vulnerable from becoming ill and dying by means of forced quarantine and social isolation. It seems, reading all the scientific studies on this, much more that isolation and quarantine are deadly to them. There is excess mortality in nursing and care homes, which is not directly related to COVID-19.

This makes us sad and we doubt whether we can look back on this in a neutral way.