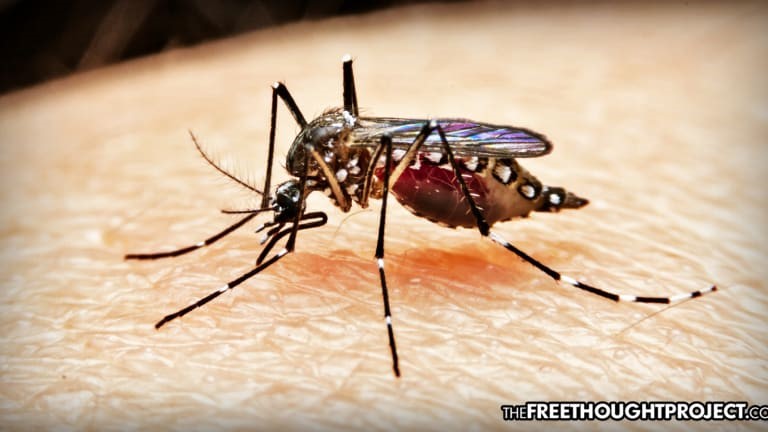 “We use the mosquitoes like they are 1,000 small flying syringes.”

A box full of genetically modified mosquitos successfully vaccinated a human against malaria in a trial funded by the National Institute of Health (NIH).

The study involved about 200 hungry mosquitos biting a human subject’s arm. Human participants placed their arms directly over a small box full of these genetically-modified bloodsuckers.

The mosquitos gave minor versions of malaria that did not make people sick but gave them antibodies. Efficacy from the antibodies lasted a few months.

“Half of the individuals in each vaccine group did not develop detectable P. falciparum infection, and a subset of these individuals was subjected to a second CHMI 6 months later and remained partially protected. These results support further development of genetically attenuated sporozoites as potential malaria vaccines,” researchers concluded.

When these studies continue and turn out to be successful in „vaccinating,“ why not inject all citizens without their consent against anything Big Pharma decided?

Why not vaccinate all world populations with mRNA-containing injections and nanotechnology (whatever that might be)?

These mosquitos and other insects they might use in the future are all forms of Gain-of-Function.