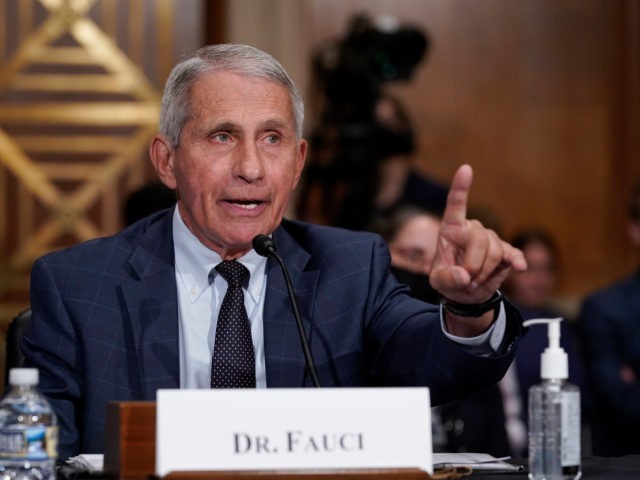 Molecular biologist Richard H. Ebright on Wednesday, October 20th, 2021,  posted a letter from the National Institute of Health (NIH) showing that an NIH grant did fund gain-of-function research at the military Wuhan Institute of Virology in China, contrary to what Dr. Anthony Fauci had testified to the Senate.

Anthony Fauci testified to Senators at a hearing in May that the NIH “has not ever and does not now fund gain-of-function research in the Wuhan Institute of Virology which is a military laboratory with its main function to develop biological warfare weapons.

However, the NIH’s October 20 letter to House Oversight Committee Ranking Member James Comer (R-KY) showed that the NIH grant, which was awarded to EcoHealth Alliance and then sub-awarded to the Wuhan lab, funded a research project during 2018 and 2019 that tested “if spike proteins from naturally occurring bat coronaviruses circulating in China were capable of binding to the human ACE2 receptor in a mouse model.”

According to the Department of Health and Human Services, “gain-of-function” research is research that improves the ability of a pathogen to cause disease.

Ebright tweeted that in the letter, the NIH “corrects untruthful assertions by NIH Director Collins and NIAID Director Fauci that NIH had not funded gain-of-function research in Wuhan.” 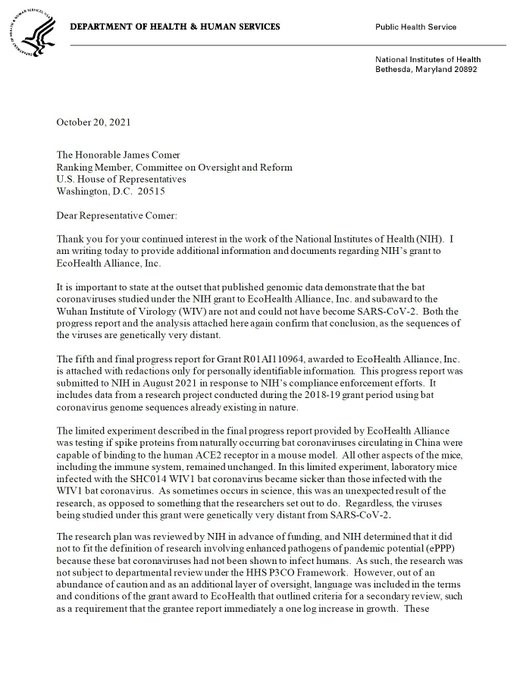 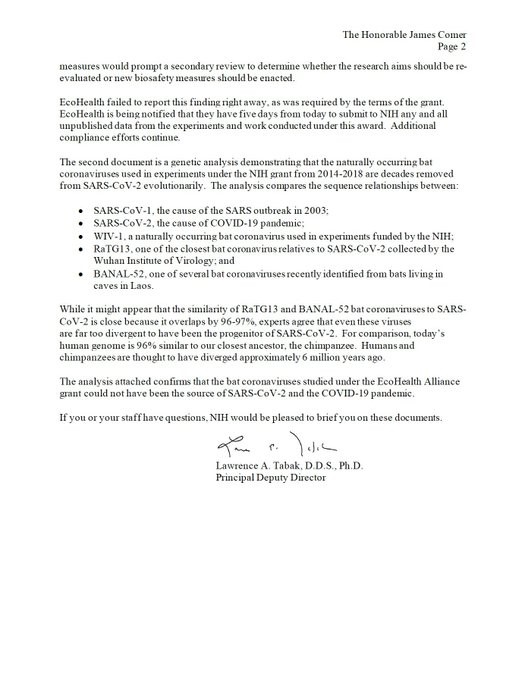