A “mass murder?” 53 dead in Gibraltar since mRNA injections started in December 2020 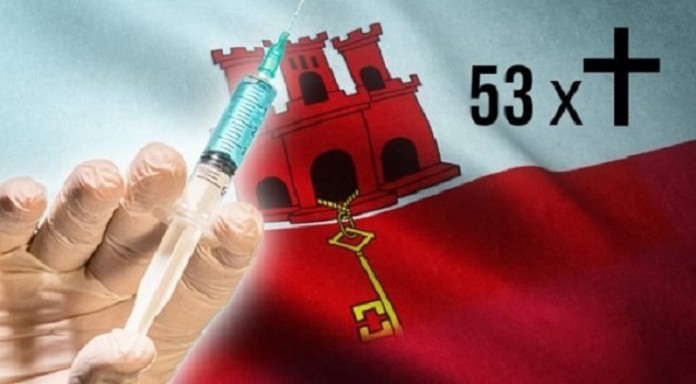 There is no end to the disturbing worldwide news of “people who died of or related to” the Covid-19 mRNA injections. Now, at the southernmost tip of the Iberian Peninsula, in British Gibraltar, there was also a huge wave of deaths in the wake of the Pfizer / Biontech vaccination, the German newspaper Wochenblick reports.

Within 10 days of the start of the vaccinations, no less than 53 deaths were recorded among the previously vaccinated patients. Meanwhile, relatives and witnesses speak of the events of a “mass murder”.

All deaths have occurred since the inoculation of the first batch of 5,850 doses flown in by the British Army on January 9. All the fatalities (except three over the weekend) were residents of retirement and nursing homes in Gibraltar, where there were 130 active cases of Covid-19 on Sunday. Most of the deaths were between their early 70s and 90s.

According to a tried and true pattern, authorities are rushing to blame the deaths on Corona; and not vaccination, according to local reports. All cases were officially recorded as “Covid-19 deaths”. However, it seems statistically more than unlikely that this is the actual cause of death: Gibraltar, which is only three miles long and has about 32,000 inhabitants, had virtually no deaths from Corona before January 9 this year – and has had only 17 deaths so far registered since the pandemic started a little less than a year ago!

Gibraltar’s death rate was thus extremely lower than that of Great Britain and even that of neighboring Spain, which is not due to an isolation of the colony: Spanish commuters continued to arrive in Gibraltar day in, day out, in the morning and in the evening leave again.

The fact that the number of Covid deaths after vaccinations has more than tripled within a few days confirms an assumption that is also becoming increasingly evident in Great Britain and other countries (look at Norway, among others): That the current increase in deaths (at least a not insignificant portion of them) are not “second wave” Covid deaths at all, but deaths directly from vaccination.

The UK (but also Israel) currently has the highest daily death rate for Covid of all time, significantly higher than in the “first wave”. All this despite the significantly higher vaccination coverage of the population now achieved and despite increased quarantine and protective measures for the elderly and care patients, i.e. the populations in which the most deaths can occur.

It is all the more striking that the atypical “second wave” of mortality actually coincides with the vaccination campaign. The events in Gibraltar provide a clear picture that could be applied to other countries – if politicians were interested in objective clarification. But as we know, the exact opposite is the case. It is not enough that potentially masses of healthy or uninfected patients are injected into the afterlife; they are also labeled as Covid dead and thus abused to perpetuate scaremongering and lockdowns.

Dr. Gorter: my advice to get a better understanding of what is really happening is: “Follow the Money !!”