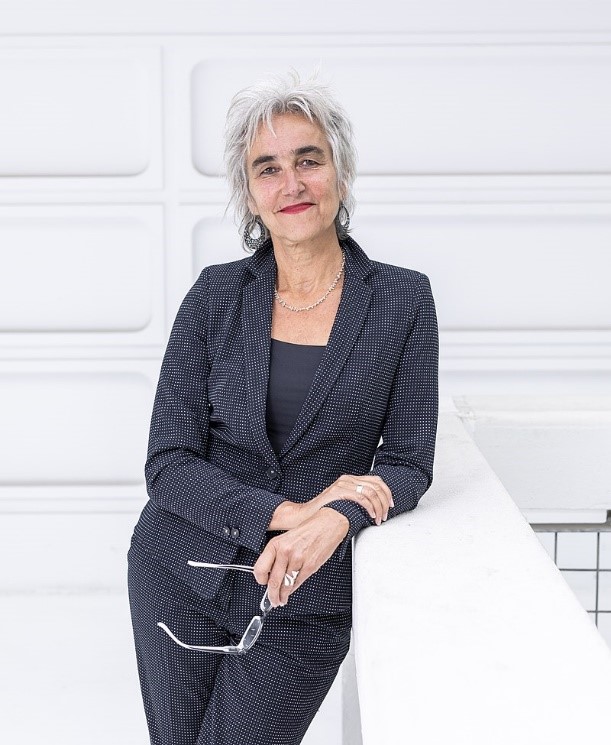 Marion Koopmans attended the Collegium Marianum in Venlo, studied veterinary medicine, and obtained her doctorate in 1990 at the University of Utrecht. (1) In 2007, she was appointed professor by special appointment in virology at Erasmus University Rotterdam. She gave her inaugural address on March 8, 2007.

She has been head of Virus Sciences (Viroscience) at Erasmus MC since 2013 and she was head of the infectious diseases laboratory at the National Institute for Public Health and the Environment (RIVM) from 2001 to 2014. In 2006, she became a board member of the Center for Infectious Disease Control. Since 2014, she has advised the World Health Organization on the fight against emerging infectious diseases and is still very active in China with major connections with the military laboratory in Wuhan (China).

During a televised seminar in 2018, Marjan Koopmans discusses pandemics by Coronaviruses and that they will now plague mankind every year. She forgot to tell that the Corona Family has been discovered and described as part of the yearly flu epidemics around the world and that approximately 20% of all infections transmitted by aerosols are caused by Corona and approximately 80% by Influenza A & B.  These are statistics since the mid-1950s. And that since the mid-1950s approximately 7.000 mutations have been documented.

Koopmans specializes in food viruses, the spread of viruses between animals, and their transmission from animals to humans. She also specializes in noroviruses and is the initiator of the international Noronetwork. She played a key role in containing the spread of the Ebola virus in Sierra Leone and Liberia in 2014 through the deployment of mobile labs. In July 2017, her work was honored with an honorary doctorate from the Technical University of Denmark. In 2018, she was awarded the Stevin Prize from NWO.

Here, Marjan Koopmans predicts a new pandemic in an official video by the University of The Netherlands in  2018.

How might a truly unbiased, independent investigation occur if the investigator enjoys a cozy and financial relationship with the powerful entity that is under investigation? This is the case with Marion Koopmans, a professor of public health virology at Erasmus MC and a scientific advisory group member for the World Health Organization (WHO). For several years, Marion Koopmans visited the military virology laboratory in Wuhan and participated with EU and US Funding in research in China, and developed a cozy friendship with the Chinese Communist Party (CCP).

She was part of the team of WHO researchers who met with the Chinese to investigate the origins of the Wuhan coronavirus (SARS-CoV-2). She joined a team of researchers who were led through the Chinese markets and into the Wuhan Institute of Virology (well known to Marion), where Gain-of-Function virus research has been off-shored from the U.S. for years. The “investigation” – finally allowed to commence in 2021 – has been an absolute joke, so far. WHO continues to kowtow to communist China, adamant that COVID-19 was not China’s fault, that it never escaped the Wuhan lab.

In mere weeks after following CCP leaders around and accepting their analysis on the origins of COVID-19, the WHO researchers assert that it is “extremely unlikely” the virus came from the Wuhan lab, even after China spent months hiding all the relevant data and keeping the world in the dark.

One of the people who agreed that China is not at fault is Marion Koopman. Strangely enough, she previously served as an advisor to the Chinese Center for Disease Control and Prevention. She also authored studies that were funded by grants issued by the Chinese government and by the EU and the USA.

Included in Koopman’s professional biography is the admission that she once served as a “member of the scientific advisory board of the Guangdong Provincial Center for Disease Control and Prevention.” Koopman previously advised Chinese regulators on the necessary building and laboratory capacity to contain emerging infectious diseases and how to best detect them before they lead to outbreaks, or worse – become a pandemic. She is intimately connected to Chinese regulators and takes part in ongoing research collaborations in Guangdong to understand the spread of viruses through the animal production chain.

The world cannot trust WHO’s Marion Koopman due to her longstanding ties to the CCP. 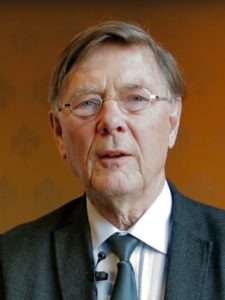 Albertus Dominicus Marcellinus Erasmus “Ab” Osterhaus (*1948) is a leading Dutch virologist and influenza expert. An Emeritus Professor of Virology at Erasmus University Rotterdam since 1993, Osterhaus is known throughout the world for his work on SARS and H5N1, the pathogen that causes avian influenza.

He fulfilled several positions in his 16-year career at the Netherlands National Institute for Public Health and the Environment (RIVM) in Bilthoven, the last of which was head of the laboratory for Immunobiology. During that period he was also a part-time Professor of Environmental Virology at the Institute for Virology of the Veterinarian Department of the University of Utrecht, a position he still holds as of 2009. In 1993, he became Professor of Virology at the Medical Faculty of the University and also head of the Department of Virology at Erasmus University Medical Center Rotterdam where also Marjon Koopmans works as a virologist. In 2013, he stepped down from his position as head of the department of Viroscience, as the Virology department is now known, and handed over the reins to Professor Marion Koopmans, formerly attached to the Dutch National Institute of Health, the RIVM. Osterhaus did not rest and set up a new institute looking at the zoonotic side of virology at TiHo in Hannover, Germany. He also holds a position at Artemis BV in Utrecht.

Osterhaus has been severely criticized for what has been described as a ‘fear campaign’, for exaggerating the consequences of the 2009 flu pandemic and pushing for extensive measures, even though the pandemic influenza (H1N1) is now treated as if it were a common flu. Physician and microbiologist Miquel Ekkelenkamp called Osterhaus a ‘scaremonger’ in an opinion piece in NRC. next and said:

“‘Expert’ Osterhaus should be banned indefinitely from television. Everything he claimed turned out to be untrue: we’re not all going to die as we did in 1918, not everyone needs a vaccination, we are not going to give Tamiflu to everyone and the virus has not mutated into something much more dangerous.“

Osterhaus claimed he has not exaggerated the risks. During the debate ‘De Kwestie live’ he said “I have named a wide spectrum of possibilities and minister Ab Klink decided to go for the worst-case scenario.”

In September 2009, a controversy arose when it became known Osterhaus has a 9.8% share in ViroClinics B.V., a pharmaceutical company that benefited massively from the 34 million vaccines Health minister Ab Klink bought in vain; based on his advice as a government consultant. Osterhaus maintains he did nothing wrong and against the law and that he §“only benefitted indirectly from the order.“

In 2022, the same happened with Mr. Hugo de Jonge, Minister of Health who „only benefitted indirectly“from a 100 million Euros deal with masks and testing kits. In 2020, Hugo de Jonge transferred 350 million Euros of tax money to his brother Marien de Jonge, who was leading the mRNA Vaccine development studies for Astra Zenica at the University of Nijmegen. 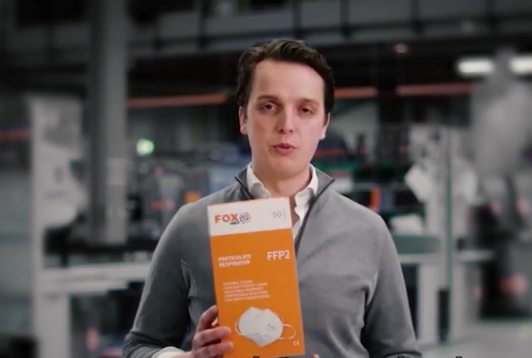 A friend of the Dutch minister of Health Hugo de Jonge: Siewert van Lienden in a still from a Hulptroepen.nl YouTube promo

More details have been emerging about a controversial government agreement to spend 100 million Euros on face masks at the start of the coronavirus pandemic and which made three young entrepreneurs (all close friends of Hugo de Jonge) millionaires. Read more at DutchNews.nl

From approximately 2002 through 2012 and at the University of Utrecht, multiple synthesized mRNA molecules have been tested on large animals (cows, horses, sheep, pigs) and their results were extremely worrisome.

To the best of my knowledge, the following severe toxicities were listed after the application of the experimental vaccines and usually publicized in journals:

Both Marion Koopmans and Ab Oosterhuis took part in these studies at the same Veterinarian Department of the University of Utrecht. Thus, they both knew what this experimental mRNA injection would cause in humans.

Amazingly, within months after there was declared a COVID-19 pandemic by the WHO, 4 independent and competing pharmaceutical companies, Pfizer, Moderna, AstraZeneca, and Johnson&Johnson, already offered mRNA vaccines that were tested in Utrecht before in large animals.

Always, to test a new vaccine for its safety and efficacy takes 4 to 6 years in at least 44.000 study participants.

Since 2020, our team and I wrote to the University of Utrecht multiple times for further information but our efforts were and stayed in vain….