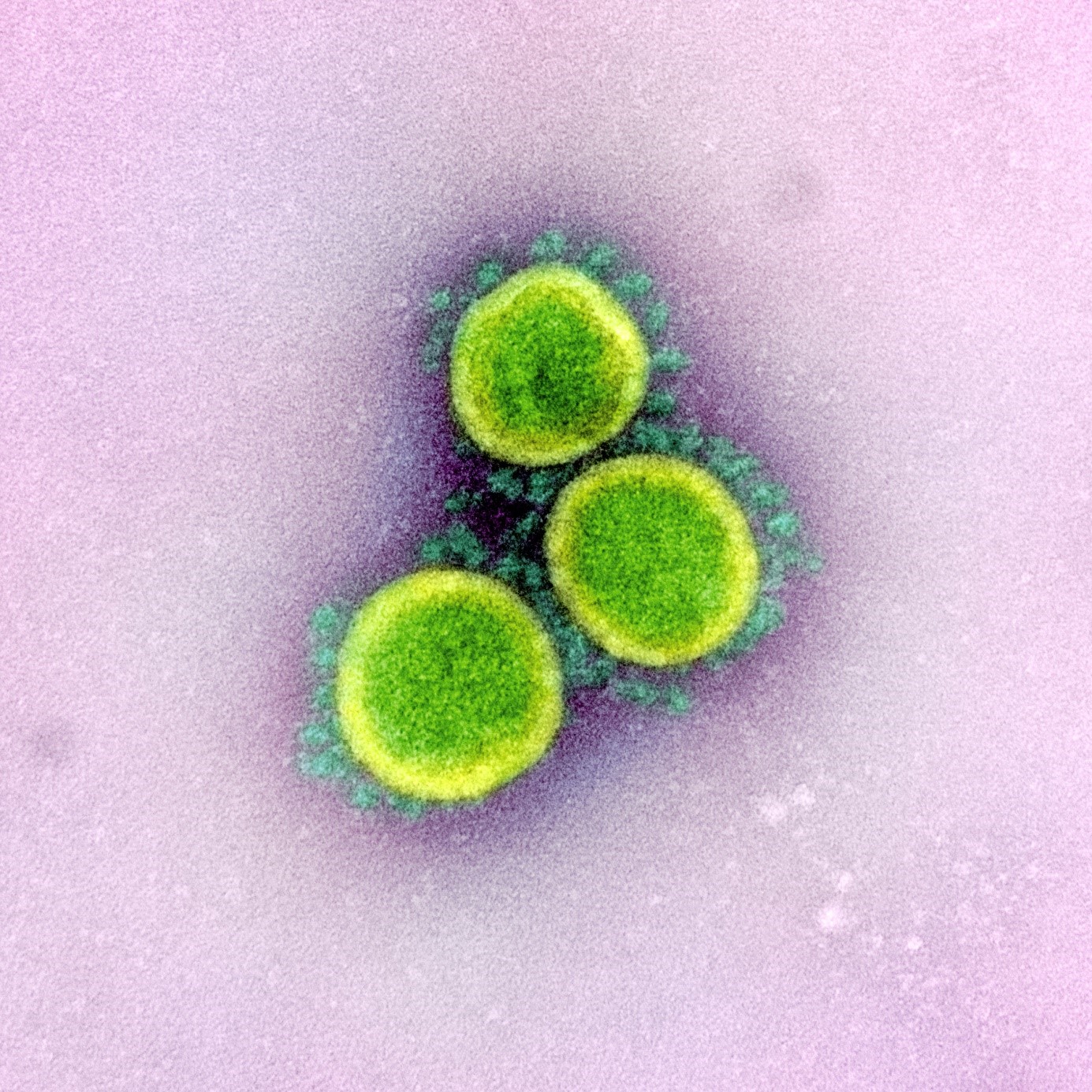 After several months dealing with capacity-related issues in COVID-19 vaccine administration, US states are set to find themselves with a supply of Pfizer, Moderna, and Johnson & Johnson immunizations outstripping demand for the experimental shots. According to a recent report by the Kaiser Family Foundation, by about mid-May 2021 states will reach a “tipping point where demand for rather than supply of vaccines is our primary challenge.” One official with the American Public Health Association put it this way: “Anybody who’s ever done a public health program knows that the last 20-30% of your target is the hardest.” Perhaps anticipating the challenge, the Biden administration dedicated $48 billion in its stimulus legislation to “implement a national, evidence-based strategy for testing, contact tracing, surveillance, and mitigation with respect to SARS-CoV-2 and COVID-19.” By means of comparison, the National Intelligence Program budget, which includes the CIA and parts of the FBI, will spend about $62 billion in the current year – just 29% more than a single COVID-related line item in the president’s “American Rescue Plan.”

On April 24, 2021, state health authorities in Indiana, New York, Virginia, Missouri, and Michigan resumed administering Johnson & Johnson’s COVID vaccine following an 11-day federal “pause” on the single-shot inoculation. According to published reports, a review by the Centers for Disease Control and Prevention’s (CDC) advisory committee, known as ACIP, uncovered 15 cases of vaccine side effects involving potentially fatal blood clots. All were women, most under 50 years old. Three died and seven remain hospitalized. ACIP ultimately decided to lift the pause and recommended attaching a warning label to the experimental injection, to which J&J’s chief medical officer agreed to add at a later date.

The CDC’s early warning system for vaccine side effects, its 30-year-old Vaccine Adverse Event Reporting System, or VAERS, has captured thousands of other “adverse events” since the COVID-19 vaccination effort began in late 2020. Yet these complications have received a fraction of the attention paid to J&J’s blood-clotting controversy. Why? America’s Frontline Doctors (AFLDS) opposes attempts by state and federal jurisdictions to mandate vaccination for COVID-19 and supports further study by independent health officials before the Food and Drug Administration (FDA) replaces its conditional “emergency use authorization” (EUA) for the immunizations with full approval, known as a biologics license, a decision which could come as early as April or May 2021. This AFLDS Issue Brief is intended to provide additional information for concerned citizens, health experts, and policymakers about adverse events and other post-vaccination issues resulting from the three experimental COVID-19 vaccines currently administered under EUA. As always, potential vaccine recipients should weigh the available evidence on medical side effects against their particular needs free of third-party coercion, intimidation, and threats. 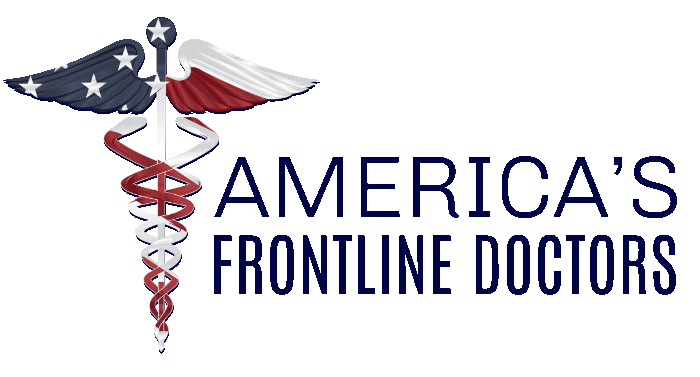 Drugmaker Pfizer expects to collect $15 billion in 2021 from sales of its mRNA experimental COVID-19 vaccine. There is an irrepressible economic incentive among pharmaceutical companies for childhood COVID-19 vaccines, boosters, and the like. Public health experts should stop and assess data on possible vaccine side effects and related post-vaccination questions before it is too late. Here are some major categories of concern as yet publicly unaddressed by either the FDA or CDC. AFLDS believes these patient concerns ought to be taken more seriously by health regulators in the United States and abroad. Failing to consider these and other “known unknowns” is a dereliction of basic medical research.

The COVID-19 vaccines are still experimental. They are currently being used on an “emergency” basis and are not FDA approved. It takes (6-8) years to be sure something new is safe. The vaccines are new as is the technology they employ. This new biotechnology introduces something called a “spike protein” instead of the traditional attenuated antigen response in a conventional vaccine. No one knows definitively the long-term health implications for the body and brain, especially among the young, related to this spike protein. In addition, if documented problems with the protein do arise, there will never be anyway to reverse the adverse effects in those already vaccinated.

In large animal studies (like horses, cows, pigs, and sheep) with mRNA vaccines, there were too many side effects (also many months later after the inoculation) that these studies were stopped and to the best of our knowledge, the last publications on mRNA in large animals were in the year 2011.

There are two major neurological concerns related to the COVID-19 vaccines. These are the spike proteins and the lipid nanoparticles which carry the mRNA into the cell. They are both capable of passing through the “blood-brain barrier” which typically keeps the brain and spinal cord completely insulated from entrants into the body. There simply has not been enough time to know what brain problems and how often a brain problem will develop from that. There is concern amongst many scientists for prion disease (neurodegenerative brain disease, like Parkinson, Kreutzfeldt-Jakob disease, Alzheimer’s, Scrapie).

Traditional vaccines do not pass through the blood-brain barrier. Crossing the blood-brain barrier places patients at risk of chronic inflammation and thrombosis (clotting) in the neurological system, contributing to tremors, chronic lethargy, stroke, Bell’s Palsy, and ALS-type symptoms. The lipid nanoparticles can potentially fuse with brain cells, resulting in delayed neuro-degenerative disease. And the mRNA-induced spike protein can bind to brain tissue 10 to 20 times stronger than the spike proteins that are (naturally) part of the original virus.

The vaccine produces many trillions of particles of spike proteins in the recipient. Patients who are vaccinated can shed some of these (spike protein) particles to close contacts by the air they exhale and sweat and other body fluids. The particles have the ability to create inflammation and disease in these contacts. In other words, the spike proteins are pathogenic (“disease-causing”) just like the full virus; but possible more aggressive courses of the disease and affect younger people as well. What is most worrisome is that a person’s body is being suddenly flooded with approx. 13 trillion of these particles and the spike proteins bind more tightly than the fully intact virus. Because of the biomimicry (similarity) on the spike, shedding appears to be causing a wide variety of autoimmune diseases (where the body attacks its own tissue) in many persons. Worldwide cases of pericarditis, shingles, pneumonia, blood clots in the extremities and brain, Bell’s Palsy, vaginal bleeding, and miscarriages have been reported in persons who are near persons who have been vaccinated. In addition, we know the spike proteins can cross the blood-brain barrier, unlike traditional vaccines.

AFLDS is concerned that some children will become COVID symptomatic after their parents and teachers got vaccinated. This concern does not relate to the risk of infection. Indeed, according to the American Academy of Pediatrics and the Children’s Hospital Association, approximately “1.6% of these children with a known case of COVID-19 have been hospitalized and 0.01% have died.” Rather, public health bureaucrats might use these cases of breakthrough transmission or symptoms to speculate that a child’s illness is related to a SARS-CoV-2 “variant,” when in reality it is a reaction to the spike mRNA vaccine. Our other concern is that children could develop long-term chronic autoimmune disease including neurological problems due to the fact that children have decades ahead of them and trillions of the spike proteins mentioned above.

AFLDS is aware of thousands of reports involving vaginal bleeding, postmenopausal vaginal bleeding, and miscarriages following COVID-19 vaccination as well as anecdotal reports of similar adverse events among those in close contact with the vaccinated. We cannot comment definitively on the close contacts yet, other than to say we have heard reports of this worldwide. But there is so much reporting of vaginal bleeding post-vaccination that it is clearly a connection between the vaccine and irregular bleeding exists. Despite this clear-cut evidence, menstrual cycle changes were not listed among the FDA’s common side effects in its phase-three clinical participants. Women’s reproductive health needs to be taken seriously rather than waved away by agenda-driven public health officials.

The continued rollout of COVID-19 vaccines moves along without due consideration of patient side effects and post-inoculation complications. AFLDS calls on state and federal health regulators to release more adverse-event-related data and conduct additional follow-up studies before the FDA fully licenses any of the vaccines currently administered under emergency use authorization. The growing body of evidence is too compelling to ignore.