Finance capitalism and the rush for natural resources

The report ‘Rogue Capitalism and the Financialization of Territories and Nature’ published today by FIAN International, the Transnational Institute and Focus on the Global South looks into the architecture of global finance and its tactics to extract wealth from natural resources. 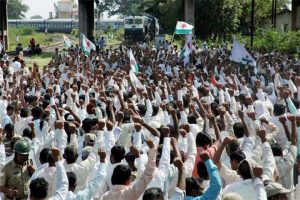 In India, the government used the COVID-19 epidemic as a justification to take hundreds of thousands of acres of farmers land and by selling it to big companies and banks, to pay their own bills. The corruption in India is tremendous and the IMF estimates that rich Indians put off-shore in private bank accounts twice the national debt. India now owes 90% of its National Product (BNP) to foreign banks and the IMF.

In September 0202, this organized land grab by the central and local governments in India caused huge upheaval and the country was on the verge of a civil war. 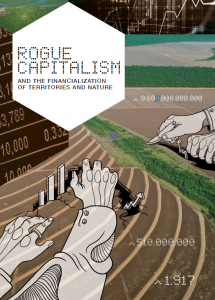 Finance capitalism has put a price tag on land and natural resources: The estimated value of the current global real estate market is $217 trillion, making land and housing a key target for financial actors.

Banks, funds, asset management companies and ultra-rich individuals use trillions of dollars gambling with land and other natural resources to make a profit. They operate through a small number of tax havens and offshore financial centers to avoid regulation and taxation.

As more than 20 examples contained in the report show, the extraction of wealth from natural resources happens through a broad range of mechanisms, ranging from the expansion of agricultural monocultures to intensive aquaculture, infrastructure projects, real estate development, mining and carbon markets. The common feature is the dispossession of local people and environmental destruction.

Big finance is a key driver of climate change: the current rush for land is fueling deforestation and greenhouse gas emissions at the same time as market-based mitigation schemes provide new investment opportunities, as illustrated by countries like Brazil and Indonesia.

Big data and digital technologies play a key role in opening up new markets and investment opportunities for the global elites and finance firms like BlackRock.

Climate change, social inequalities and the democratic crisis – the critical global challenges of our times – are all tied to an economic system that is dominated by financial markets. Global finance, the report argues, is causing ever increasing dispossession of rural and urban communities around the world, destroying their lands, rivers, forests and homes.

“After discussions with small-scale food producers’ organizations and social movements, we have come to the conclusion that what is often referred to as ‘financialization’ should rather be called ‘rogue capitalism’ because global finance’s grab of people’s territories is illegitimate and destructive, and because the involved actors actively seek to hide their operations,” says Philip Seufert, from FIAN International, one of the publishers.

Deregulation policies and new financial tools are facilitating profitable investment ventures, such as deforestation, the expansion of monoculture plantations, fossil fuels, infrastructure, carbon offsets, microcredits and digitalization. At the same time, tax havens and offshore financial centers allow them to evade accountability and taxation. For peasants, indigenous peoples, artisanal fishers and other communities, the consequences are dramatic and violence is on the rise. In addition, global warming, the COVID-19 effects and the destruction of nature continue at alarming rates.

“Our governments have created the conditions for rogue capitalism to flourish through public-private partnerships, public pension funds and development cooperation. They have further conceded a privileged seat at the table of global decision-making to financial companies like BlackRock, Blackstone and Vanguard,” says Shalmali Guttal of Focus on the Global South.

As the report highlights, digital technologies are playing a key role in transforming people’s territories and nature into financial assets. Companies collect and analyze huge amounts of data to optimize their operations. Lands, rivers, forests as well as people, plants, animals and micro-organisms are transformed into codes and algorithms to calculate risks and rates of return. As such, digital agriculture and “smart” cities pose new threats to communities.

But another world is in sight: In places like Indonesia, Argentina, Mali and Spain as well as at the UN level, social movements and organizations are opposing rogue capitalism and are realizing their vision of a world that is organized around the need of communities instead of corporate profits, as the report tells.

‘Rogue Capitalism and the Financialization of Territories and Nature’ aims to sheds light on the way contemporary capitalism works and to present critical questions to strengthen a people’s counter offensive. 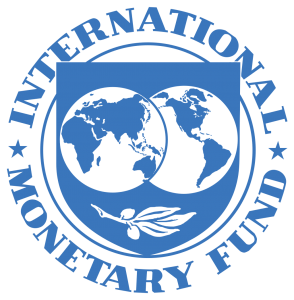 The International Monetary Fund (IMF) is an international organization, headquartered in Washington, D.C., consisting of 189 countries working to foster global monetary cooperation, secure financial stability, facilitate international trade, promote high employment and sustainable economic growth, and reduce poverty around the world while periodically depending on the World Bank for its resources. Formed in 1944 at the Bretton Woods Conference primarily by the ideas of Harry Dexter White and John Maynard Keynes, it came into formal existence in 1945 with 29 member countries and the goal of reconstructing the international payment system. It now plays a central role in the management of balance of payments difficulties and international financial crises. Countries contribute funds to a pool through a quota system from which countries experiencing balance of payments problems can borrow money. As of 2016, the fund had XDR 477 billion (about US$667 billion).

Through the fund and other activities such as the gathering of statistics and analysis, surveillance of its members’ economies, and the demand for particular policies, the IMF works to improve the economies of its member countries. The organization’s objectives stated in the Articles of Agreement are: to promote international monetary co-operation, international trade, high employment, exchange-rate stability, sustainable economic growth, and making resources available to member countries in financial difficulty. IMF funds come from two major sources: quotas and loans. Quotas, which are pooled funds of member nations, generate most IMF funds. The size of a member’s quota depends on its economic and financial importance in the world. Nations with larger economic importance have larger quotas. The quotas are increased periodically as a means of boosting the IMF’s resources in the form of special drawing rights.

The current Managing Director (MD) and Chairwoman of the IMF is Bulgarian economist Kristalina Georgieva, who has held the post since October 1, 2019. Gita Gopinath was appointed as Chief Economist of IMF from 1 October 2018. Prior to her IMF appointment she was economic adviser to the Chief Minister of Kerala, India.