Good-Bye to Eric Hoorn as the General School Director in Alkmaar, the Netherlands 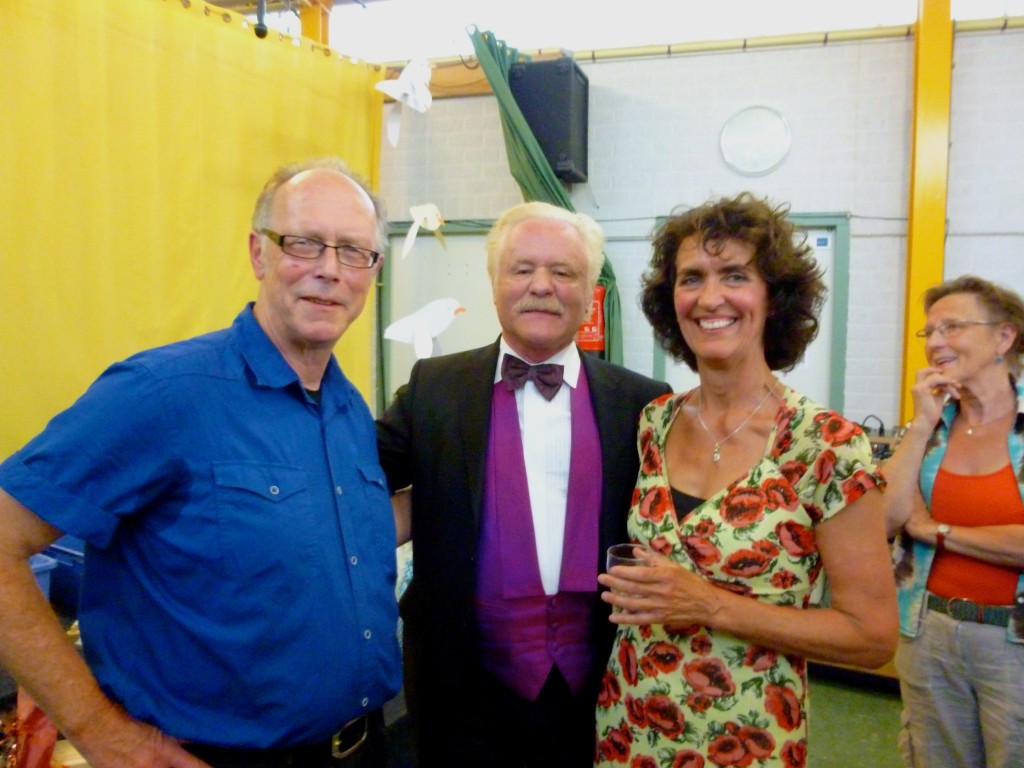 Eric Hoorn turned 64 years on April 20th, 2014. He decided to retire from his position he took for many years as the General Director of a few High Schools in Alkmaar in the Netherlands in 2014. A farewell party was organized at one of the schools on July 3rd, 2014.

Eric Hoorn is a patient at the Medical Center Cologne (MCC) in Germany since 2006 for his rapidly progressing malignant melanoma. Quickly, his generalized metastases disappeared and new metastases did no longer occur. After one year, all his repetitive scans showed no longer tumor activity, and his routine scans and follow-up visits have been discontinued recently. You can watch the documentary on Eric Hoorn’s experience with cancer here.

Robert Gorter jumped in his car on that day and drove up and down 320 km each way to congratulate Eric and his wife Lieneke in person.