Super-Distributed Vaccines have been created that can be passed from one person to another. Informed Consent no longer exists. The COVID-19 Vaccines are already designed that way via Shedding of Spike proteins and Prions 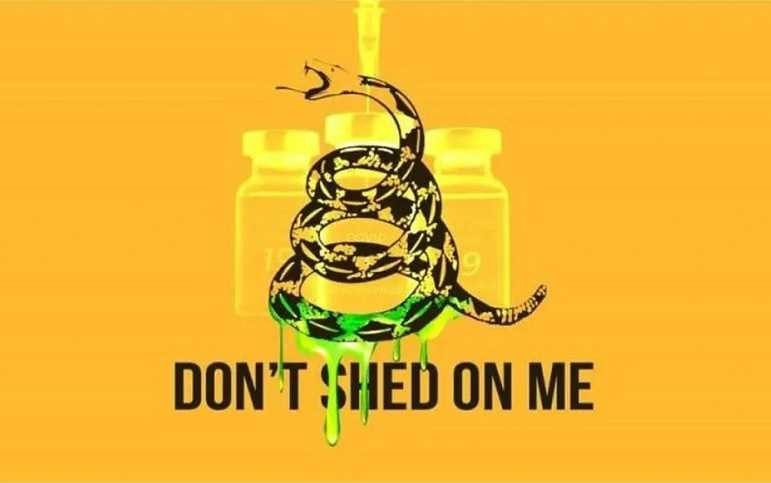 In October 2018, the Johns Hopkins Bloomberg School of Public Health published a report that, if they did not know better, might make readers think the authors were involved in the gain-of-function research that likely created this virus. The report, entitled “Technologies to Address Global Catastrophic Biological Risks,“ provides new ideas for social control and mRNA vaccination to cope with emerging pandemics” whether they arise naturally or re-emerge, or which are deliberately created and released, or have been developed in a lab and escaped – which could lead to a sudden, extraordinary, widespread disaster beyond the collective capabilities of national and international organizations and the private sector,” reports Theblaze.com.

One of the many spine-chilling chapters in this publication (pp. 45-47) contains a blueprint for “self-spreading vaccines,” which are described as vaccines “that have been genetically engineered to spread through populations in the same way as communicable diseases, like cold- and flu viruses but which, instead of causing disease, offer protection.”

After noting that such an idea would violate the rules of informed consent (the irony!), and potentially spread allergic reactions, they add this shocking prediction about the challenge of such a technology:

Finally, there is a non-negligible risk of the vaccine virus reverting to wild-type virulence, as has sometimes happened with the oral polio vaccine — which is not intended to be completely virulent or transmissible but has in some cases reverted to be both neuro-virulent to be transferable. This is both a medical risk and a risk to public opinion; the possibility of vaccine-induced disease would be of great concern to the public.”

Whether this vaccine actually transfers the spike protein to other people has not yet been proven (although Pfizer seems to indicate that it can spread via skin-to-skin contact or “inhalation” ), but the principle of mass vaccination with a flawed vaccine that makes a virus both transmissible and more virulent is something that can hardly be denied at this point. The reality is that in 2021 when most adults (and almost all seniors) were vaccinated, more people died from COVID-19 than in 2020 when no one was vaccinated. Something isn’t right, and perhaps those who have dabbled in gain-of-function research for the past few years have the answer.

According to the latest report from Public Health England, the only country with detailed weekly data, the number of COVID-19 cases per capita is higher among those vaccinated in every age group over 30. Among the 40-year-old, the number of cases is higher; almost twice as high among the vaccinated, for a vaccination efficiency – at least against infection – of a staggering minus 86%.

Anyone who tells you that this is normal and to be expected is simply lying to you. These numbers are getting worse every week. The bottom line is that cases spread faster, even out of season, after the vaccine. It would be one thing if the virus became more transmissible and less deadly, which we normally experience in a natural pandemic. However, the opposite is true. This virus has taken a painful toll on both the vaccinated and the unvaccinated in recent months, a phenomenon that can very well be explained by a leaky vaccine that fails to sterilize the virus, but causes viral immune escape and some degree of vaccine-mediated amplification.

In addition, the idea that the vaccines somehow prevent death is simply not true, especially after they started to leak in efficacy after the first few months. We simply do not find a correlation between higher vaccination coverage and better results anywhere in the world. In fact, Israel is practically a textbook example of a leaky vaccine that causes some degree of viral enrichment.

To attribute this to the “Delta variant” makes no sense. When England got the first Delta round in May of 2021, about two months before the American South was crushed and before Israeli investigations showed the vaccine was leaking, Delta was in fact much less virulent (described as a common cold). At the time, we personally dismissed it as more of a cold because I expected this virus to continue to behave as a natural virus would. Then the American South and Israel were hit hard. Now England also has to deal with a higher death rate. My friend online called “Gato” has on his Substack page posted this useful chart, which shows that the death rate is gradually increasing, not decreasing, as vaccination rates rise in England.

Lab in Wuhan: Viruses genetically modified with CRISPR and built into human cells

Again, this makes no sense, according to the media narrative. It is impossible that a small percentage of unvaccinated adults are responsible for the greater spread and virulence of the virus, especially since we are seeing more cases per capita among those vaccinated over the age of 30. What is clear is that this virus took a turn for the worse about half a year after the vaccines started leaking transmission. Then it hit the unvaccinated first – just as we saw with the leaky chicken vaccine with Marek’s disease – because the vaccinated still had some measure of preventive protection.

But now, unlike the chicken vaccine, the COVID shots have leaked out so much that protection against critical illnesses is also rapidly diminishing. A new Israeli survey of Sheba Medical Center hospital staff, published in the US New England Journal of Medicine, finds that the Pfizer shot declines most sharply around six months in the over-65s and those with health problems — the very people before who we needed this protection.

A study prepared by Humetrix for the Ministry of Defense dubbed “Project Salus,” tracked 20 million Medicare beneficiaries from January to August 21 and found that the vaccinated share of COVID hospital admissions rose steadily with both vaccines after three to four months and sharply after six months (as the Israelis found). At the end of July, 71% of all cases and 61% of all hospital admissions were among the vaccinated. While more than 80% of seniors are vaccinated, the percentage of hospitalized COVID patients over 65 who are vaccinated today is likely much closer to their share of the population, given the accelerated decline each week. As with any other study, these data also include those who have had one vaccination or within two weeks of the second vaccination as “unvaccinated”,

In an email to the Vermont Daily Chronicle, the Vermont Department of Health admitted that 76% of deaths in the state in September were among the vaccinated. They tried to excuse the number by noting that this is a very old population that was almost universally vaccinated, but this is still a huge failure because it was these people who needed the protection more than anyone else.

A new large study in the New England Journal of Medicine by Weil Cornell Medicine-Qatar found that the Pfizer vaccine declined very quickly after four months. After seven months, adjusting for those in Qatar who had been previously infected, the Pfizer shot was -4% effective against transmission and only 44.1% effective against severe disease. Also, the effectiveness against asymptomatic infection was -33% after seven months, suggesting that it is the vaccinated who have become the superspreaders. Many people have been vaccinated nine to ten months ago.