You can’t learn from a history that has been deleted but rather, we will be doomed to repeat it 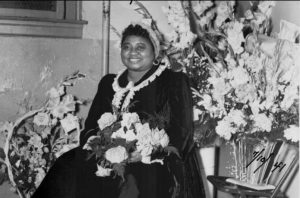 Gone with the winds of change? Actress Hattie McDaniel, who received an Oscar for her performance as Mammy in Gone with the Wind. Family photo album / Wikimedia

The “memory hole” is one of the most haunting images in George Orwell’s dystopian novel Nineteen Eighty-Four. Used by government workers at the Ministry of Truth, this chute in the wall enabled Oceania’s one-party government to edit history at will and incinerate all evidence of their propagandistic deeds:

“Every record has been destroyed or falsified, every book was rewritten, every picture has been repainted, every statue and street building has been renamed, every date has been altered. And the process is continuing day by day and minute by minute. History has stopped. Nothing exists except an endless present in which the Party is always right.”

In the weeks following the murder of George Floyd, multiethnic mobs who haven’t read Orwell have been busy trying to memory-hole statues, monuments and street names across the Western world.

The first big story to hit the media was when crowds cheered in Bristol, England, as a statue of 17th-century slave trader Edward Colston was pulled down, stomped on, and tipped into the river.

In the United States, jeering throngs managed to decapitate a statue of Christopher Columbus in Boston and pull another one down outside of the Minnesota State Capitol. In Sydney, Australia, police were forced to guard a statue of explorer Captain Cook after it was defaced, and when further plans to topple it was made public.

Originally, this seemed to be a campaign against memorials of slavers and early explorers. But it has since morphed into a protest against almost any historical figure whose crimes involve being white, male, and dead.

In central London, a statue of Winston Churchill, the British Prime Minister who led the nation in the defeat of the Nazis, has been targeted. First, vandals defaced it with the word “racist”—and then it was boarded up by authorities to prevent its destruction. The irony here is stark: so-called anti-fascists are trying to erase a literal anti-fascist from memory. 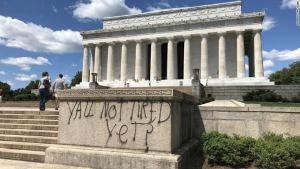 Abraham Lincoln is one of the most loved presidents in American history. But this didn’t stop one protester from spraying graffiti on the iconic Lincoln Memorial in Washington, DC, and many others from tagging the Lincoln statue in London.

As the protests have gone global, so too has the ignorance of Lincoln’s historical influence and significance, where monuments paying homage to the 16th president of the USA have been subject to mob vandalism abroad. Lincoln might have taken a bullet to the head for his life’s work but that’s not enough for the new left-wing outrage circus, because with this group paradoxically trying to rewrite history, nothing will ever be enough to atone for past generations’ sins.

Even a Matthias Baldwin monument in Philadelphia was tagged with the words “murderer” and “colonizer”. Baldwin stood doggedly against slavery in the early 1800s, long before it was fashionable. Never mind, he too must go down the memory hole.

If this crusade couldn’t grow any more bizarre, we have now seen the “don’t mention the war” episode of Fawlty Towers scrubbed from UKTV. Likewise, HBO Max has pulled Gone with the Wind from its streaming service for its depiction of slavery. This blockbuster, by the way, starred Hattie McDaniel, the first black woman to win an Academy Award. Fortunately, it sounds like both of these decisions will now be reversed. 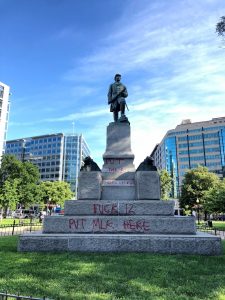 Abolitionist icon Matthias Baldwin in Philadelphia also bore the brunt of protestor rage despite having championed philanthropies promoting the education of black children in the run-up to the Civil War and paid teachers out of pocket. Baldwin was also an ardent defender of black voting rights whose opposition to slavery led to great personal cost when the south boycotted his locomotive engines. None of that mattered to rioters, however, who spray-painted the words “murderer” and “colonizer” near his name. 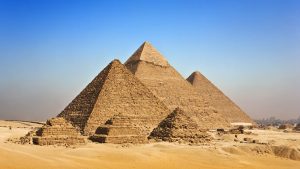 Three pyramids of Geza near Cairo, Egypt (3600 BC) as they stand today

Almost 5.000 years ago, these magnificent pyramids in Egypt were built (in part) by slaves: must we now demolish them too?

I believe a good case can be made for why statues of slave owners or Confederate soldiers should be reinterpreted with new signage, or perhaps even moved to a museum. But cancel culture turned cancerous the second we were no longer allowed to remember our civilization’s heritage.

Those who don’t know history are destined to repeat it, so the maxim goes. We must remember that a culture’s memorials aren’t all there in praise of that culture’s forebears. Think Auschwitz, the slave-built Pyramids—or the Colosseum, which Michael Cook has satirically suggested must also be razed to the ground.

Some memorials that do celebrate past heroes were erected by contentious people in contentious times. Mount Rushmore’s four presidents were carved on stolen land by a man with ties to the Ku Klux Klan. Should it be demolished? Do we bulldoze the work of every chauvinist architect since the Renaissance? How far must the purification go?

Far better than cancellation and destruction is education.

A bit of education certainly would have helped those who tried to memory-hole Matthias Baldwin and other historical heroes in the recent puritanical purge.

Understanding our history, rather than just raging against it, enables us to debate the good, the bad, and the ugly of every era and learn from all of it. We have a lot to learn, not just from those who were memorialized, but also from those who did the memorializing. If we are willing to listen to our ancestors, we can benefit from understanding both their masteries and their many mistakes

See, the cancel artists reveal at least as much about themselves as the historical figures they seek to erase. They display a deeply judgmental impulse by enforcing on people of centuries past, moral standards that we hardly agreed on five minutes ago.

They assume that they alone would have acted differently if they had grown up in the same circumstances. They seem to hope that if a line can be drawn under George Floyd’s murder and if everything before that can be forgotten the world might be a better, purer place.

But in trying to delete the past like their browser history, they miss what Aleksandr Solzhenitsyn understood after staring Soviet totalitarianism in the face:

“If only it were all so simple! If only there were evil people somewhere insidiously committing evil deeds, and it were necessary only to separate them from the rest of us and destroy them. But the line dividing good and evil cuts through the heart of every human being.”

We may make all sorts of progress. But prejudice is a difficult weed to eradicate from the human heart—as the cancellers themselves remind us. Because of this, all of us desperately need the past. We need it, at the very least, to hold ourselves accountable.

Kurt Mahlburg is a teacher and freelance writer, writing for the Canberra Declaration and occasionally the Spectator Australia. He also blogs at kurtmahlburg.blog 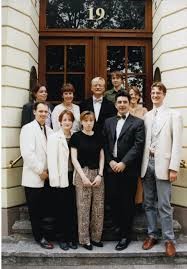 Robert W. Gorter, MD, PhD, (center with bow tie) and his team at his European Institute for Oncological and Immunological Research at the Freie Universität Berlin (Germany) 1994-2000. www.gorter-model.org and blog: www.robert-gorter.info

One thought on “You can’t learn from a history that has been deleted but rather, we will be doomed to repeat it”