WHO’s “investigation” into the Wuhan lab was conducted in part by Marion Koopmans, who is a well-paid Adviser to the Chinese Communist Party. 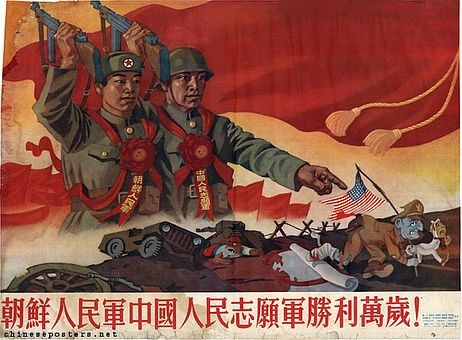 How might a truly unbiased, independent investigation occur if the investigator enjoys a financial relationship with the powerful entity that is under investigation? This is the case with Marion Koopmans, a professor of public health virology at Erasmus MC in Rotterdam, the Netherlands, and a scientific advisory group member for the World Health Organization (WHO).

She was part of the team of WHO researchers who met with the Chinese to investigate the origins of the Wuhan coronavirus (SARS-CoV-2). She joined a team of researchers who were led through the Chinese markets and into the Wuhan Institute of Virology, where gain-of-function virus research has been off-shored from the U.S. for years (by NIH and Pentagon). The “investigation” – finally allowed to commence in 2021 – has been an absolute joke, so far. WHO continues to kowtow to communist China, adamant that COVID-19 was not China’s fault, that it never escaped the Wuhan lab.

WHO’s Marion Koopman is a CCP asset. China blocked for more than year a formal visit by the WHO to investigate what might have happened in the Lab in Wuhan. One year is long enough to erase any clues.

In mere weeks after following CCP leaders around and accepting their analysis on the origins of COVID-19, the WHO researchers assert that it’s “extremely unlikely” the virus came from the Wuhan lab, even after China spent months hiding all the relevant data and keeping the world in the dark.

One of the people who agreed that China is not at fault is Marion Koopman. Strangely enough, she previously served as a well-paid advisor to the Chinese Center for Disease Control and Prevention. She also authored studies that were funded by grants issued by the Chinese government.

Included in Koopman’s professional biography is the admission that she once served as a “member of the scientific advisory board of the Guangdong Provincial Center for Disease Control and Prevention.” Koopman previously advised Chinese regulators on the necessary building and laboratory capacity to contain emerging infectious diseases and how to best detect them before they lead to outbreaks, or worse – become a pandemic. She is intimately connected to Chinese regulators and takes part in ongoing research collaborations in Guangdong to understand the spread of viruses through the animal production chain.

One the inside, Koopman knows how the Chinese work. With her lax position toward the Chinese, she is currently a strategic asset to the CCP, someone who could potentially cover-up any trail of bio-terrorism or unintentional leak from a Chinese laboratory. With her position at WHO, she stands to protect the nation that continues to pay her in grant money. Koopmans has authored journal articles and scientific research papers exclusively for the CCP, paid for by the communist party and their collaborators.

Her most recent study was published in July 2020. The study explores the genomic epidemiology to trace the origins of a highly infectious influenza strain in Guangdong. This study was backed by China’s National Key Research and Development Program and the National Key Research and Development Program. This isn’t an isolated incident. Koopmans depended on China’s state-run China Scholarship Council multiple times to conduct reports on rotavirus, calcineurin, norovirus, and migration.

In 2014, Koopman led a study on Influenza A (H7N9). This study was financially supported by China’s Ministry of Public Health. In 2017, Koopman took grant money from Guangdong Provincial Science and Technology Programme and the National Key Development Program in China to promote research on the Zika virus. Koopman’s long-running history with the CCP means she is compromised and cannot be trusted at the World Health Organization. But can the WHO be trusted anyway with its financial links o Bill & Melinda Gates Foundation and many other philanthropic billionaires?