This article has been written by Asma T. Uddin, a Muslim religious liberty lawyer and scholar, who undoubtedly knows very well that when Bennett, McCarthy, Flynn and others say that Islam is a political ideology, they are 100% correct.

The efforts to get accommodation for Muslim women wearing hijabs in the workplace are not the same thing as Christian bakers refusing to bake a cake for a gay wedding, because the Christian bakery is not part of a larger effort to establish and reinforce the principle that wherever Christian belief and practice conflict with American law, it is American law that must give way. But there is a large-scale and ongoing effort, as longtime readers of the Geller Report well know, to establish and reinforce the principle that wherever Islamic law and American law conflict, American law must give way. 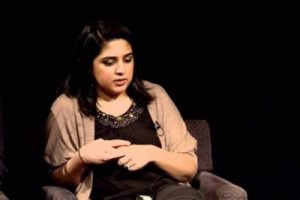 The larger question is whether the protections afforded by the First Amendment give Muslims — or anyone else — permission to break other American laws. If some odious practice is enshrined in sharia, such as FGM or the killing of apostates or honor killings, does that mean we have to allow it in America, because of the First Amendment? That question is on the table now in the trial of the FGM doctors in Detroit, who are using religious freedom as a defense. If they win, the door will be open for Muslims to commit any crime at all, as long as they can argue that it is sanctioned by sharia.

Religious liberty has become a particularly politicized topic in recent years, and recent months were no different. In a long-awaited June decision, the USA Supreme Court decided in favor of a Christian baker who refused to make a custom wedding cake for a gay couple. In July, Attorney General Jeff Sessions introduced a “religious liberty task force” that critics saw as a mere cover for anti-gay discrimination. And Judge Brett Kavanaugh’s record has been scoured for evidence of what his appointment to the Supreme Court would mean for future decisions in which Christian beliefs clash with law and policy.

But when it comes to religious liberty for Americans, there’s a disturbing trend that has drawn much less attention. In recent years, state lawmakers, lawyers and influential social commentators have been making the case that Muslims are not protected by the First Amendment.

Why? Because they argue rightfully that Islam is not a religion. 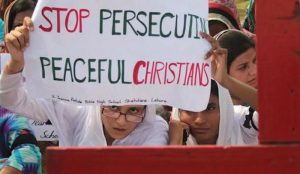 Murdering of Non-Believers is part of Sharia

This once seemed like an absurd fringe argument. But it has gained momentum. John Bennett, a Republican state legislator in Oklahoma, said in 2014, “Islam is not even a religion; it is a political system that uses a deity to advance its agenda of global conquest.” In 2015, a former assistant United States attorney, Andrew C. McCarthy, wrote in National Review that Islam “should be understood as conveying a belief system that is not merely, or even primarily, religious.” In 2016, Michael Flynn, who the next year was briefly President Trump’s national security adviser, told an ACT for America conference in Dallas that “Islam is a political ideology” that “hides behind the notion of it being a religion.” In a January 2018 news release, Neal Tapio of South Dakota, a Republican state senator who was planning to run for the United States House of Representatives, questioned whether the First Amendment applies to Muslims….

The fear is not limited to mosque cases. There have been legislative efforts in 43 states to ban the practice of Islamic religious law, or Shariah law; 24 bills were introduced in 2017 alone, according to the Haas Institute at the University of California, Berkeley. This year, Idaho introduced an anti-Shariah bill, bringing the number of measures introduced since 2010 to at least 217. Of those, 20 have been enacted.

The laws’ backers seem to see them as necessary stopgaps to protect against their imagined Muslim takeover of America. When an Idaho state representative, Eric Redman, a Republican, introduced his anti-Shariah bill in January, he said it was needed so that “foreign law” would not “defile our constitutional laws” and to “protect our state and our country.” That’s a similar sentiment to the one expressed by the conservative political activist Pamela Geller, who argued in a 2016 commentary published by Breitbart that Muslim women seeking accommodations to wear a head scarf in the workplace are part of a “Muslim effort to impose Islam on the secular marketplace.” 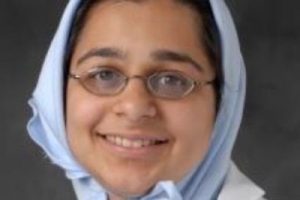 This doctor Jumana Nagarwala who conducts regularly Female Genital Mutilation (FGM) claims religious freedom to justify their savagery. If she would win, it would set a precedent that one can break any existing laws if one’s religion demands it. The doors will be opened for jihad activity, wife-beating, honor killings, capital punishments and every other criminal action justified by Islam.

Early 2018 in the USA, a 7-year-old girl from Minnesota entered an examination room at a clinic just outside of Detroit. Thinking this was a regular visit, she allowed the doctor to remove her pants and underwear and place her on the examination table. Suddenly, while two women in the clinic held her hands, the physician spread her legs and cut her clitoris. Two months later she told investigators the pain ran down to her ankles and she could barely walk.

In April Dr. Jumana Nagarwala, who performed the procedure, was charged with conspiracy to commit female genital mutilation. Dr. Fakhruddin Attar, the owner of the since-closed clinic, was also charged. Investigators suspect Ms. Nagarwala may be involved in about 100 other cases, and the trial starts in October of 2018. This marks the first time a female genital mutilation case is going to federal court in the USA. The lawyers for the Michigan physician will argue the girl “underwent a benign religious procedure.” This is a dangerous hypocrisy with far-reaching consequences.

Female genital mutilation has been illegal in the U.S. since 1996. Yet a 2012 study in the journal Public Health Reports estimates that more than 500,000 girls in the U.S. have undergone the procedure or are at risk. These girls live all over the country, with larger concentrations in California, New York and Minnesota. Most go through this process in secret, and only 25 states have laws that criminalize the procedure. In Maine, the American Civil Liberties Union has opposed a bill to do so on the ground that “the risk of mutilation isn’t worth expanding Maine’s criminal code.”

The physician’s lawyers announced they will craft a religious-freedom defense. And they may be astute enough to get away with it. The all-star team includes constitutional law scholar and O.J. Simpson lawyer Alan Dershowitz, along with Mayer Morganroth, who represented assisted-suicide champion Dr. Jack Kevorkian for more than 15 years. They are funded by an international Muslim organization called Dawat-e-Hadiyah.

Dawat-e-Hadiyah states further its organization is not required to file an annual return because it is a church: a Muslim Mosque.

Acts as an umbrella or resource body