“It’s OK that Muhammad married a child because people didn’t live as long back then” – Really?

Still today, one can find Muslims who deny that Muhammad married Aisha when she was six and consummated the marriage with she was nine. This is in spite of Aisha’s own words, e.g.:

“Narrated ‘Aishah that the Prophet wrote the marriage contract with her when she was six years old and he consummated his marriage when she was nine years old, and then she remained with him for nine years (i.e. till his death).”[1]

“The Messenger of God came to our house and men and women of the Ansar gathered around him. My mother came to me [Aisha] while I was being swung on a swing between two branches and got me down. Jumaymah, my nurse, took over and wiped my face with some water and started leading me. When I was at the door, she stopped so I could catch my breath. I was then brought [in] while the Messenger of God was sitting on a bed in our house. [My mother] made me sit on his lap and said, “These are your relatives. May God bless you with them and bless them with you!” Then the men and women got up and left. The Messenger of God consummated his marriage with me in my house when I was nine years old.”[2]

And numerous Muslim scholars have also reported these ages of six and nine in many authoritative works over the centuries.[3]

Consequently, there are many Muslims today who do acknowledge these ages, but they rationalize it by claiming that since people on the Arabian Peninsula in the 7th Century did not live as long as we do today, things like marriage had to be done at much earlier ages. Is this true? 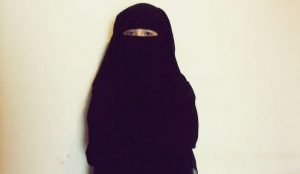 The Wives of Muhammad and Their Ages at Death:

Muhammad’s fifth wife, Zaynab bint Khuzaimah, was the exception among Muhammad’s wives in terms of age at death. Leaving Zaynab out of the equation, we find that Muhammad’s other wives died when they were between 51 and 84 years old; the average age of death was 67.7 years. Aisha herself lived to be 66.

The “Rightly Guided” Caliphs and Their Ages at Death[15]

These are the first four Muslim leaders after Muhammad died. They were called “Rightly Guided” because they are believed to have held the most firmly to the teachings and example of Muhammad.

Muhammad died at age 62. We can see that three of his four successors also lived into their early sixties, with the fourth even reaching the age of 80 before he was assassinated.

Other Important Muslims and Their Ages at Death:

Let’s consider some other Muslims notable enough to be listed in various writings:

Salman Al-Farisi (known for his knowledge about Islam) – over 70

As we can see, these Muslims lived to between 60 and 87 years of age.

What immediately jumps to mind is the fact that those listed above actually lived life spans that are pretty common in our time. In terms of Muhammad’s eleven wives, with the exception of one, their average age of death was 67.7 years. And Aisha herself lived to be 66.

These facts refute the claim that the only reason Muhammad married a six year old child and consummated their marriage when the child was nine was because folks didn’t live as long back then.

The reality is that Muhammad married a child and consummated that marriage with the child simply because he wanted to and he could. 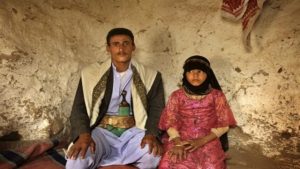 Dr. Stephen M. Kirby is the author of five books about Islam. His latest book is The Lure of Fantasy Islam: Exposing the Myths and Myth Makers. 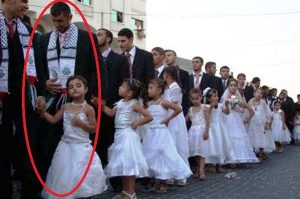 An 8 year old Yemeni child bride, a mere girl, recently died on her wedding night from internal hemorrhaging. She was married to a man five times her age. As disgusting as the tradition of marrying off children to much older men is, it is unfortunately till today common practice in Yemen and many Islamic countries around the world. More than a quarter of the female population is for three days in labor, attempting to give birth to a baby. Countless other children have been subjected to similar atrocities.being married before the age of 15. In 2010, a 12 year-old girl passed away after struggling